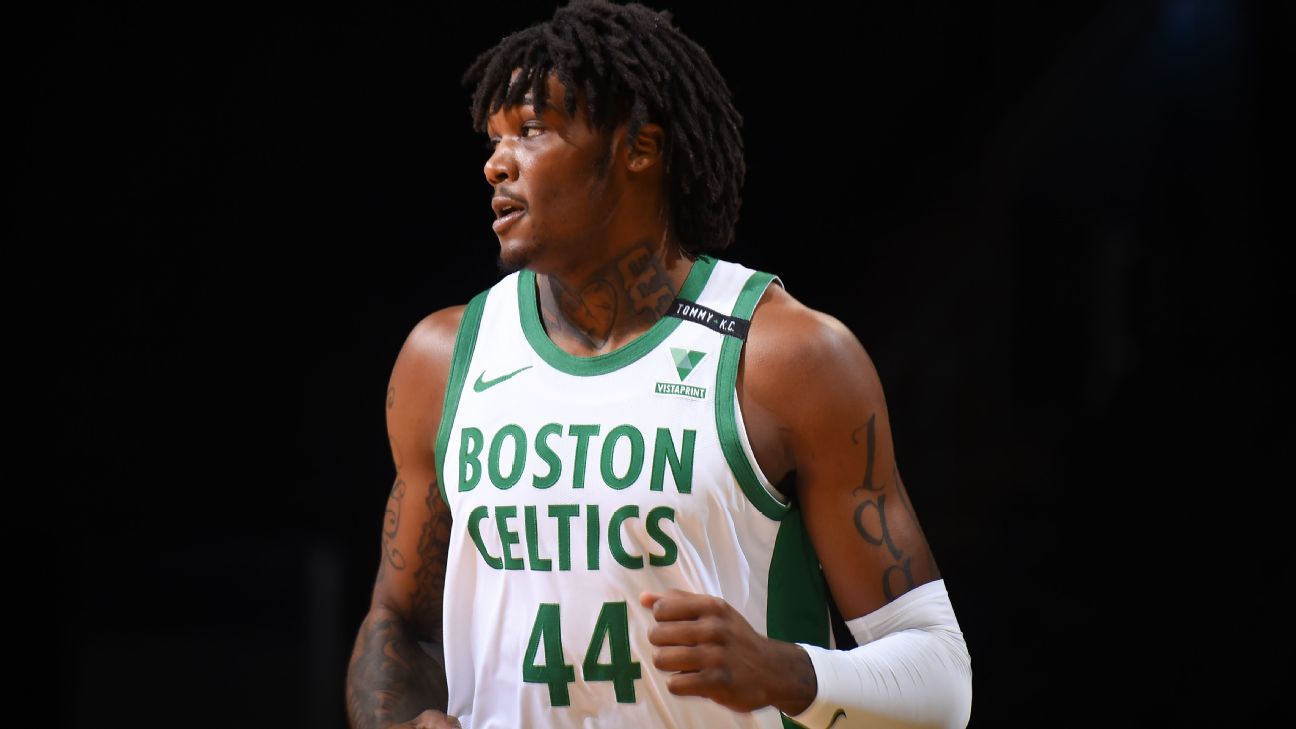 Boston Celtics center Robert Williams III had another procedure on the same knee he suffered a torn meniscus.

With veteran forward Danilo Gallinari already out for the regular season or longer, Boston’s frontcourt is disturbingly thin in terms of proven depth.

Pundits are already debating how this could impact the rest of the offseason.

The hosts of the CLNS Media “Garden Report” got together as soon as the bad news started making the rounds on Tuesday afternoon and talked through how it might change the Celtics’ offseason plans.

Williams initially suffered the injury during a victory against the Minnesota Timberwolves on March 27.

He and the team weighed multiple surgical options, settling on removing the cartilage’s torn portion.

That surgery allowed Williams to return sooner than expected.

He came off the bench in Game 3 of the Celtics’ first-round playoff series against the Brooklyn Nets on April 23, less than four weeks from the injury.

Williams played Boston’s next five games, returning to the starting lineup, before suffering a bone bruise in the same knee during Game 3 of the Eastern Conference semifinals.

He missed the final four games of the Milwaukee Bucks series, only to return for Game 1 of the conference finals.

Williams missed just one more game in the playoffs, despite a collision between his knee and teammate Marcus Smart in Game 2 of the Finals.

Should Williams not return in four weeks, Boston will begin this coming regular season on Oct. 18 with a shallow frontcourt.

The Celtics traded reserve center Daniel Theis to the Indiana Pacers in the deal for guard Malcolm Brogdon over the summer.

The 36-year-old Horford started at power forward last season and split his 29 minutes per game with stints at center.

Luke Kornet is the only other center on the roster with a guaranteed salary on his NBA contract.

Grant Williams can play up a position, although the Celtics avoided playing him significant minutes at center.

More concerning is the long-term impact for Williams. He fell to the 27th pick in the 2018 NBA draft due to concerns about the potential for chronic injuries to both of his knees.

The Celtics have been cautious with Williams early in his career, holding him to fewer than 20 minutes per game for his first three seasons, when he averaged 38 appearances a year.

His workload increased to 30 minutes per game this season, resulting in career-high averages of 10 points, 9.6 rebounds, 2.2 blocks, and two assists, but he limped to the finish.

Robert Williams III is entering the first season of a four-year, $48 million contract extension he signed in August 2021.