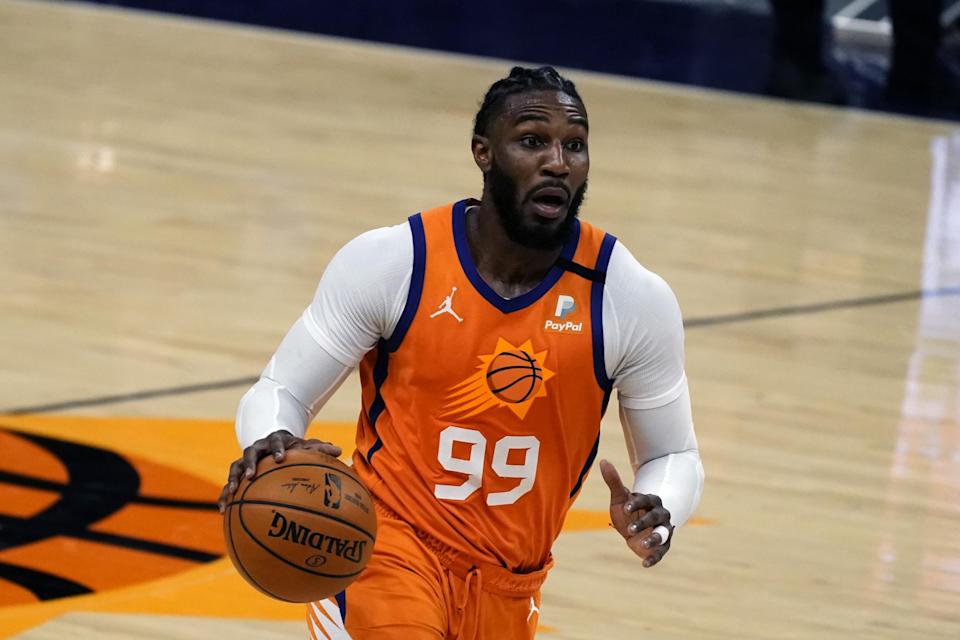 Phoenix Suns forward Jae Crowder is being actively shopped by his team after making it clear he wants out of Phoenix.

Beyond the rumors around the league all summer, there was Crowder pinning an Instagram comment about the Heat trading to get him back.

The Suns are likely to give Cam Johnson a lot of Crowder’s minutes this season to get more shooting on the floor, and Phoenix is one of the teams in the mix for a Bojan Bogdanovic trade with Utah, according to multiple reports.

ESPN’s Brian Windhorst said on NBA Today the Suns are talking to teams about a Crowder trade.

“They are very active in this last week conducting business,” Windhorst said. “They’re in trade negotiations right now. A lot of them are centered around Jae Crowder. Jae Crowder is a player who is available on the market right now.”

The Heat are looking for help at the four after P.J. Tucker left and have interest in Crowder (as well as Bogdanovic).

Miami could send back more shooting to Phoenix in the form of Duncan Robinson.

However, to make that work, the Suns would have to throw in another player, Cameron Payne or Torey Craig, and would likely want a pick or rookie Nikola Jovic from the Heat as well.

Boston is looking for depth at the four after the ACL injury of Danilo Gallinari and would have Crowder interest, but it’s very difficult to make the salaries match in a trade that would work for Boston.

New York also has been rumored and would put Cam Reddish in any trade.

However, they would still need to throw in more players to make the salaries match (Obi Toppin works but is too steep a price, Immanuel Quickley also works, but the Knicks should be hesitant to trade good young players for the 32-year-old Crowder).

Expect Jae Crowder to be on a new team by the time the season starts. It’s a case where both player and team are ready to move on from their relationship.