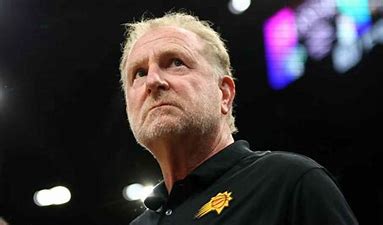 Sarver will work with the NBA to appoint an interim governor to oversee the Suns in his absence, ESPN’s Baxter Holmes reports.

The league launched the investigation into Robert Sarver following a November 2021 article published by Holmes, whose interviews with more than 70 current and former Suns employees revealed a history of alleged “racially insensitive language,” “misogynistic” behavior and other hostile workplace misconduct.

The law firm of Wachtell, Lipton, Rosen, and Katz was commissioned to conduct the investigation. Led by partners David Anders and Sarah Eddy, the investigation featured 320 interviews and the review of more than 80,000 “documents and other materials, including emails, text messages and videos.” The firm’s findings formulated a 43-page report that was made public in coordination with the NBA’s news release.

The investigation revealed the following key findings, as laid out in the report:

In addition to the suspension and fine, Sarver must complete a training program “focused on respect and appropriate conduct in the workplace.”

The Suns and Mercury are also mandated to hire an independent firm to “evaluate and make recommendations with respect to workplace training programs, policies and procedures, and hiring and compensation practices, with a focus on fostering a diverse, inclusive and respectful workplace.” Regular workplace culture surveys and reports to the league office are also required.

The punishment for Robert Sarver falls between the two other most severe penalties in league history.

The NBA will donate Sarver’s $10 million fine to organizations “committed to addressing race and gender-based issues in and outside the workplace.” The league’s statement said Sarver “cooperated fully with the investigative process.” However, according to Holmes and ESPN colleague Adrian Wojnarowski, Sarver took issue with his suspension and fine during what became a “largely acrimonious” punitive process.

“Good leadership requires accountability,” Sarver said in a statement Tuesday. “For the Suns and Mercury organizations, that begins with me. While I disagree with some of the particulars of the NBA’s report, I would like to apologize for my words and actions that offended our employees. I take full responsibility for what I have done. I am sorry for causing this pain, and these errors in judgment are not consistent with my personal philosophy or my values.

“I accept the consequences of the NBA’s decision.”