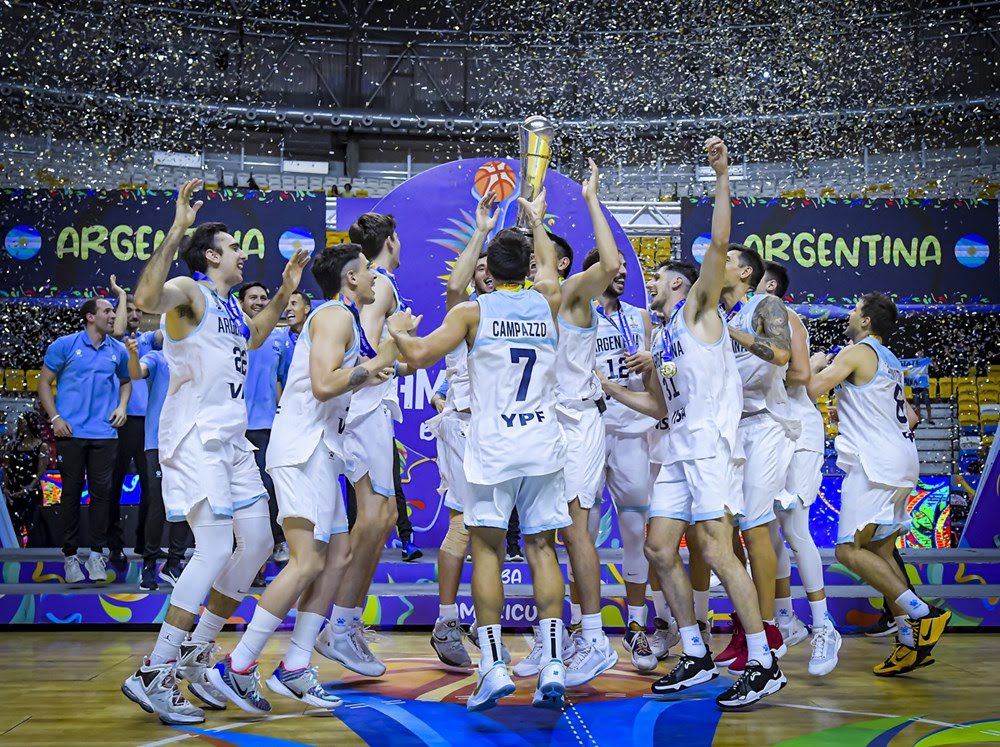 Argentina defeated Brazil 75-73 to win the FIBA AmeriCup 2022 with a perfect 6-0 record in the tournament.

Argentina took off to a 14-4 lead, led by as many as 15 points in the second quarter, and finished up 10 points at the end of the half.

Still, Brazil came out strong in the third quarter and won the second half but fell short by two.

Gabriel Deck led all scorers with 20 points on 42.9 percent shooting from the field and 60 percent from 3-point range and was named TCL Player of the Game.

It’s the third time in four AmeriCup meetings that Argentina has gotten the best of Brazil and their 11th AmeriCup in a row.

“Our guys did an amazing job putting the first, second, third effort defensively. We talked before the game that they’re [Brazil] gonna give us, at some point, an opportunity. We didn’t know if it was gonna be early in the game, in the middle of the game, or in the end of the game. It was probably early. It helps us to take the lead and manage the game. But we knew that they were gonna bounce back. We talked about being ready for that punch. I think we absorbed it and then, in the end, we have more patience, more calm.”

Argentina’s win came the day after former Argentina star Manu Ginobili was enshrined in the Naismith Basketball Hall of Fame.