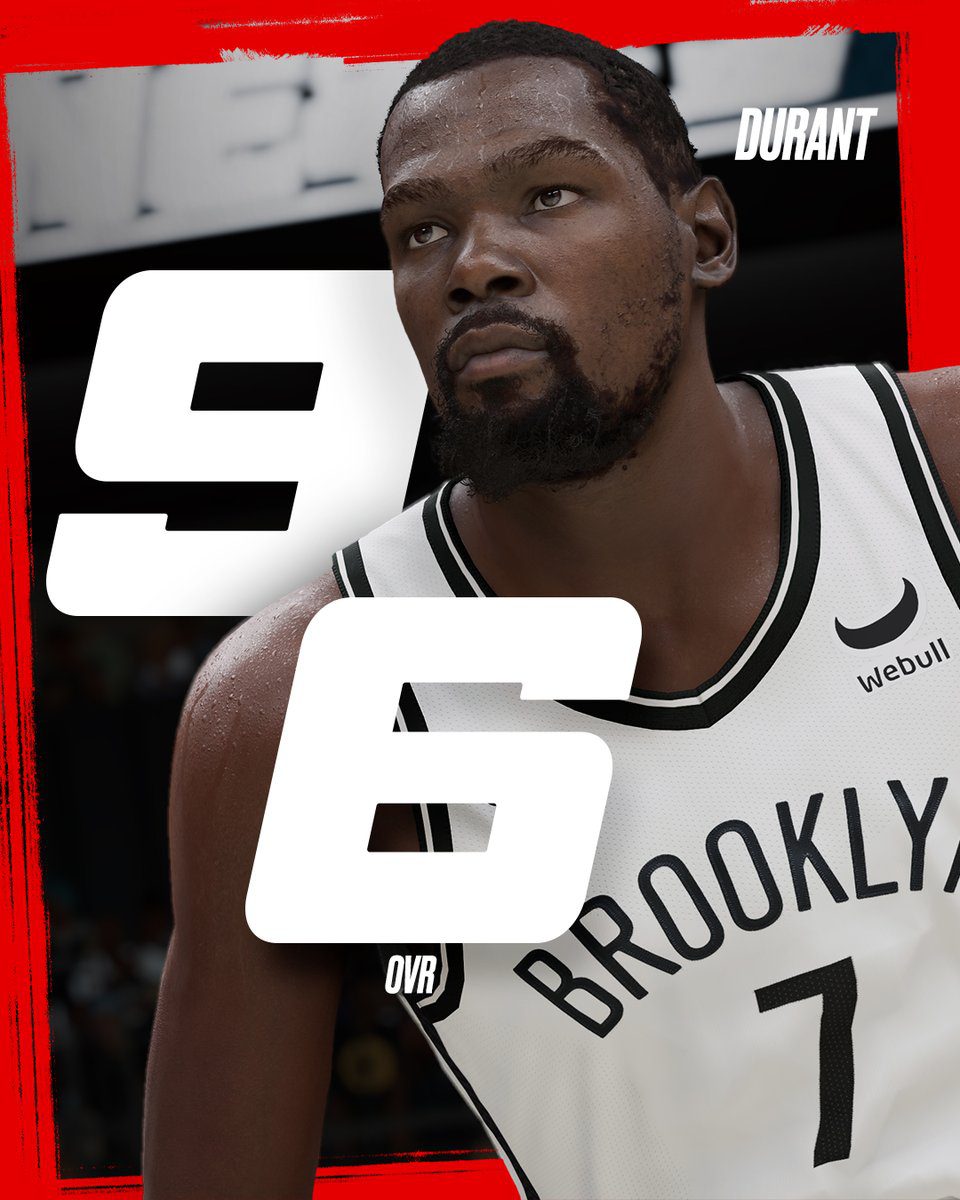 Brooklyn Nets’ star Kevin Durant was none too happy with his player rating for NBA 2K23, calling it “laughable” in a Twitter post.

Durant is tied with LeBron James, Stephen Curry, Nikola Jokic, and Joel Embiid for the second-highest rating among active players, behind only Giannis Antetoukounmpo.

Of course, Durant is probably joking about his rating; second-best isn’t too bad, especially after coming off a first-round sweep in the playoffs.

Curry is unsurprisingly the best three-point shooter at 99, 11 points higher than the next-best player.

Ja Morant and Zion Williamson are the best dunkers at 97.