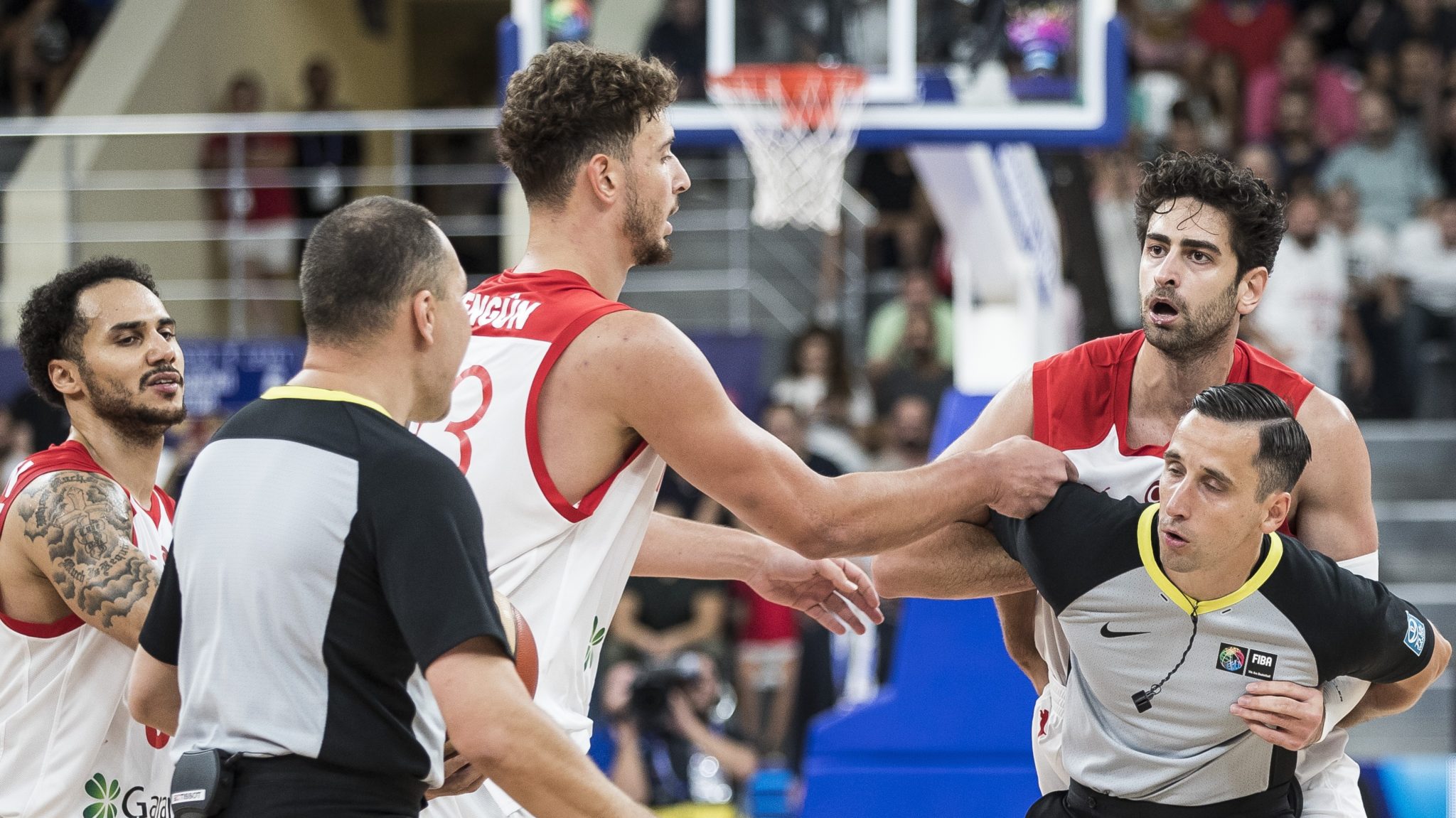 Furkan Korkmaz has spoken out about being attacked by opposing players and security following Turkey’s heated EuroBasket game against Georgia on Sunday.

Tensions first began to rise when Korkmaz had an on-court altercation with Georgia’s Duda Sanadze.

Korkmaz claims things only got worse from there, with tensions spilling over into the tunnel after both players were ejected.

“There were no security measures whatsoever when I was going to the locker room,” he said. “When we were going there, three players from them including Sanadze as well as two security guys, started to run at us. We started throwing punches at each other. Basically, it was a street fight.

“Five people attacked us, we defended ourselves. It was such a scramble. There were players from Georgia. The intention of the security guys was not good. They did not try to intervene in the events.”

Turkish basketball officials have since threatened to pack their bags and withdraw from EuroBasket if security footage of the incident isn’t released.

Turkey also protested the result of the game, claiming 22 seconds were wiped from the clock during the on-court skirmish.