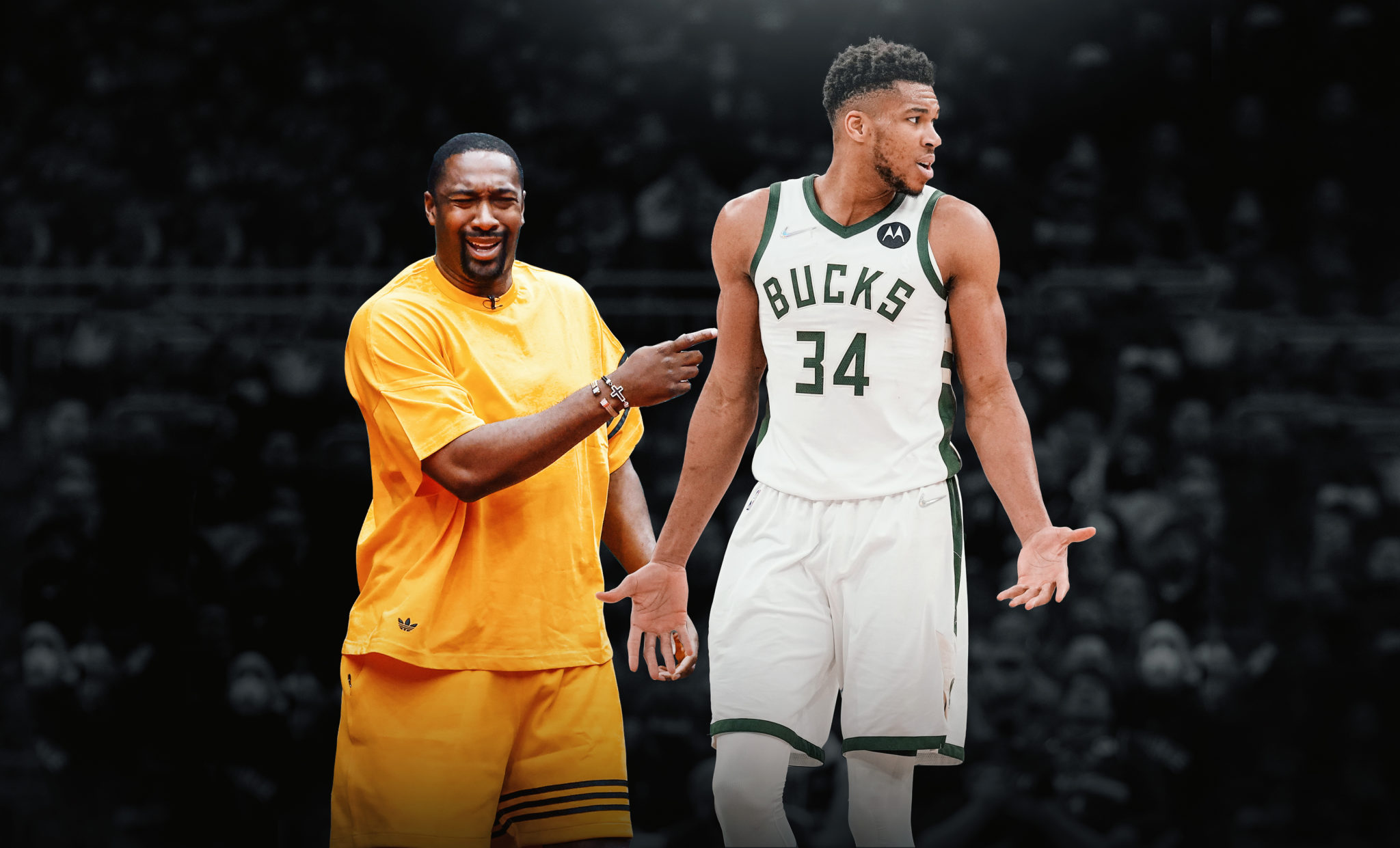 Gilbert Arenas has a long and storied history of starting shit for the sake of it, but his recent takes have been bizarre even by his standards.

This whole thing began a few days ago when Arenas started firing shots (stop me if you’ve heard that sentence before) at Giannis Antetokounmpo on his podcast.

Arenas, who probably should’ve been drug tested immediately, claimed Giannis didn’t understand the game of basketball, how to be great, or how to train his body.

Arenas, who’s never won a championship but can at least count shitting in another man’s shoes among his accomplishments, has now appeared on SiriusXM NBA Radio to offer up some further pearls of wisdom.

“I’m saying if you guys had him No. 1 or No. 2, and he does not understand this game yet, that’s scary,” he said. “Give him Tim Duncan’s knowledge, whole different player, isn’t he?”

Stay tuned as Arenas pops up yet again in the next few days to dig himself an even deeper hole.