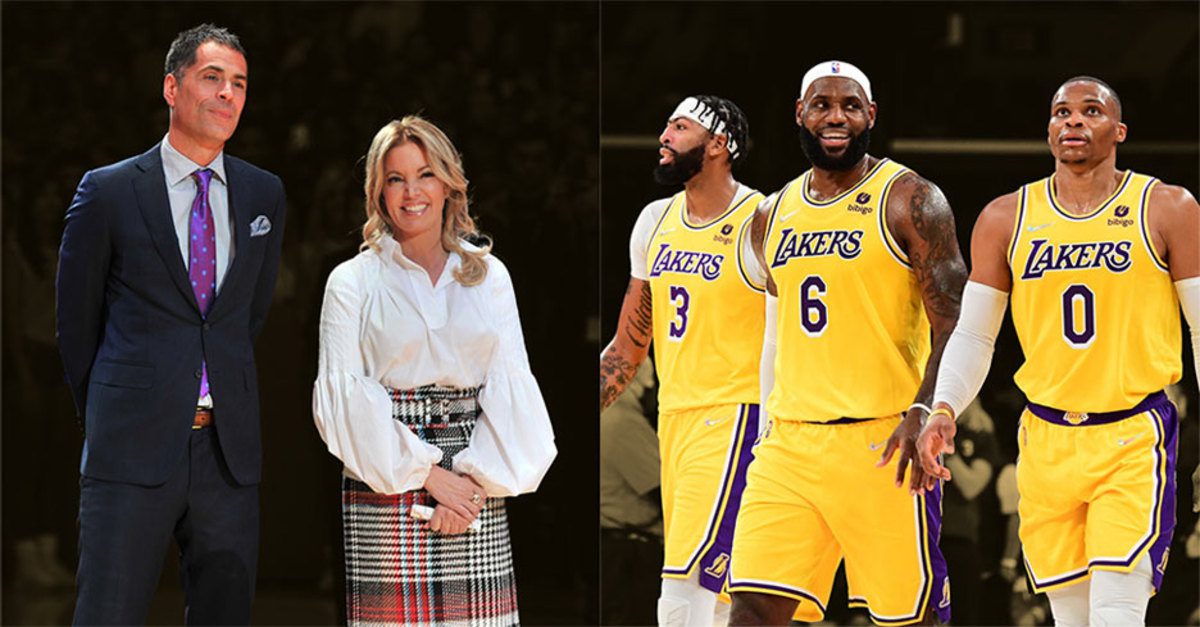 Los Angeles Lakers owner Jeanie Buss made some interesting comments regarding star Russell Westbrook, which she has since walked back on.

The drama surrounding the former MVP has only seemed to intensify as the start of training camp approaches.

In an interview with The Athletic’s Sam Amick, the Lakers controlling owner made a rather curious claim about Westbrook’s first year in Los Angeles.

She said he was the best player on the Lakers, citing his effort level and ability to stay on the court.

“All I can say is that, from my point of view, (Westbrook) was our best player last year. He played pretty much every single game, showed up, worked hard. You know, I would have loved to have seen what this team would have looked like if they stayed healthy. It’s really tough to win when Anthony Davis isn’t on the court. LeBron was hurt a lot of the season. But Russ showed up every game and played hard every night. And, you know, I just really appreciate him for who he is and what he brings to the team.”

Lakers fans have vehemently disagreed with that statement based on what they saw last season.

With the ball often out of his hands when star LeBron James was playing, Westbrook’s well-established flaws, his historically awful 3-point shooting, his ugly turnovers, his so-so defense, became even more visible.

A clear feud with the since-fired Frank Vogel didn’t help.

The season was so bad that Buss’ comment legitimately confused Amick, who reached out to Buss after the interview to make sure she meant what she said:

“Yes, as you might imagine, I did a double take when Jeanie shared her viewpoint that Westbrook was the best the Lakers had to offer last season. By most accounts — yours truly included — his debut season with the Lakers was an unmitigated disaster.

So after the interview ended, when I realized that I’d failed to follow up quickly enough to get total clarity on this stunning take, I decided to send Buss a note asking if this was her actual belief.”

“The word I should have used was ‘consistent,’” she wrote via text message. “He played 78 games last season.”

For better or worse, Jeanie Buss is right.

The Lakers will now attempt to move forward with Russ on the roster, at least for the foreseeable future.