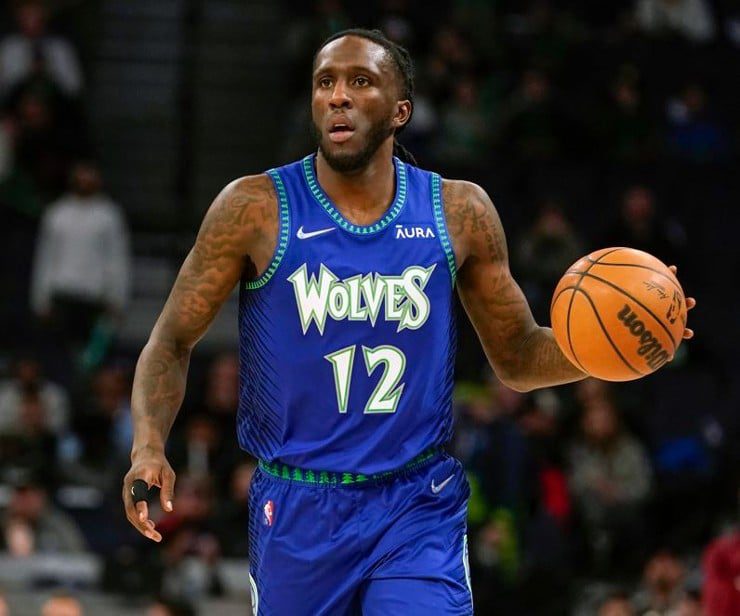 Minnesota Timberwolves forward Taurean Prince was arrested at Miami International Airport on Thursday on a fugitive out-of-state warrant from Texas, according to Chris Hines of The Star Tribune.

A Maimi-Dade police spokesman said Friday that the charge was related to “dangerous drugs” from a warrant out of Tarrant County, Texas, which holds Fort Worth and several other Dallas suburbs, according to NBC News.

According to KSTP’s Eric Chaloux, Police said they found guns, a vape pen with THC oil, and a “canister of marijuana” in Prince’s car in May.

Arlington police said they pulled Prince over because he was driving with an expired registration on his vehicle.

Testing on the vape pen recently returned, which led to the warrant.

Police said they only charged Prince for carrying a weapon because of the illegal substances, as “it’s illegal to carry a gun while engaging in a criminal offense” in Texas.

Prince was booked into the Turner Guilford Knight Correctional Center.

A first look at @Timberwolves F Taurean Prince in Miami-Dade County Jail. It's reported authorities took Prince into custody tonight in FL on an out of state warrant.

In response to the arrest, the Timberwolves released the following statement:

“We are aware of the alleged report regarding Taurean Prince and are in the process of gathering more information.”

Prince is a San Antonio native and attended Baylor University in Waco, Texas.

Prince joined Minnesota last offseason after a sequence of trades took him from the Brooklyn Nets to the Cleveland Cavaliers to the Timberwolves in the span of seven months.

The 28-year-old signed a two-year, $16 million contract extension with the team earlier this offseason.

The 12th overall pick out of Baylor in the 2016 NBA draft, Taurean Prince spent a few years as a frequent starter but now mostly comes off the bench.

In six NBA seasons, he has averaged 10.5 points and 3.9 rebounds per game while shooting 41.6 percent from the field and 37.1 percent from deep.