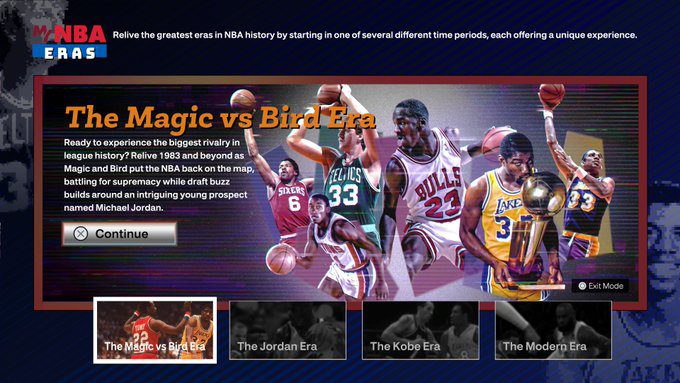 Each time period has been developed to reflect historical details; for example, in 1983, the Clippers will be in San Diego.

Courts, uniforms, and commentary have also been made to match the era.

“With confidence, we can say that NBA 2K23 is a banner year for our MyNBA fans,” NBA 2K23 developer Visual Concepts said in a blog post.

“We are very proud to use actions to prove our dedication to this core audience.”