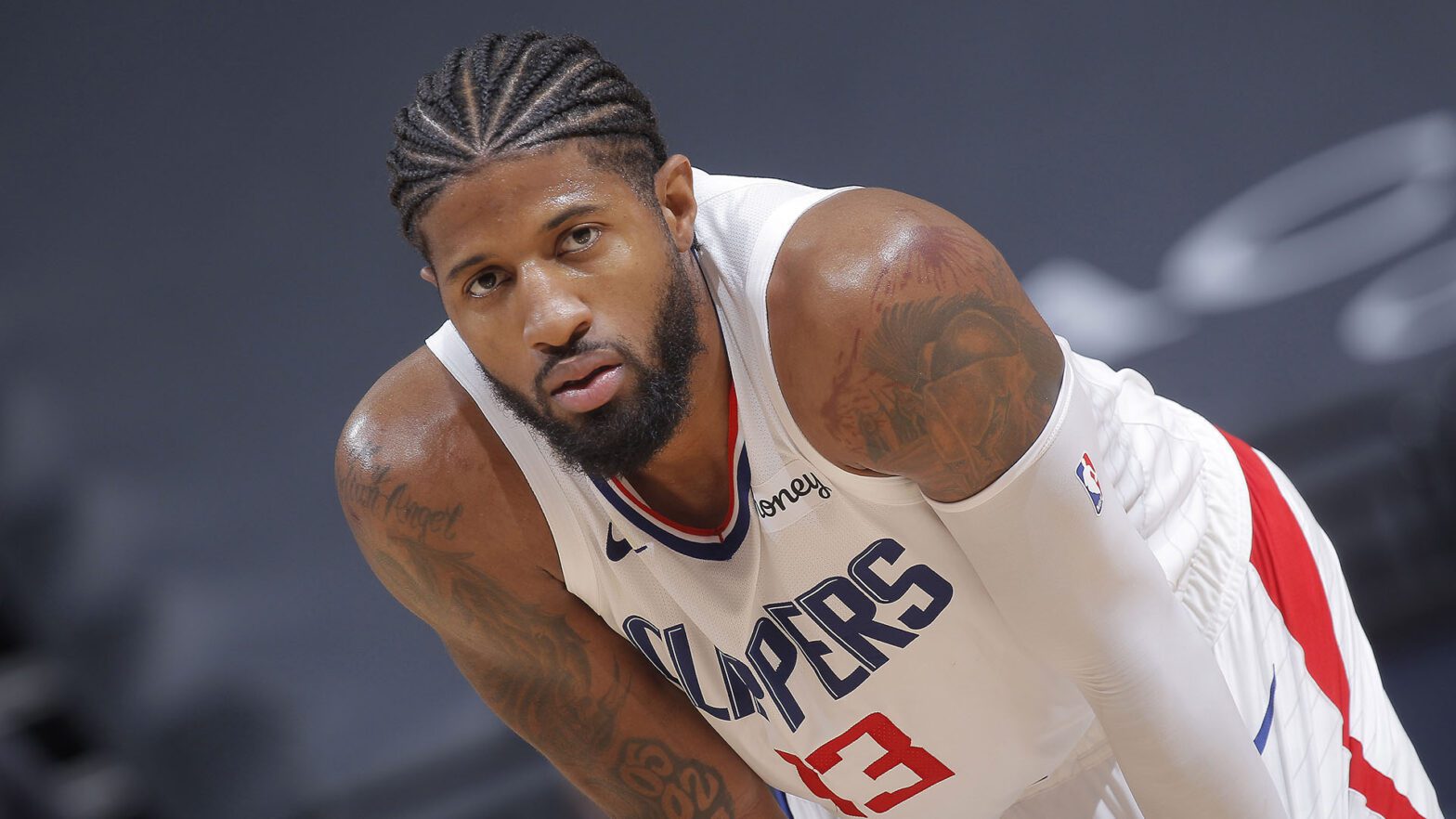 Los Angeles Clippers forward Paul George weighed in on the apparent beef between Orlando Magic rookie Paolo Banchero and Atlanta Hawks guard Dejounte Murray after they made headlines over the weekend.

The situation began to unfold in the Zeke-End Pro-Am after Banchero appeared to unintentionally knock Murray to the court after making a play on the ball.

Murray took exception to the play and then proceeded to walk over toward Banchero and bump into him.

Later in the game, Murray threw down a nasty one-handed slam over Banchero.

Murray seemed to have a little extra for Banchero throughout the rest of the game any time the two were matched up on each other.

He continued to trash-talk Banchero, which seemingly unfazed the No. 1 pick.

The two went back and forth on Instagram afterward.

Paolo Banchero and Dejounte Murray going back & forth on IG 👀 pic.twitter.com/NlWCI6UTMG

With the basketball world at a standstill in the height of the offseason, the apparent beef took over social media, with fans and even some players weighing in.

George, speaking on his Twitch stream, offered his reaction via Tomer Azarly of ClutchPoints.

“Good entertainment, that Orlando-Atlanta matchup, that Paolo, Dejounte (expletive). But they are from the same city and the same area, so (I’m) pretty sure it’s all for the love of the game.”

The situation will provide some added attention when the two players face each other this season.

The Magic and Hawks, as division opponents, play four times a season, giving fans plenty of chances to see Banchero and Murray on the court.

The back and forth between the two looked to be a bit exaggerated, but it certainly gave fans something to follow in a down period in the NBA.

We’ll see if it spills into next season.

Meanwhile, Paul George will look to bounce back after a disappointing season ended with him and star teammate Kawhi Leonard working back from injuries.