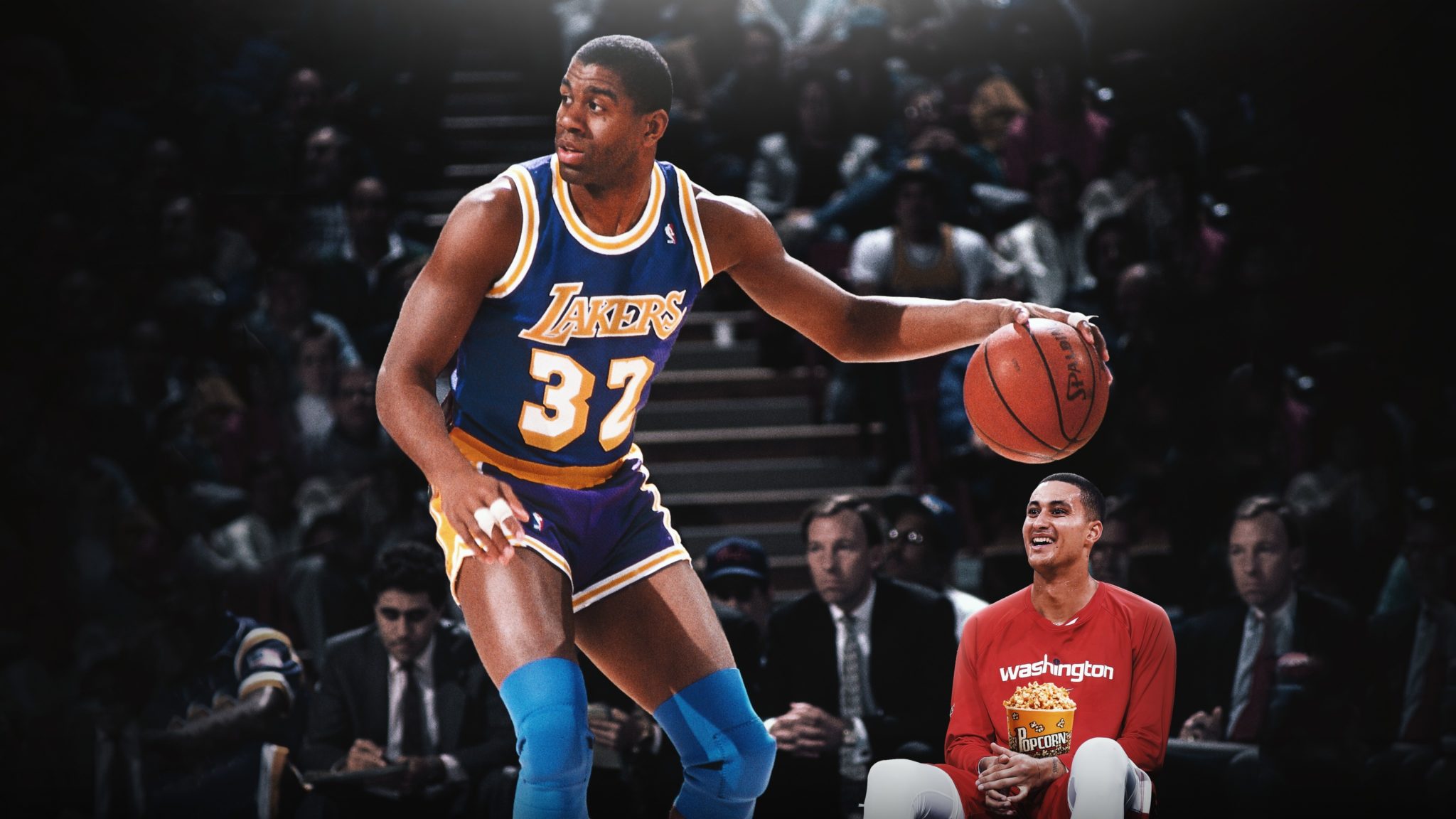 It appears a healthy number of NBA players love claiming they would’ve beaten certain great teams from other eras. For some, it seems to be a favourite offseason pastime.

But when Kyle Kuzma started comparing eras recently, he had a refreshingly different take.

“I believe that the Showtime Lakers, they would f*cking dominate this era,” Kuzma said on The Draymond Green Show.

“I was watching Magic in the 80s, just highlights like earlier in the summer. People don’t realize he was fast as s—. He was fast as hell like he was getting the rebound, up the court and three dribbles and that’s the NBA now.”

And these comments were coming from a man who doesn’t lack confidence, as we know from his pregame fits.

Green, on the other hand, offered his own historic Lakers take last month, saying he would’ve loved to match up with Shaquille O’Neal just to prove he could get a stop against him.

“If I could play basketball with Shaq, and then if I could also guard Shaq so I can shut everyone up with the whole, ‘You can’t guard Shaq,’” Green said.