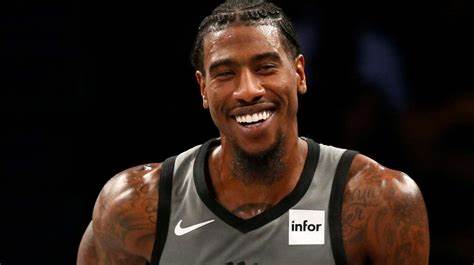 Former NBA guard Iman Shumpert was arrested on Saturday after he allegedly had a “sizable” amount of marijuana in his bag at the Dallas/Fort Worth International Airport, according to TMZ Sports.

Shumpert was reportedly flying from Dallas to Los Angeles on Saturday when he was stopped at security.

Shumpert admitted to police that the bag they found was marijuana, which reportedly weighed just more than six ounces and was then arrested and charged with a felony.

Shumpert last played in the league during the 2020-21 season, though he appeared in just two games for the Brooklyn Nets.

The New York Knicks initially drafted Shumpert with the No. 17 overall pick in 2011.

He then spent time with the Cleveland Cavaliers, where he won a title alongside LeBron James, the Sacramento Kings, and Houston Rockets before joining the Nets.

Shumpert averaged 7.2 points and 3.3 rebounds per game throughout his career.

Iman Shumpert has not officially announced his retirement but has not seen much NBA action since playing a role in the Rockets’ 2019 playoff run.