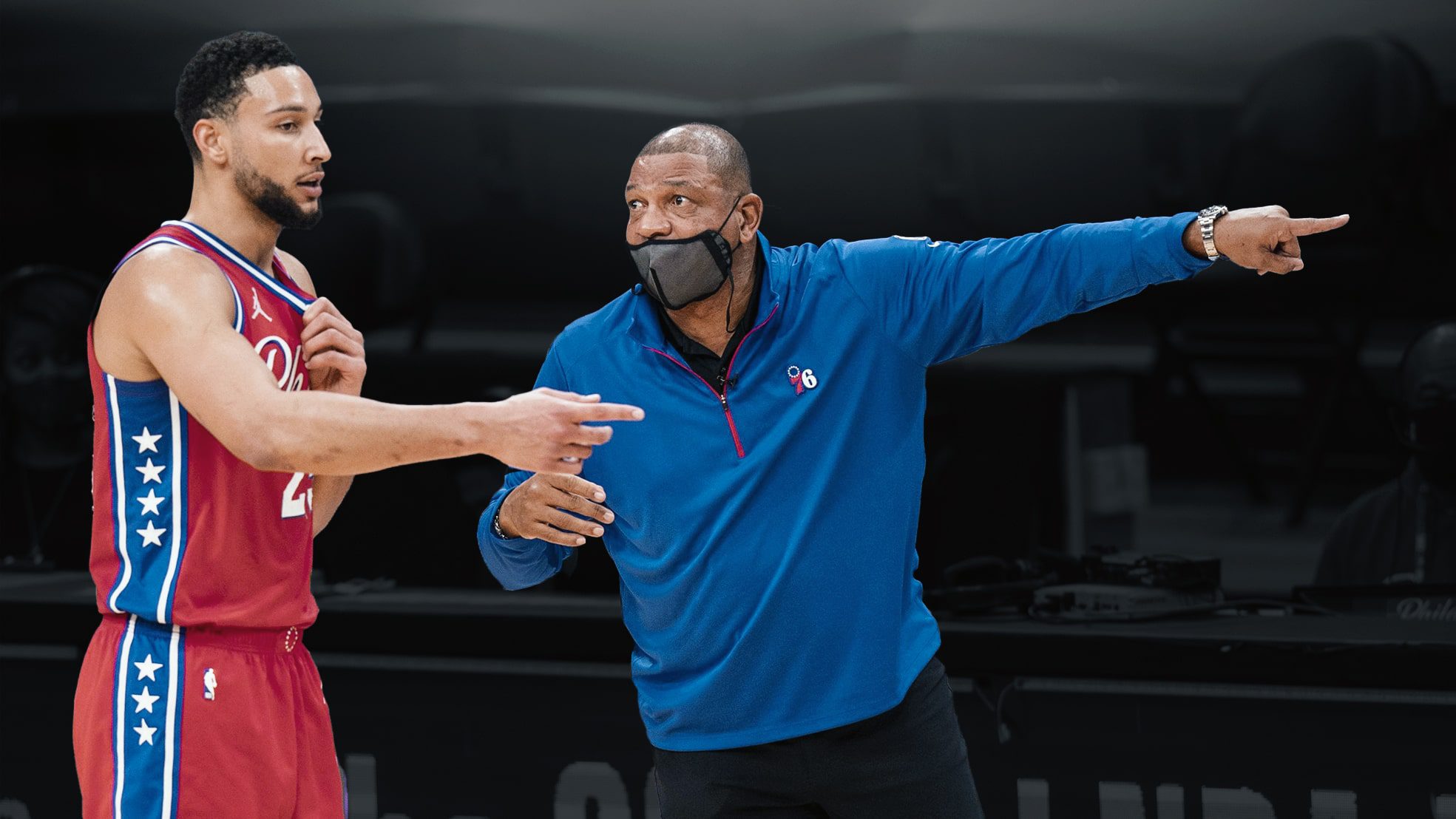 Doc Rivers says his postseason comments had nothing to do with Ben Simmons’ ugly departure from the Philadelphia 76ers.

When Simmons’ on-court meltdown contributed to the Sixers crashing out of the 2021 playoffs, Rivers was asked if he thought Simmons could be the point guard on a championship team.

“I don’t know the answer to that question right now,” he responded.

That quote has long been partially attributed to Simmons forcing his way out of town, but Rivers insists the Aussie guard wanted out due to pre-existing issues.

“That one comment had nothing to do with why Ben wanted to leave,” Rivers told The VC Show with Vince Carter. “Alright? Let me just say that.”

“It was a lot of things, as Ben told me, and publicly now, that happened long before I got there. What frustrated me was that I still think it shouldn’t have been enough to want to leave. I just didn’t and I told Ben that. I kept telling him that. This is not why you leave a team. You work these things out.

“They didn’t get worked out and so yeah, we’ve had one talk. Not a long, long talk, but we did have one good talk … but the point was he was already leaving.”

Rivers didn’t specify what (or who) played a role in Simmons wanting out, but the only other person in Philadelphia specifically known to have their differences with him was Joel Embiid. The two stars were always an awkward fit, and Embiid’s frustration with Simmons boiled over several times.

The star big man publicly identified Simmons passing up an open dunk as a turning point in the 76ers’ brutal playoff flameout in 2021.

On another occasion, Embiid was asked about Simmons and said, “At this point I don’t care about that man, honestly. He does whatever he wants.”

Earlier this year he told Sports Illustrated “there were so many times that I thought I’d really lose it” when reading reports about Simmons wanting out.

Rivers didn’t get into the specific factors that caused the Simmons drama, but did say he harboured no ill will towards his former starting point guard.

“I want the kid to do well,” he said. “I don’t have any bad feelings about him. He didn’t do anything wrong to me. Now, I want to kick all their butts when they’re not on my team. That’s the competitive side of me, but as a human being, I think we all should want Ben and all these guys to do well.”