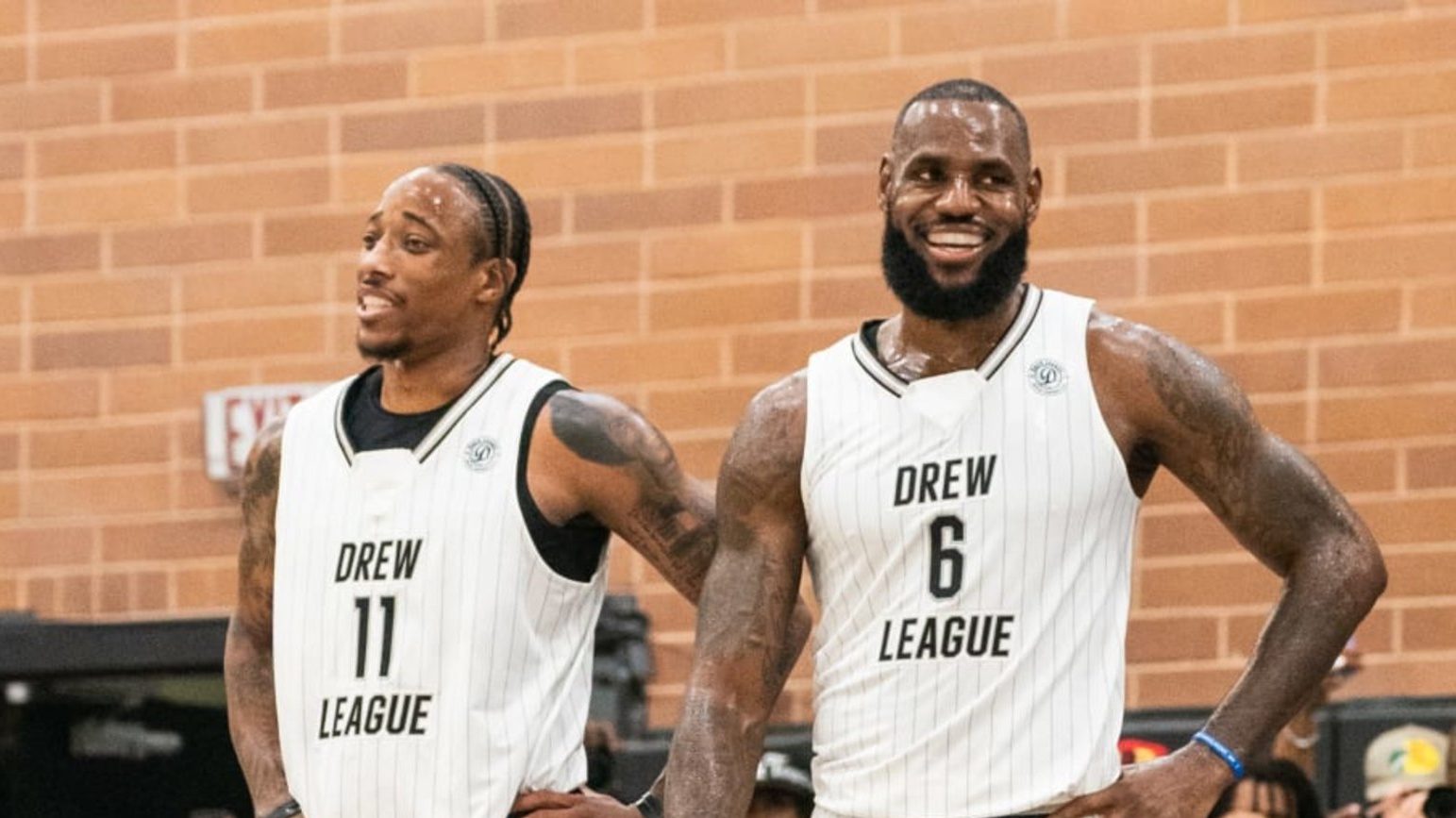 DeMar DeRozan has opened up about playing alongside LeBron James in the Drew League earlier this month, saying James’ presence created an unforgettable atmosphere.

“It was one of those moments that you can’t duplicate,” DeRozan said on The Draymond Green Show. “Like, I remember when Kob came and played at the Drew, that was one of the most epic moments, how he did that. But there wasn’t even supposed to be a game played that day. So, this time around, with Bron coming, it was a game that was supposed to be played. I’d been playing in it, and to wake up that morning and see the line around the Drew League stretch around the corner, it just took it back to that old school, early-2000s feel.

“[There were] a couple moments where I just looked around, you see kids, just … the smile and the excitement on their face, like, that’s something that they’re gonna remember forever. And that’s what it’s all about.”

DeRozan also praised James for playing in the summer pro-am, despite his statue in the game and the number of miles on his legs.

“I gotta give credit to ‘Bron,” he said. “You’re talking about a guy that’s the GOAT in our league, going into his 20th season, going out there playing. What we grew up watching. It was an amazing feeling, I had a great time just being out there, playing with him, obviously.

James finished the game with 42 points, 16 rebounds, four steals and a win in a performance that thrilled absolutely everyone not named Skip Bayless.