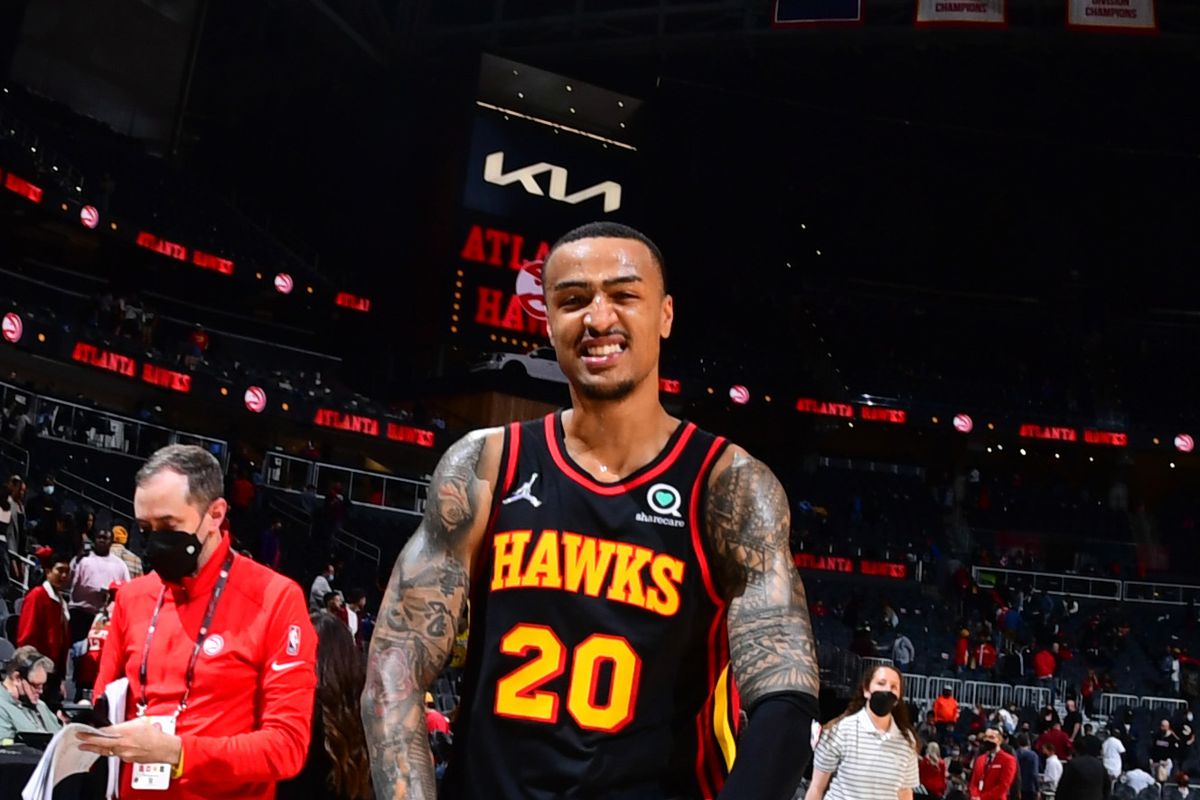 Atlanta Hawks’ forward John Collins – who was representing the Black Pearl Elite – fouled out of his Drew League debut on Saturday in a 103-100 loss to the CitiTeam Blazers.

Collins is reportedly the first NBA player to ever foul out of a Drew League game.

It wasn’t all bad news for Collins though, as the Hawks’ forward finished with 16 points and 12 rebounds.

Hawks’ star Trae Young competed for the Black Pearl Elite too, and finished with 22 points, seven assists, and seven steals.

The Drew League is a pro-am league based out of Los Angeles, California.

NBA stars such as LeBron James and DeMar DeRozan have appeared in Drew League games this summer.