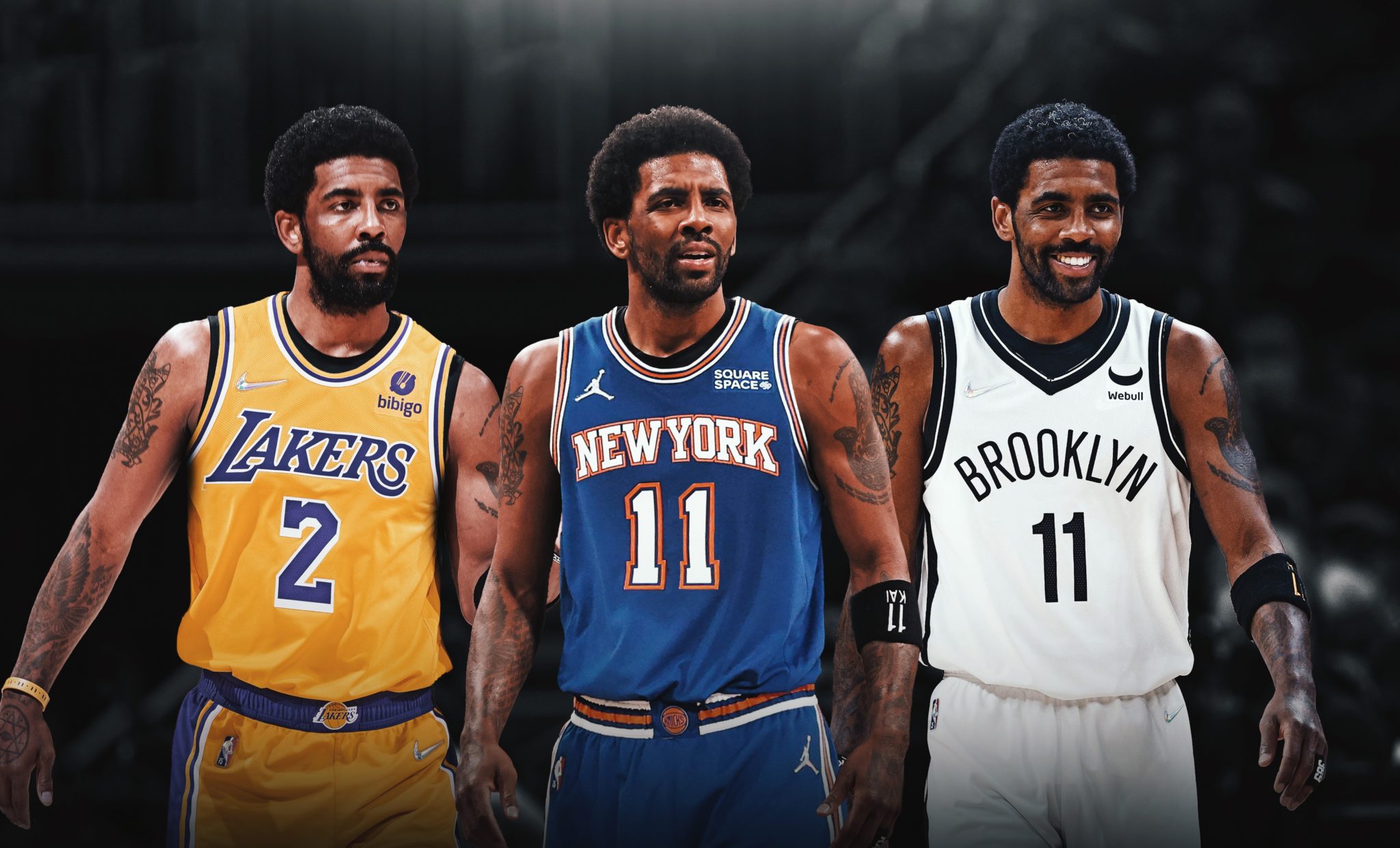 The Golden State Warriors had barely raised the Larry O’Brien trophy when the free agency rumours started swirling. Now we’re knee-deep in them, which is why we’ve made this handy guide to help you keep on top of everything.

Following the news that Kyrie Irving and the Brooklyn Nets had reached an “impasse” in their negotiations, Irving could be trying to make a leverage play, according to ESPN’s Brian Windhorst. In other words, he might be trying to squeeze even more money out of the team he often refused to play for. It’s a move straight out of the Ben Simmons playbook.

The Athletic’s Shams Charania says the Lakers, Knicks and Clippers are “expected to emerge among potential suitors” for Irving.

For a long time the assumption was that DeAndre Ayton and the Phoenix Suns were heading for divorce, with the team refusing to offer Ayton a max contract and a rift reportedly growing between him and head coach Monty Williams. But that could all be about to change.

According to ESPN’s Jonathan Givony, the Suns are now interested in acquiring the No. 8 pick from the New Orleans Pelicans and could include “a player like Cameron Johnson in order to free up salary-cap flexibility” to re-sign Ayton.

While the Lakers’ players and coaches have always been supportive of Russell Westbrook in public, it appears their front office is still trying to offload him. LA hoped to trade Westbrook back to Washington in exchange for Bradley Beal, according to The Ringer’s Kevin O’Connor, with two future first-round picks supposedly sweetening the deal (and the fact that Westbrook’s contract is expiring).

O’Connor also reported that the Charlotte Hornets were interested in Westbrook.

“Though Westbrook makes little sense as a player next to Ball, he does have an expiring contract and the Hornets could be dropping the bag for restricted free agent Miles Bridges,” O’Connor wrote. “Plus LaMelo Ball’s extension is around the corner.”

The Hornets may not be completely sold on giving Miles Bridges max or near-max money, with Shams Charania claiming the team had some hesitancy in doing so. Bridges was offered a four-year, $60 million extension last offseason but rejected it.

He is now a restricted free agent, meaning Charlotte can match any deal he is offered by another team.

John Collins will likely leave Atlanta just one year into his $179 million contract, according to Marc Stein.

“The trade chatter has only intensified since Atlanta’s meek first-round exit,” Stein said. “I’ve been advised that relocation for Collins this off-season is pretty much expected now.”

Having already traded away Domantas Sabonis and Caris LeVert part-way through a disappointing 2021-22 season, it seems the Indiana Pacers are toying with the idea of rebuilding entirely.

The Pacers are “seriously discussing” trades featuring Malcolm Brogdon and Myles Turner, according to Shams Charania, with New York and Washington showing interest in Brogdon.

Turner, who has been included in trade rumours since birth, has caught Charlotte’s eye according to the report.

– The Philadelphia 76ers are interested in PJ Tucker and Eric Gordon, according to Brian Windhorst.

– John Wall has exercised his $47.4 million player option for 2022-23. The only player set to earn more than Wall next season is Steph Curry.

– The Detroit Pistons are considering pursuing Dennis Schroder, according to Marc Stein.