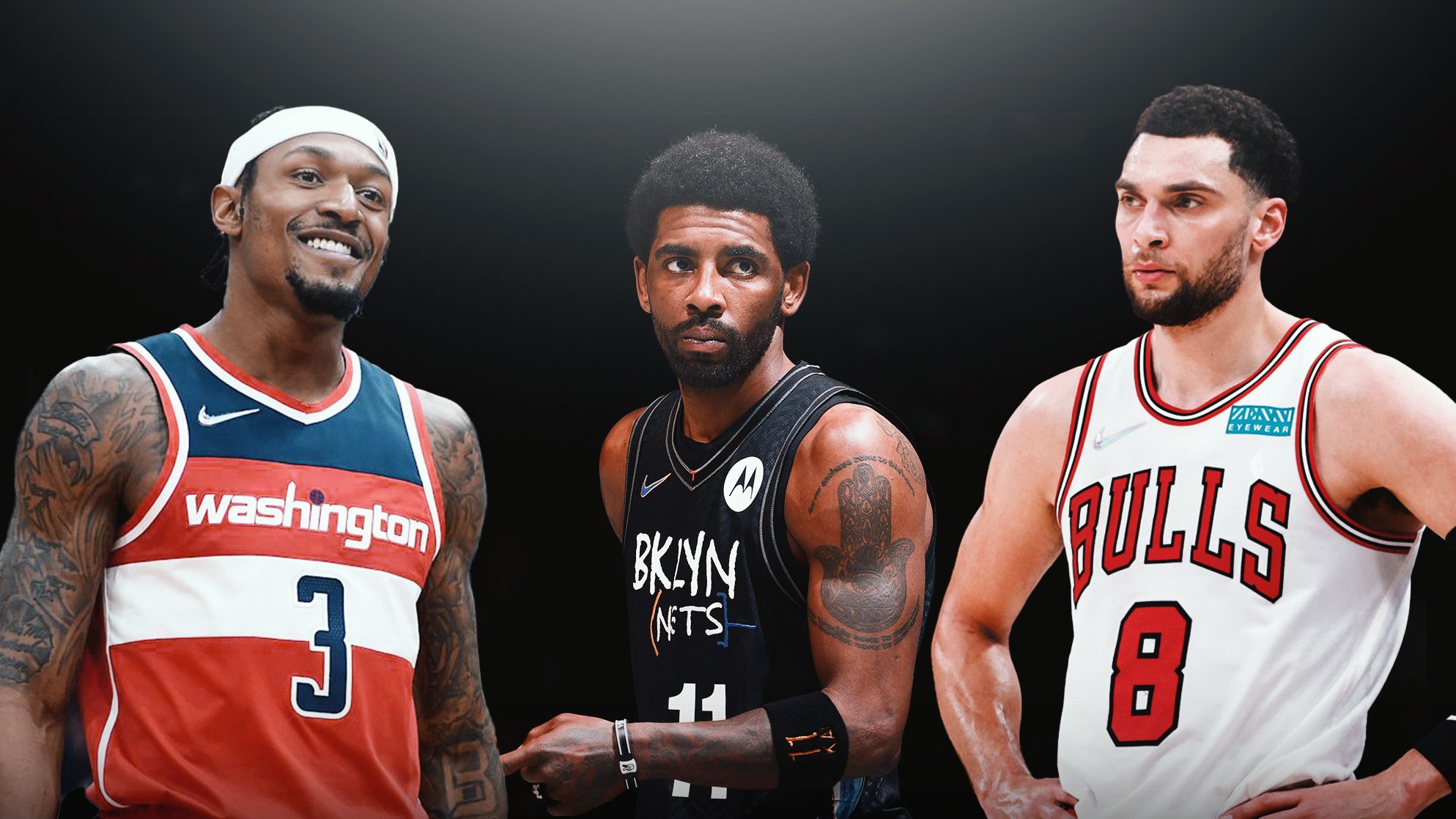 With the Finals closely followed by Thursday’s draft, and all manner of free agency chaos set to unfold after that, the NBA takes no days off. So in preparation for the flurry of player movement that’s around the corner, here are the big name free agents who could hit the market.

The Kyrie Irving drama just keeps coming. The latest update comes courtesy of Shams Charania, who reported on Monday that Irving and the Nets had reached an “impasse in conversations about his future in Brooklyn”, with the Lakers and Knicks “expected to emerge among potential suitors”.

The New York Daily News has previously reported that Brooklyn is unwilling to give Irving a long-term extension, due to his decision to remain unvaccinated and unpredictable injury history.

Irving, who tends to cause more drama than Jerry Springer at the height of his powers, has a $36.9 million player option for next season. Irving said two months ago that he would never leave Kevin Durant stranded as the lone star in Brooklyn. Then again, he also said he would be with the Celtics for the long haul back in 2018, and look how that worked out.

Like a disgruntled lover trying to make their partner jealous, Zach LaVine has been openly flirting with the idea of leaving Chicago. This has coincided with speculation that he wasn’t thrilled with the Bulls becoming DeMar DeRozan’s team last season.

But just as LaVine leaving town seemed to have become a foregone conclusion, a report from Jake Fischer this week claimed he was expected to re-sign with Chicago.

Various reports elsewhere have suggested LaVine could receive interest from the Lakers, Hawks, Spurs and Blazers. The two-time All-Star could earn $200 million over five years with the Bulls, while the most any other team can offer is $160 million over four years.

James Harden was averaging over 34 points per game as recently as two years ago, but in the words of the great philosopher Joel Embiid, “that’s not who he is anymore”.

Harden struggled to get by his man in Philadelphia, and that lack of burst also affected his ability to create space and make jumpers at a decent rate. Harden’s 33 percent shooting from long-range was a career-low, and his 41 percent field goal shooting was his worst clip since his rookie season.

The 76ers are unlikely to get anywhere near equal value for Harden via trade, so they will have to hope he regains at least some of his old form. Harden has stated publicly that he intends on returning to Philadelphia. He has a player option for next season and beyond that, the Sixers will likely give him a short-term deal, according to Fischer.

Philadelphia’s apparent reluctance to commit long-term is understandable, not only due to Harden’s decline, but also because he turns 33 this summer.

Bradley Beal is in a Damian Lillard-esque situation: all signs suggest he wants to stay loyal to his team, but they continue to test his patience with their mediocrity. The Ringer’s Kevin O’Connor believes Miami has the best chance of stealing Beal away from Washington, while the Lakers have also been showing interest.

You may well be thinking, “yeah, and I’m showing interest in Kendall Jenner, so what?” Well, LA hopes to acquire Beal by trading Russell Westbrook to the Wizards, who have already ridden the increasingly turbulent Russ rollercoaster. The incentive for Washington would be two future first-round picks, with Westbrook’s contract expiring after next season and freeing up about $40 million of cap space.

Where there’s smoke, there’s fire, and there has been smoke in Phoenix ever since the Suns declined to pay Ayton the max after he helped them make the 2021 NBA Finals.

Combine that with the rift that reportedly grew between Ayton and head coach Monty Williams, and the big fella leaving town appears likely. The Hawks and Trail Blazers have been among the most talked about potential landing spots for Ayton.