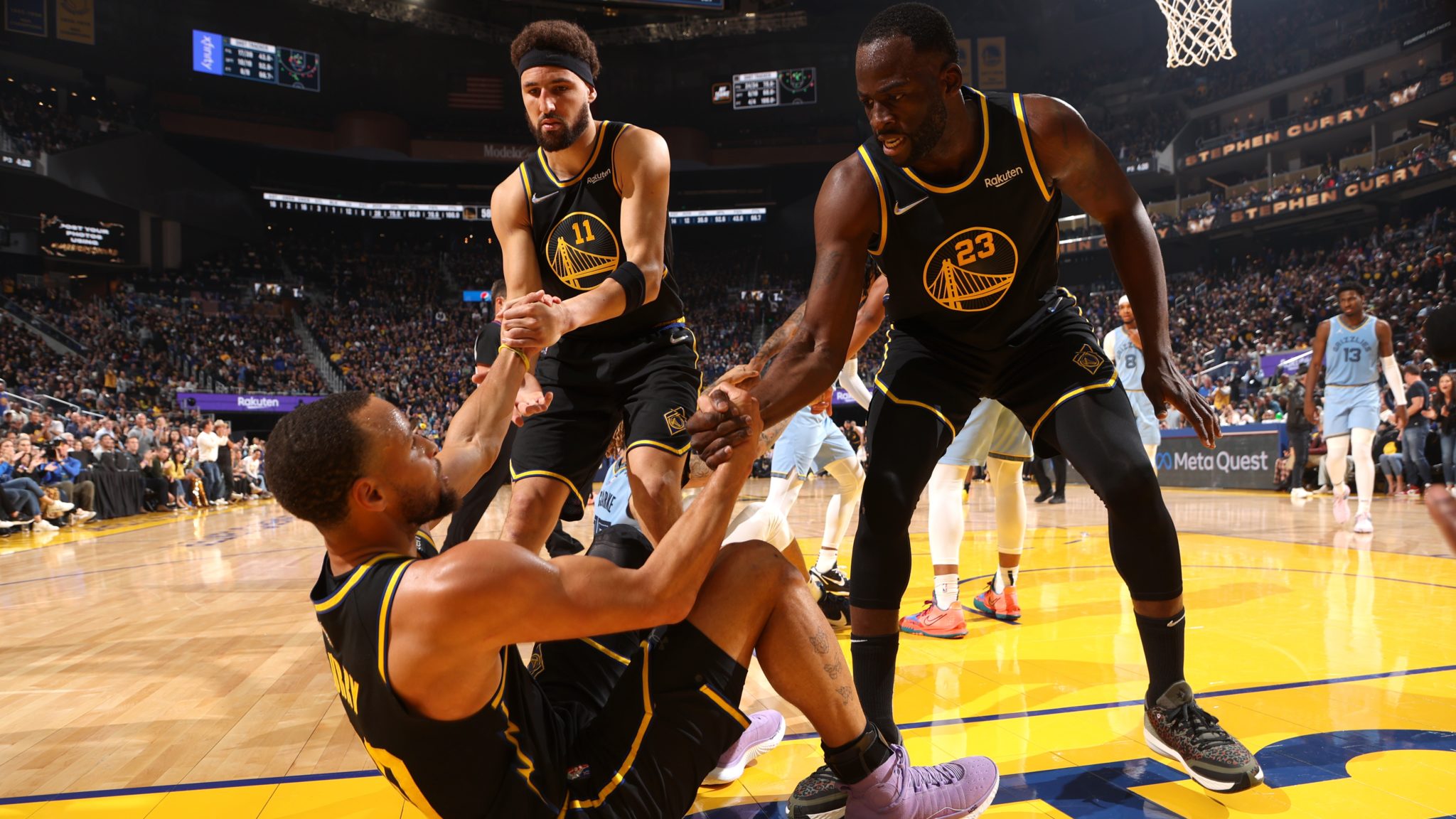 Klay Thompson and Draymond Green have played with Steph Curry their entire careers, but they still can’t believe what he is capable of.

Both players were in awe of Curry’s 43 point eruption to carry the Warriors to a much-needed Game 4 win on Friday.

With Thompson clearly not the same player he was before missing two seasons with injury, the Warriors badly needed a big game from Curry to avoid a 3-1 series deficit, and he delivered.

When asked where this ranked among Curry’s career Finals games, Thompson said “probably number one”.

“This was nearly a must-win game and to go out there and shoot as efficiently as he did and grab 10 rebounds … and they’re attacking him on defence, I mean his conditioning is second to none in this league.

“It’s shocking he wasn’t a first-team all NBA guy, but whatever.”

Green was similarly blown away.

“Incredible. He put us on his back, willed us to a win,” he said.

“He came out and showed why he’s one of the best players to ever play this game, and why this organisation has been able to ride him to so much success. It’s just absolutely incredible.”

The series now moves back to San Francisco for Game 5 on Monday.