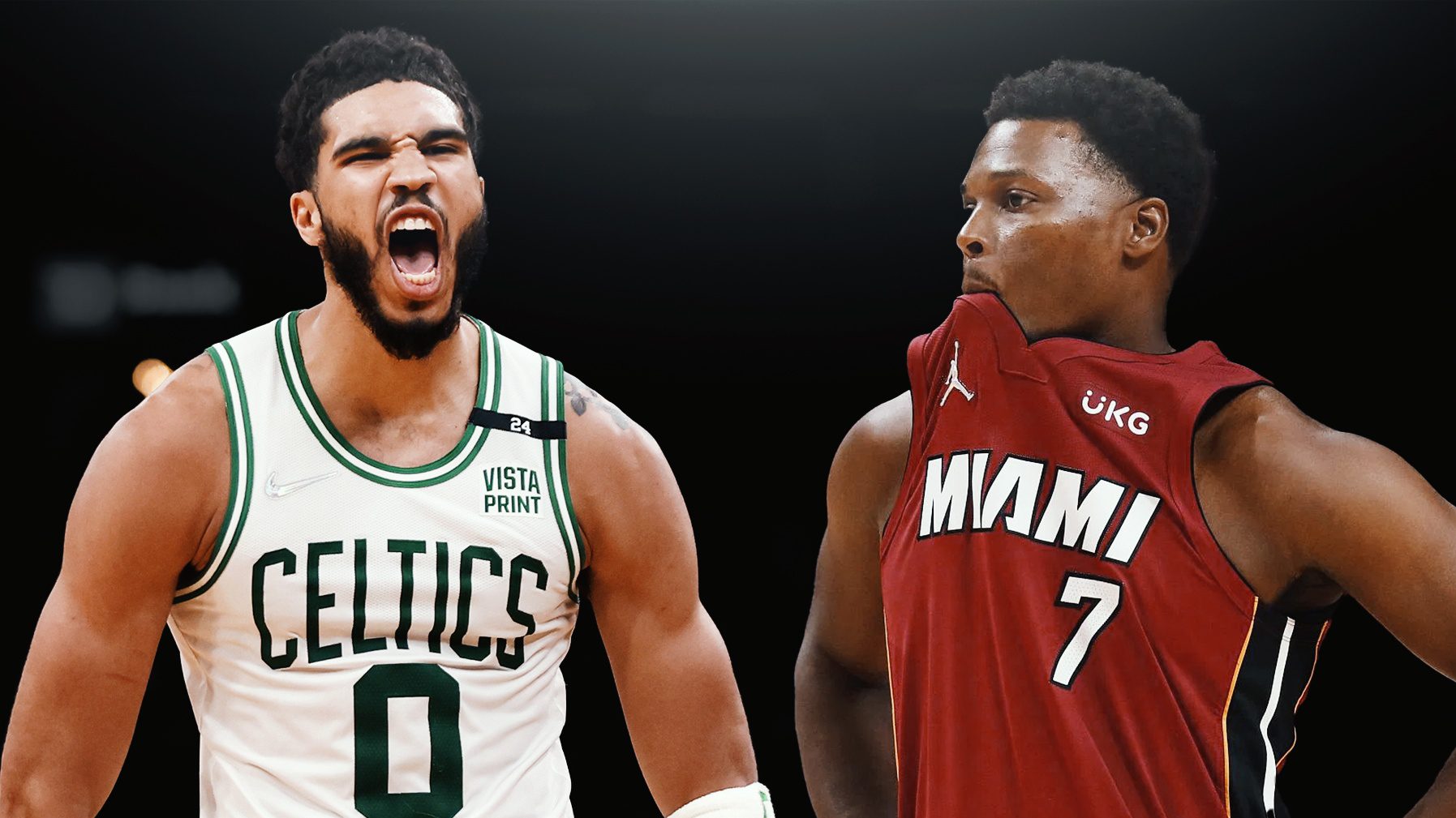 We’re deep into the postseason and all manner of chaos has unfolded. Before the Warriors and Celtics go to war for the title, we’re breaking down the biggest winners and losers of the conference finals.

Most of Jimmy Butler’s teammates let him down at one point or another, but Kyle Lowry’s shortcomings were the most egregious. Lowry might be the only player who ever went to Miami and got in worse shape. The Heat’s bootcamp approach to conditioning is the stuff of legend, and yet Lowry somehow has more junk in the trunk than prime Nicki Minaj.

Lowry’s weight means he has no chance to get past his man, create space, or lock anyone up. His inability to move his feet causes him to reach on defence and throw up garbage shots on offence.

Speaking of garbage shots, take a look at Lowry’s shooting numbers over the playoffs:

This isn’t who Miami thought they were trading for. If Pat Riley and co. knew they were getting this version of Kyle Lowry, they would have stuck with Goran Dragic and Precious Achiuwa.

Lowry’s untimely injury troubles didn’t help matters, but he simply has to get in better shape to be effective at this stage of his career.

THE MAVERICKS’ “OTHER GUYS”

Davis Bertans, Reggie Bullock and Maxi Kleber can all get hot, but when the conference finals arrived, they went ice cold. Here are the numbers:

Bullock was especially bad at times, shooting 0-10 from the field in Game 3, while Kleber went 0-5. Later in the series, they managed just five field goals combined while facing elimination in Game 5. Throw in the hugely up and down Spencer Dinwiddie – who would have 30 points one night and four the next – and there wasn’t a single player Luka Doncic could rely on to support him in the scoring department.

One late March evening in 2000, Drew Carey opened his beloved improv comedy show with the following line: “Welcome to Whose Line Is It Anyway, the show where everything’s made up and the points don’t matter… That’s right, the points are just like the first three quarters of an NBA game.”

Carey was putting his twist on a common joke that some people actually believe to be true: the idea that NBA games are always so close that there’s no point tuning in until the final stages. Well, this year’s blowout-laden postseason has shot that theory to hell.

Time and time again in these playoffs, we’ve seen one team steamroll the other in the opening minutes, with the rest of the game becoming a mere formality. The average margin of victory was 12.5 points across the conference finals, while on average, the largest lead within each game was 23.5 points.

If there is a basketball god, he surely won’t allow this to continue into the Finals.

After all the talk of bench players getting too close to the action, it was a Dallas vendor who went full Larry David and accidentally tripped Steph Curry in Game 3.

Whether it’s their owner, their bench players, or the guy selling popcorn by the court, apparently everyone in Dallas loves to insert themselves into the action.

Jimmy Butler nearly overcame Boston’s suffocating defence to carry his team to the Finals despite Tyler Herro’s debilitating injury, Bam Adebayo’s deep-seated fear of attacking the Celtics’ bigs, and the three-man bricklaying crew of Kyle Lowry, Victor Oladipo and Max Strus shooting 30 percent from the field throughout the conference finals.

Butler may have missed that questionable three at the end of Game 7, but he was the only reason Miami even had a sniff of victory in the first place.

If Butler had dragged Miami to the Finals despite the carnage unfolding around him, it would have been one of the all-time carry jobs and reminiscent of (although admittedly not as great as) LeBron James dragging Kevin Love, George Hill and the ghost of JR Smith to the Finals in 2018.

Al Horford’s career might have been in limbo when he was seemingly put out to pasture in OKC. But not only did his career still have a pulse, he bounced back with an almighty vengeance that no one saw coming.

The 35-year-old not only reclaimed his defensive dominance in Boston, but even sprinkled in some offensive brilliance too, most notably his 30-point eruption on 11-14 shooting in Game 4 against the Bucks. If the Celtics go all the way, Horford will be one of the best stories in the league. Truth be told, he already is.

When Tatum struggled in the past, questions were invariably raised about whether he was trying too hard to emulate the heroics of his idol Kobe Bryant. But he has come a long way since entering the league. He takes smarter shots, makes better plays for others, and his defence is elite.

Tatum is still prone to the occasional bad game, and cutting those out will be crucial in his quest to becoming an all-time great. But Tatum has shown enough to have Boston believing he can be “that guy” in the big moments.

An inefficient volume scorer in Minnesota, Andrew Wiggins has settled into the best version of himself with Golden State. No longer expected to carry a heavy offensive load, he now has the luxury of picking his spots on offence and channeling more energy into wreaking havoc as a pesky wing defender.

Wiggins clearly isn’t a superstar, but if he keeps starring in his role with the Warriors, he will be an NBA champion.

Just a week after grabbing a career-high 22 rebounds in a second-round closeout win over Memphis, Kevon Looney scored a career-best 21 points in Game 3 of the conference finals against Dallas. He then pulled down another 18 rebounds as the Warriors eliminated the Mavs in Game 5.

He may not feature on many highlight reels, but every championship-level team needs a no nonsense workhorse like Kevon Looney.

Brad Stevens no longer coaches the Celtics, but he’s still making moves behind the scenes as their president of basketball operations. Just two weeks into his front office tenure last summer, Stevens sold his Kemba Walker stock right before it crashed, and landed Al Horford in exchange right before his spectacular renaissance.

Stevens opted to fill the head coaching role with former Gregg Popovich understudy Ime Udoka, whose impact on the Celtics’ culture has been a game-changer. Then in February, Stevens sent a package featuring Josh Richardson to San Antonio for Derrick White, whose perimeter defence has been a perfect fit in Boston.

The head coach turned executive kept making moves during the season too. He knew Enes Kanter, Evan Fournier, Dennis Schroder and Tristan Thompson weren’t the answer (regardless of what the question was) and traded them all away midseason.

All this was in pursuit of a roster constructed entirely from hard-nosed defensive dogs, and with the Celtics four wins away from the title, all of Stevens’ wheeling and dealing has paid off handsomely.