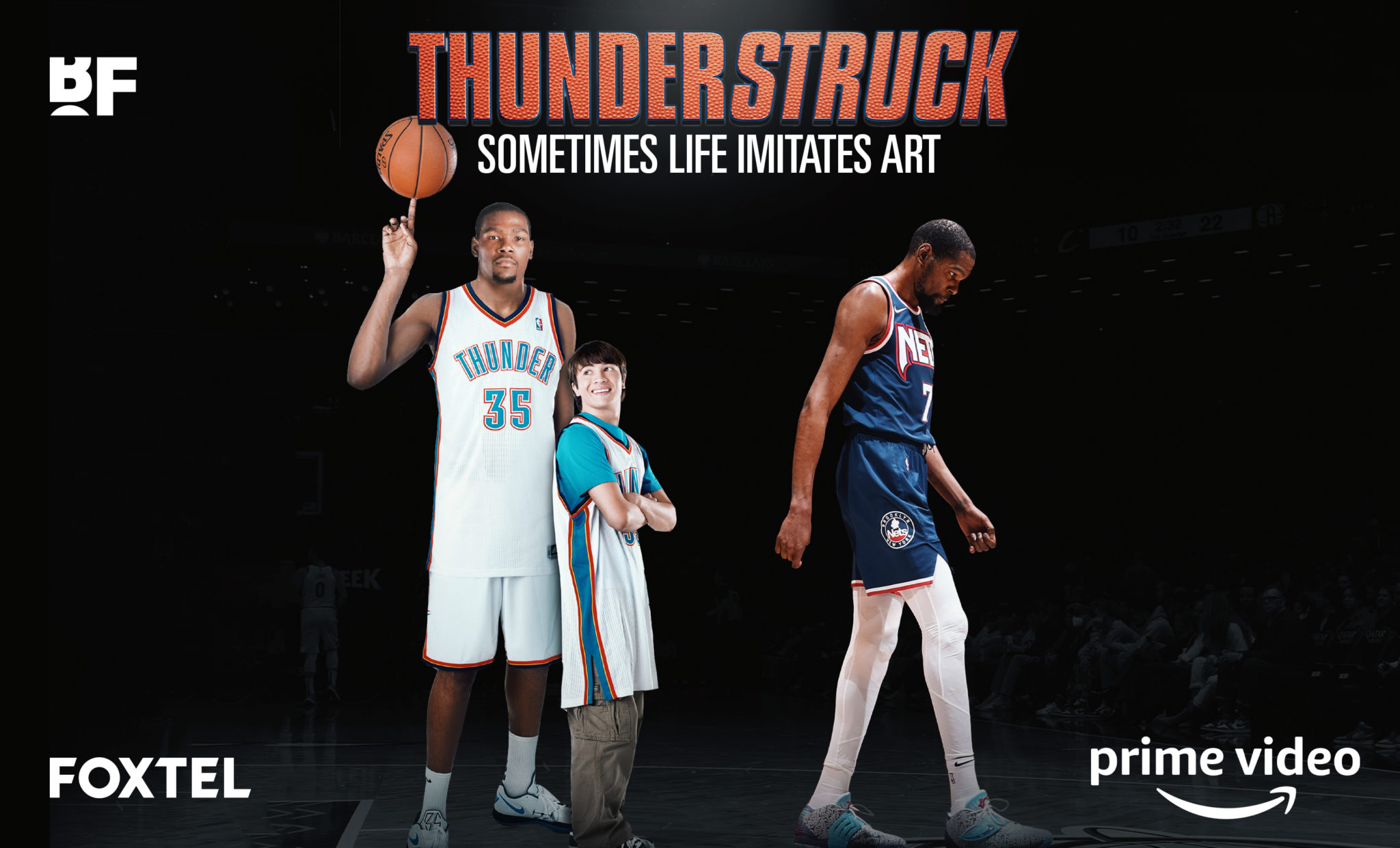 The concept of an NBA player losing his playing ability overnight, the way Kevin Durant did in his 2012 film Thunderstruck, may seem like the kind of craziness you only see in movies. But it’s closer to real life (and Durant’s actual reality) than you might realise.

Life imitated art in a rather cruel way when Durant was robbed of his ability to play basketball at a high level in 2019. Although in real life, the reason was a torn Achilles, which KD suffered during the 2019 NBA Finals while playing his final game for the Golden State Warriors.

The next thing holding the real life Durant back from thriving on the court was his infamous Brooklyn teammate, Kyrie Irving. Irving held out for much of this season over his refusal to meet vaccination requirements. That meant Brooklyn entered the playoffs as the seventh seed and got eliminated prematurely as a result.

Durant’s life getting so intertwined with a random teenager in Thunderstruck also seemed highly unlikely. But since the movie’s release, the real KD has famously sparred with countless teenagers on Twitter, as these random pimple-faced strangers continued to get inside his head.

Of course, everything worked out in the end for Durant in Thunderstruck. So if it really is true that life imitates art, KD will surely figure things out.

Perhaps he should start by muting his Twitter mentions, or pulling Kyrie aside for a little heart-to-heart.

Thunderstruck is available on Foxtel thanks to subscribers now having direct access to Amazon, with the Prime Video app.