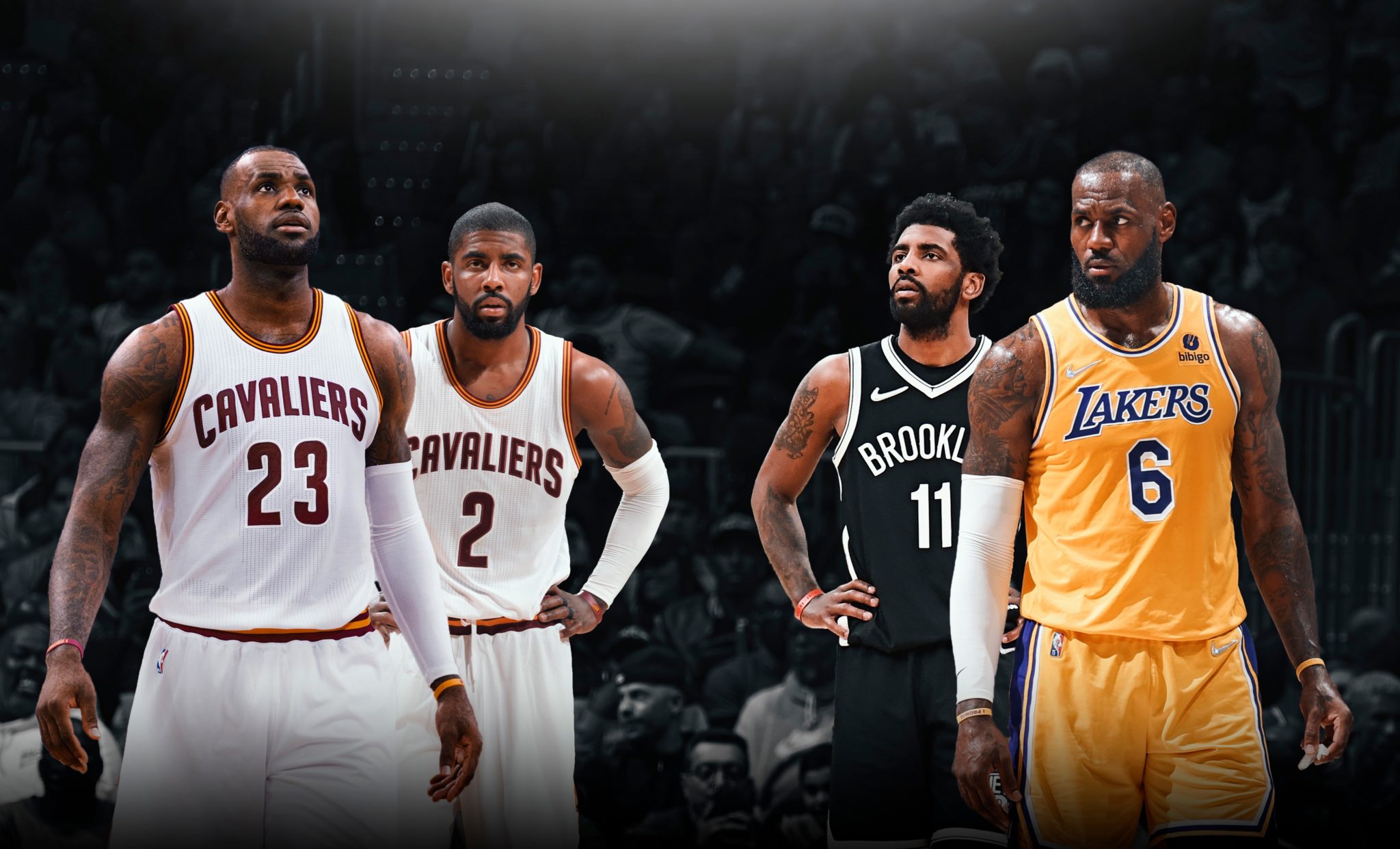 Kyrie Irving has told his side of the story when it comes to leaving Cleveland and how it affected his relationship with LeBron James.

Speaking on the I Am Athlete podcast this week, Irving claimed the media had inaccurately portrayed his relationship with James by claiming there was tension between them.

He then attempted to clear the air. Irving began by saying his trade request stemmed from “wanting something different”, with the news of his request leaking before he had the chance to talk to James about it.

“So I go over to China, and I’m on my Nike tour, and somehow the news gets leaked while I’m in China,” Irving said. “So I can’t even get on (social media) to defend myself.”

“There would’ve been a better man-to-man understanding about what I’m going through. I didn’t know how to share my emotions. I didn’t know how to do that. So instead of sharing, I isolated myself. I just started pouring myself more into the game — I had one of my better seasons but I wasn’t connecting with everybody as much during the championship year…

“We (Irving and James) didn’t talk during that time. When I look back on what I was going through at that time, I wish I did, because it would’ve been a good understanding of what the future will hold for both of us and we know how much power we both had together. Me and him in the league together running Cleveland, and then being able to put a better team together every single year would’ve definitely been worth it.”

Irving also teased the show’s listeners about a 1-on-1 battle with James, but remained tight-lipped about who won.