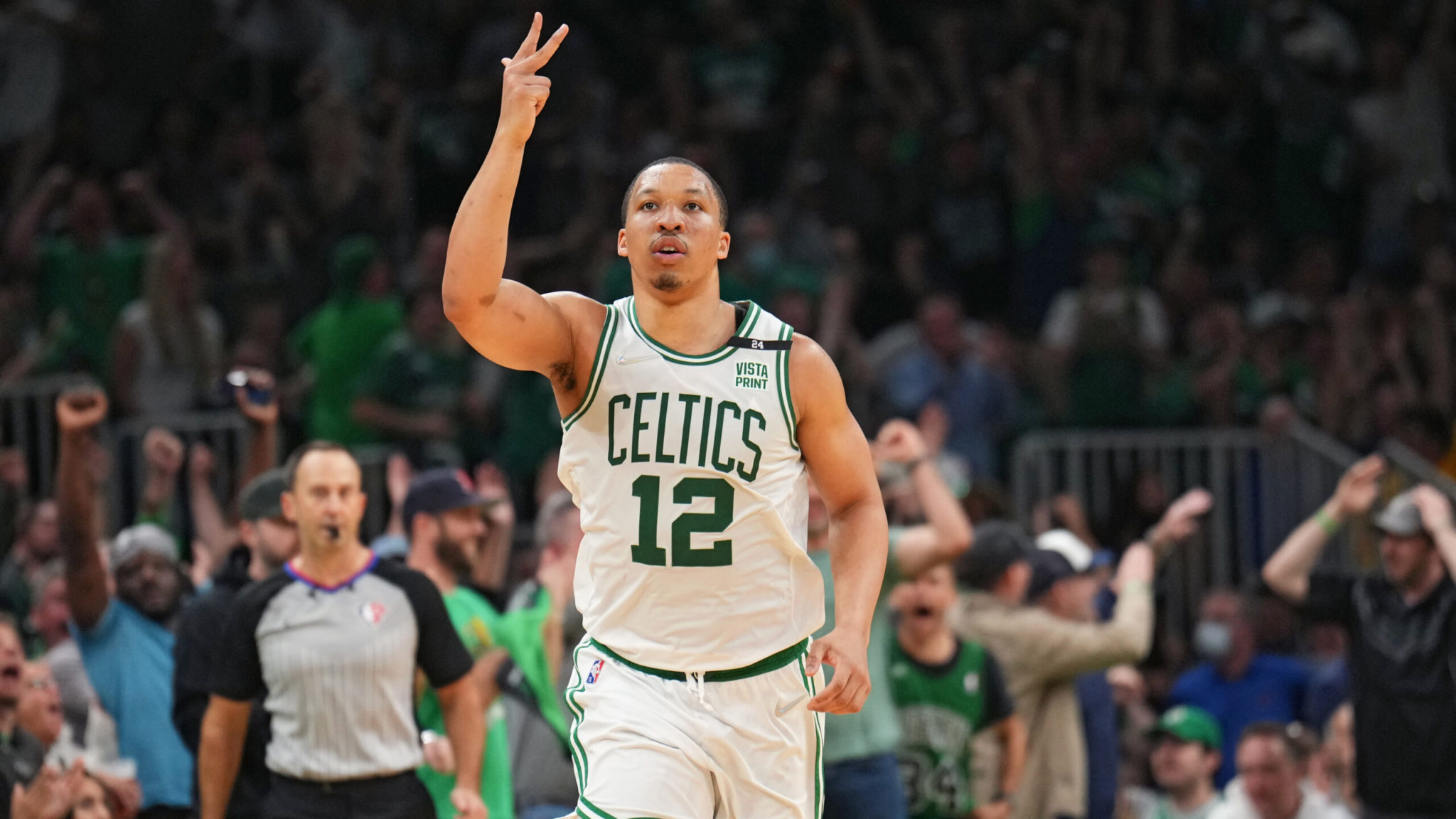 The Boston Celtics used a balanced attack to shut down reigning Finals MVP Giannis Antetokounmpo and the rest of the defending champion Bucks for a 109-81 win and a ticket to the Eastern Conference Finals.

Five Celtics scored in double figures, led by Grant Williams’ 27 points, 21 of those points coming off of seven three-pointers.

“I told him [Williams] to let it fly. They’re disrespecting you tonight,” Boston coach Ime Udoka said after the game.

Williams started slow before connecting on his threes, finishing with a whopping 18 attempts to break Steph Curry’s record.

“Each one, as time went on, got more comfortable,” said Williams. “It was just great that we got a win.”

Jason Tatum had 23 points, Jaylen Brown had 19, and Payton Pritchard chipped in 14 points with four three-pointers.

“My mantra for the series was ‘take what they give us and let it fly,'” said Udoka. “We felt we were very close to having a really good offensive game and blowing it open.”

Still, it was the Celtics’ defense that put a lid on Giannis in the second half allowing him just eight points after scoring 17 points in the first half.

Brooke Lopez added 11 points, but the rest of the Bucks struggled, shooting 36.7 percent from the field and a dismal 12.1 percent from behind the arc.

“Give a lot of credit and a lot of respect to the Boston players, the coaching staff, coach Udoka; phenomenal job,” said Bucks coach Mike Budenholzer. “They were the better team.”

“If we had him, maybe it would be a different story. But we didn’t,” said Antetokounmpo in the postgame press conference.

“We could have used him. He makes big shots and big plays, especially on the offensive end,” said Jrue Holiday. ” It’s really no excuse. Game 7. You’ve gotta find a way.”

The Celtics and Heat tip-off Tuesday in Miami.