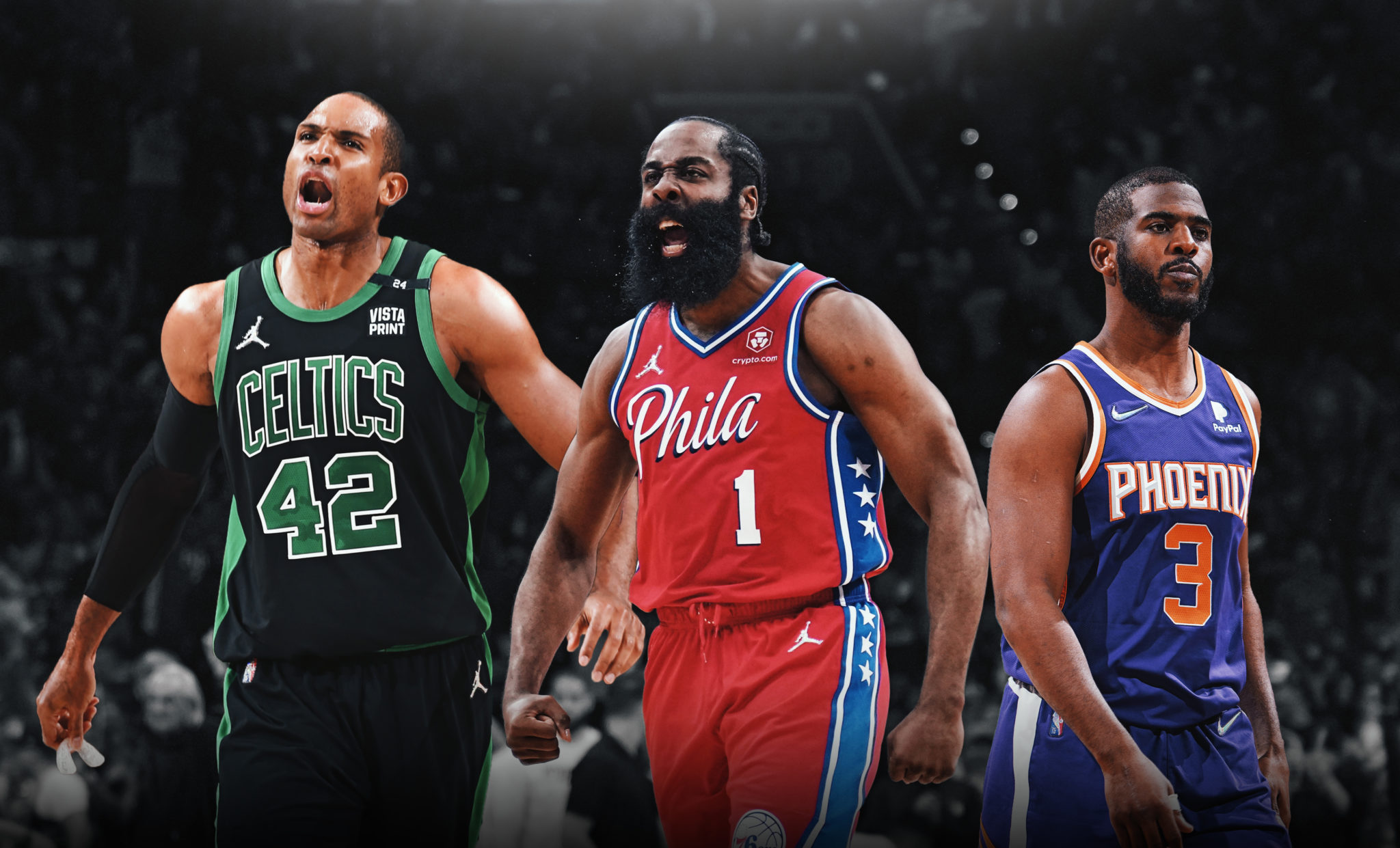 This year’s playoffs have been full of surprises. Here are our top three from the second round of postseason action.

It’s hard to overstate how uninspiring James Harden was in the lead up to Philadelphia’s Game 4 matchup with Miami on Sunday. Harden, a man who not long ago wouldn’t get out of bed for less than 35 points, went 15 straight games with less than 25 points and 44 games with less than 30 points. He looked sluggish, was shooting 39 percent from the field in the playoffs, and his all-round play had the Ben Simmons trade looking like a loss for both teams.

And then it happened. Harden went off in Game 4 in a turnaround reminiscent of the classic movie scene where you’re led to believe someone’s dead and then their eye opens. Suddenly, the man tasked with helping Joel Embiid win a championship was beating guys off the dribble, orchestrating the offence, hitting long range bombs at a tasty clip (6-10) and reclaiming his step-back mojo.

He even capped it off with a fourth quarter takeover consisting of 16 points and four 3s. And with the Sixers looking at a 3-1 deficit if they lost that game, Harden’s bounce-back came just in time. The question now is whether the old James Harden is truly back, or whether games like that are now a once a year freak event.

Apparently not content with merely playing his assigned defensive role, 35-year-old Al Horford decided there was no good reason he couldn’t replicate that same magic on offence too. After putting up 22 points on 9-17 shooting against the Bucks in Game 3, Horford went full flamethrower in Game 4 with 30 points on 11-14 shooting, including 5-7 from downtown. He finished with the same number of points and field goals as teammate Jayson Tatum, only he did it on 10 fewer attempts.

Better still, Horford is back to be the Giannis stopper. Antetokounmpo is shooting 30.6 percent when guarded by Horford and 53.8 percent when guarded by any other Celtic, according to StatMuse. All this is coming from the same Al Horford who looked out of sorts playing for the 76ers, before being shipped off to Oklahoma City where he played just 28 games last season and largely disappeared off the radar.

Chris Paul’s brilliance stems from his elite decision-making, the calculated nature of everything he does, and the meticulous precision with which he does it. So it was more than a little shocking to see Paul turn the ball over seven times in Game 3 against Dallas, before getting fouled in just 23 minutes in Game 4.

One sloppy Chris Paul game is surprising enough, but two in a row is especially unusual. The last time Chris Paul had a miserable night it was against New Orleans in the first round. He channeled that fury into two dominant performances to close out the Pelicans (and a swift kick right in Jose Alvarado’s nether regions for good measure).

Few things in basketball are scarier than a vengeful Chris Paul. The Mavs have every reason to be wary heading back to Phoenix on Tuesday.