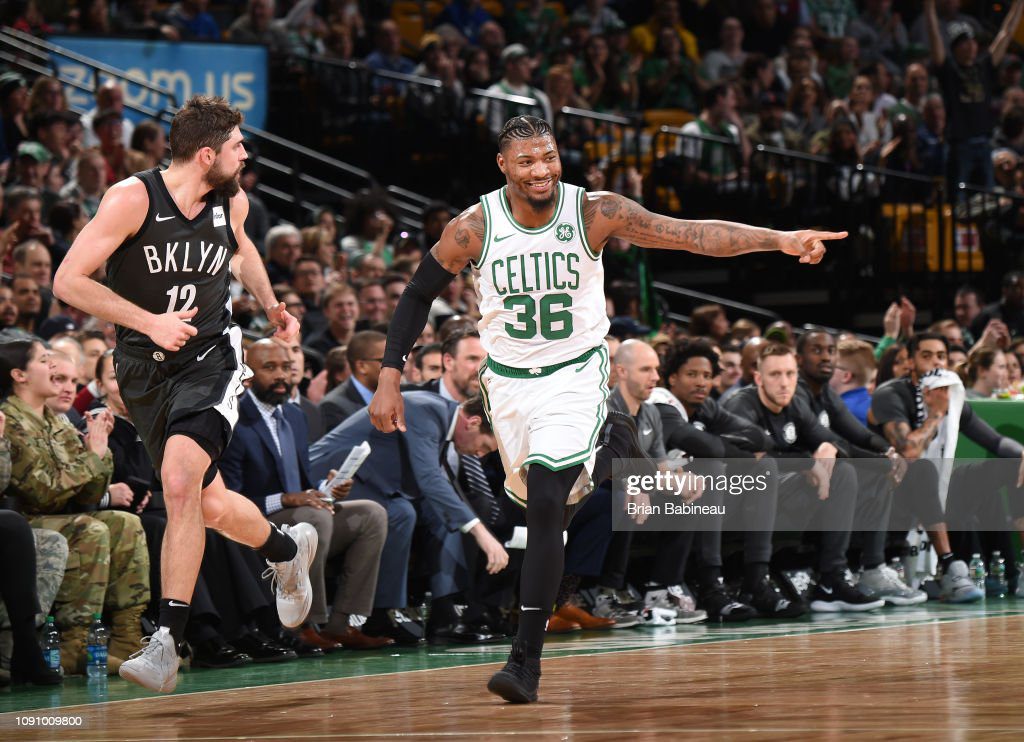 Defensive Player of the Year and Celtics guard Marcus Smart has been cleared to return to action against the Milwaukee Bucks in Game 3 of the Eastern Conference Semi-finals.

Smart missed Game 2, in which the Celtics tied the series up at 1-1.

The injury occurred in their 12-point loss to the Bucks in Game 1.

Smart was also dealing with a shoulder stinger in that game.

Smart has averaged 15.2 points and 6.8 assists in 36 minutes per game over five appearances in the playoffs.

More importantly, he provides Boston’s defense with another weapon against a Milwaukee offense that has scored just 95.9 points per 100 possessions through the first two games of the series.

The playoff-tested guard was the most impactful member of the NBA’s top-rated defense during the regular season.

Smart missed six games with the same injury in mid-January when the Celtics finished 3-3 without him, and he re-aggravated it when his thigh was struck multiple times in a physical Game 1 against the Bucks.

“If I’m out there, I should be able to do the things that I was doing, or I shouldn’t be out there,” Smart told reporters. “So, when I come back, I’m coming back to be me. That’s all I can really say about that.”

Boston’s switch-heavy defense means Smart will spend some time guarding two-time MVP Giannis Antetokounmpo, who has needed 52 shots to score his 52 points in the series.

Smart spent the bulk of his time against the Bucks defending Khris Middleton during the regular season.

Middleton has not played since suffering a Grade 2 left MCL sprain in Game 2 of Milwaukee’s first-round series against the Chicago Bulls.

The Athletic’s Shams Charania reported that Middleton is expected to miss the entire series against Boston.

The Bucks on Thursday announced he “continues to make steady progress on his left knee injury rehabilitation, and additional updates will be provided as appropriate.”

Marcus Smart edged out the Suns’ forward Mikal Bridges and Jazz center Rudy Gobert for Defensive Player of the Year.