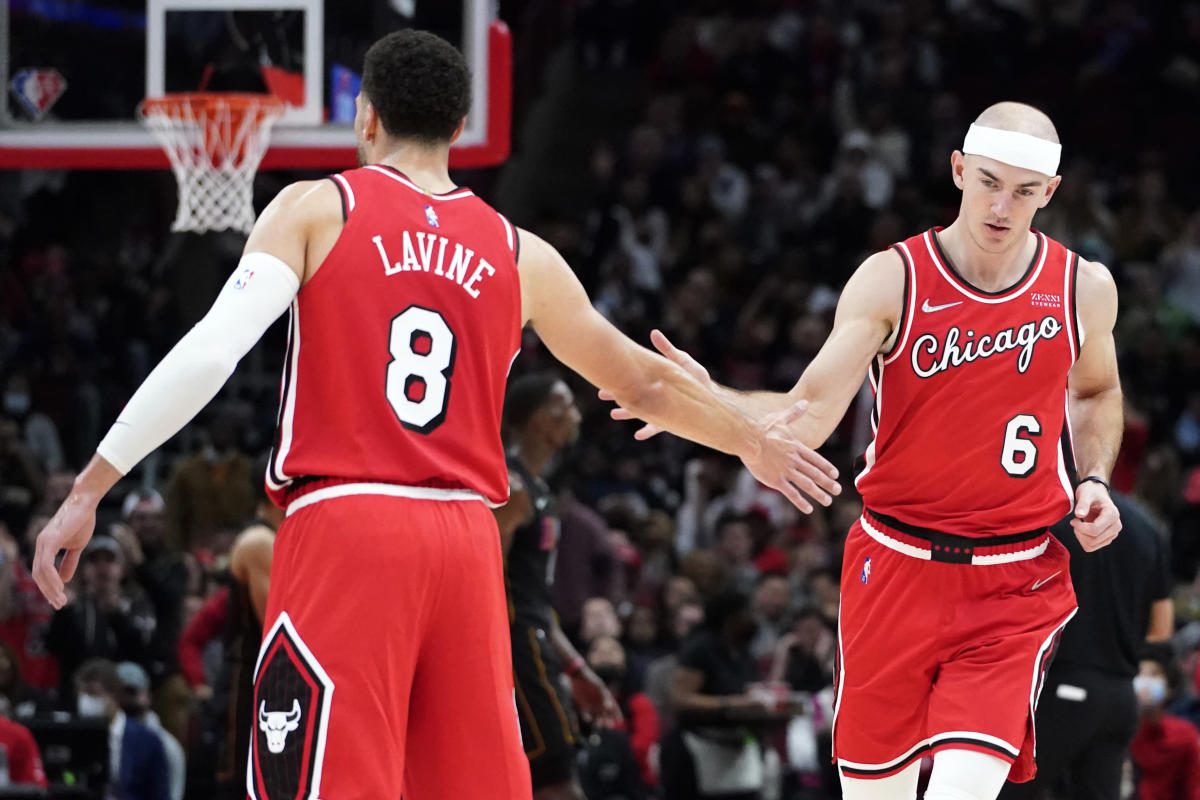 The Chicago Bulls have listed Zach LaVine and Alex Caruso as Out for Game 5 of the Eastern Conference first-round series against the Milwaukee Bucks.

Caruso – who’s averaging 6.3 points, 4.3 assists, and 1.3 steals on 39%/39%/N/A shooting splits in the series – entered concussion protocol after suffering a head-injury in Game 4.

The Bucks lead the series 3-1.

It will be hard for the Bulls to stave off Giannis Antetokounmpo and the Bucks; who have won the past two games by a combined 54 points.

The Bulls were a top-seed in the Eastern Conference prior to the all-star break – but fell apart down the stretch due to injuries and inconsistent play.

In fact, the Bulls were the only top-10 seed in the Eastern Conference to post a negative point differential, at a staggeringly bad -0.4 per game.

It will be interesting to see how the Bulls front-office approaches free-agency with a roster clearly built to compete now.

Still, the Bulls will have a chance to stay in the playoffs if they can beat the Bucks on Wednesday.