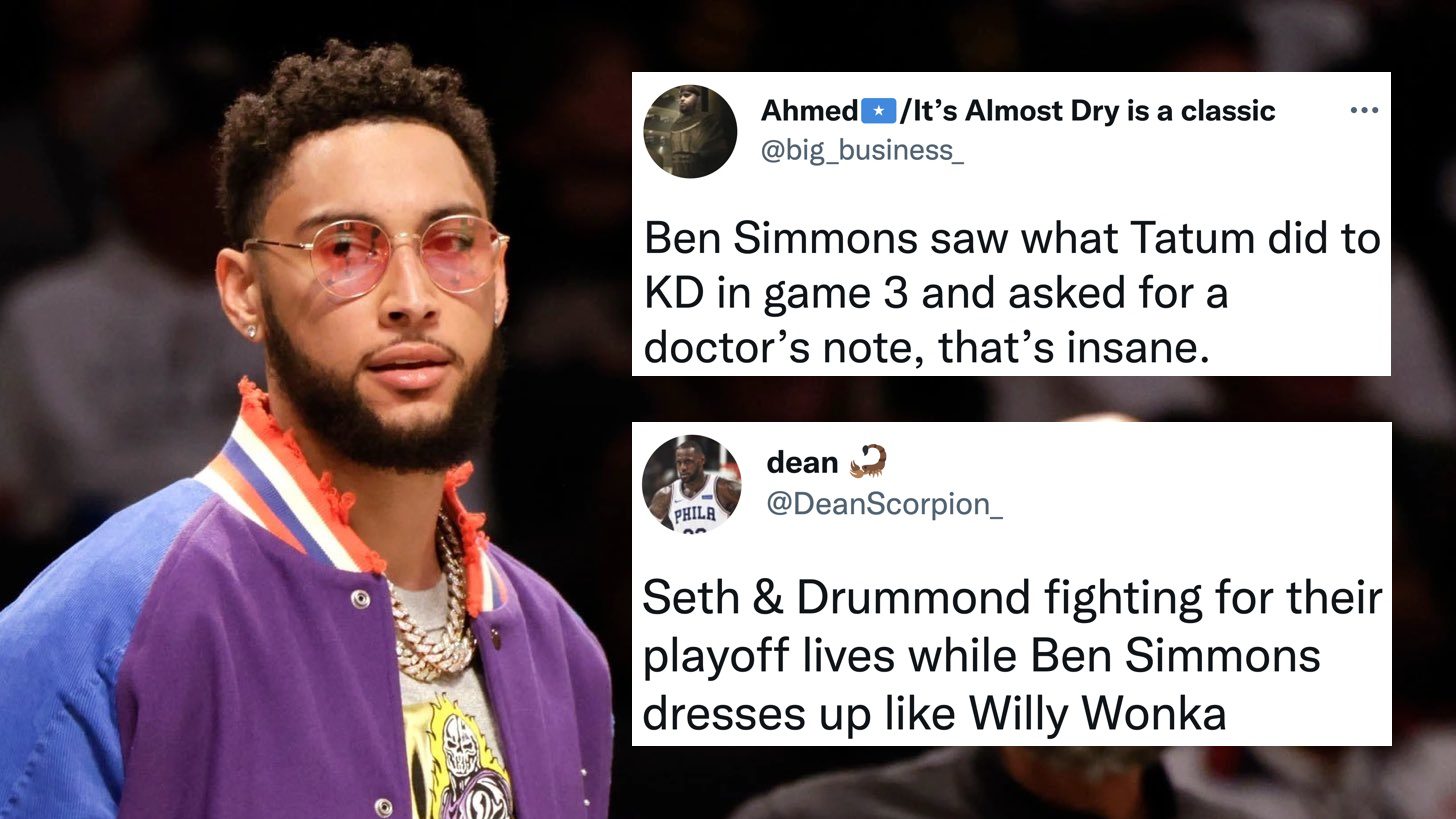 Ben Simmons had widely been expected to return in Game 4 for quite some time. So when Brooklyn got down to Boston 3-0 and Simmons complained his back soreness had returned, the internet absolutely lost its god damn mind.

Here are the best viral reactions from around the Twittersphere:

Ben Simmons miss Kendall Jenner that much that he tryna look like Devin Booker? pic.twitter.com/aCVKYm9tMz

Ben Simmons saw what Tatum did to KD in game 3 and asked for a doctor’s note, that’s insane.

Seth & Drummond fighting for their playoff lives while Ben Simmons dresses up like Willy Wonka pic.twitter.com/bcRDAmpMy3

Spent more time on an NBA floor than Ben Simmons this season. pic.twitter.com/SCx5fC4yvl

Ben Simmons teasing his return for the 10456th time pic.twitter.com/2T9bOB79pu

“We’d like you to come play some professional basketball”