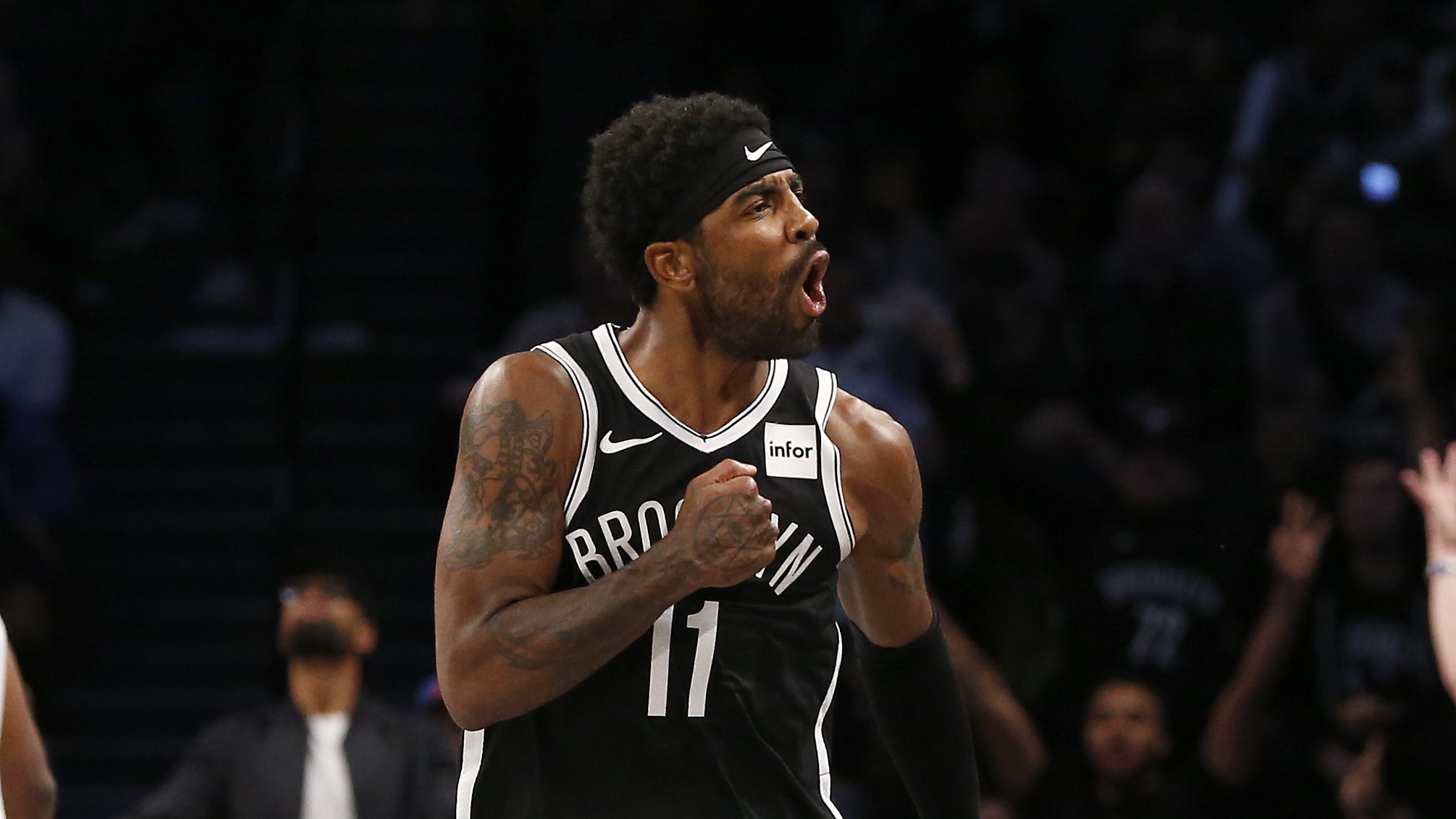 Kyrie Irving has addressed his middle finger gestures towards the Boston crowd in Game 1 of the first round series between the Nets and Celtics on Sunday.

“Where I’m from, I’m used to all these antics and people being close nearby,” Irving said. “It’s nothing new when I come into this building, what it’s gonna be like. But it’s the same energy they have for me, I’m gonna have the same energy for them.”

Irving added that he did not have a problem with Celtics fans in general.

“It’s not every fan, I don’t want to attack every fan,” he said. “But when people start yelling ‘pussy,’ and ‘bitch’ and ‘fuck you’ and all this other stuff, there’s only so much you can take as a competitor, and we’re the ones expected to be docile and be humble and take a humble approach.

“Nah, fuck that. It’s the playoffs… I know what to expect in here and it’s the same energy I’m giving back to them. I’m not really focused on it, it’s fun. Again, where I’m from, I’ve dealt with so much, so coming in here you relish it as a competitor…

Irving went on to say his interactions with the fans were fair game.

The former Celtics star certainly rose to the occasion in Game 1, pouring in 39 points, 5 rebounds, 6 assists and 4 steals on 60 percent shooting to carry the Nets agonisingly close to a Game 1 victory before Jayson Tatum made a last-second game-winning shot.

Irving deserved better, and he will have his shot at revenge when Game 2 tips off in Boston on Wednesday.