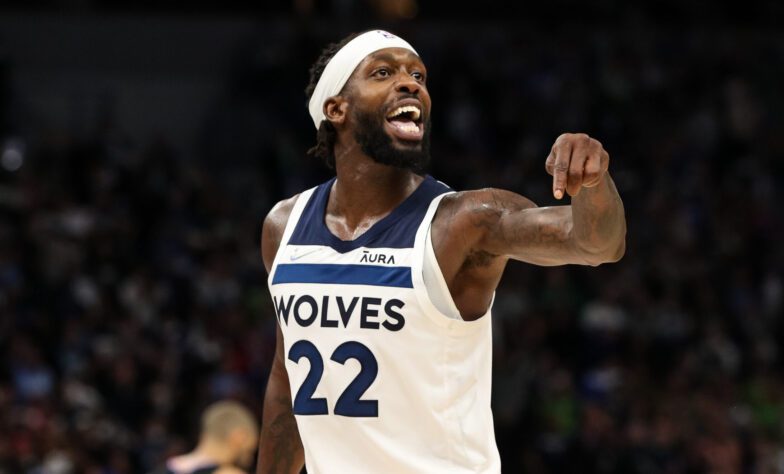 Minnesota Timberwolf Patrick Beverley could barely contain himself after defeating his former team, the LA Clippers, 109-104 in the Play-In.

He jumped on the scorer’s table, and brought a beer to his postgame press conference, but it was what Beverley had to say that got him a $30 thousand fine from the NBA  for “egregious use of profanity.”

“We’ll try to sound real humble, but I know– you know, that’s going to leave in about two seconds. But we played a real good team, well-coached. Obviously, there’s emotion behind it– you know, a former team. Man, I wanted this so bad. I wanted this one so bad,” Beverley said at the start of his comments.

“This is just the icing on the cake, the cherry on top, play-in, to be able to beat them. I mean, it’s another goal scratched off. I told you we was going to the playoffs. Everybody, most of y’all, y’all looked at me like I was crazy when I first said that. I f***** told y’all.”

When a reporter asked Beverley what he said to his old teammates when he stood in front of the bench, Beverley replied, “Take they a** home. Long flight to LA. Take y’all a** home.”

“You know, it’s deeper than that for me, you understand? I gave my blood and sweat, and tears to that organization. I mean, you guys know the story, especially you; blood, sweat, and tears,” said Beverley. “To just be written off like that– you know, aw, he’s injury-prone. He’s old, this, this, that, that. To be able to come here, play them in the play-in, beat their a**, no other feeling, man, no other feeling.”

Per ESPN, the 33-year-old guard also posted a since-deleted video on Instagram calling LA the “weak-ass Clippers” and telling them to “get the f— out of here.”

Beverley spent four seasons with the Clippers before first being traded to the Memphis Grizzlies and then the T’Wolves.

The nine-year veteran is averaging 9.2 points, 4.1 rebounds, and 4.6 assists this season.