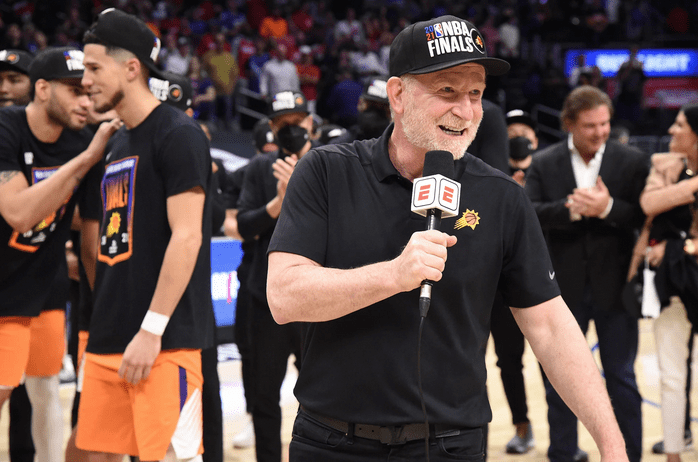 More than four months after the NBA launched an investigation into Phoenix Suns’ owner Robert Sarver to address allegations of racism and misogyny, civil rights activist Rev. Al Sharpton is calling on the league to wrap up its investigation and remove Sarver.

Sharpton told NBA officials in a call Friday that he would bring demonstrations to Phoenix in April if the NBA did not conclude its investigation in the next three weeks or provide a schedule for its conclusion, per Sports Illustrated’s Howard Beck.

“It seems to me like it’s [the investigation] dragging, to the point where it seems like they want people to forget about it. And I’m not going to let people forget about it,” said Sharpton.

“I made it very clear that Sarver has a history of abusive and misogynistic and racist behavior, and this has been going on, according to all these allegations, for about 20 years,” Sharpton told Beck.

In a letter addressed to NBA Commissioner Adam Silver, the American Sports Accountability Project, which includes members of Sharpton’s National Action Network, said Sarver had an extensive record of abusive, racist, and misogynistic behavior and urged the league to take action.

The ASAP cited past incidents of bad behavior involving the Clippers, Mavericks, and Trail Blazers.

In all of the aforementioned cases, those responsible were removed from their respective positions. We see no reason the response to Mr. Sarver should not follow suit.

“I am wholly shocked by some of the allegations purported by ESPN about me,” Sarver tweeted. “I don’t begin to know how to prove that something didn’t happen, and it is difficult to erase or forget ugly accusations once they are made,” Sarver said. “I categorically deny any and all suggestions that I used disparaging language related to race or gender.”

NBA spokesperson Mike Bass told ESPN the investigation was “ongoing and will take the time necessary to complete a thorough and comprehensive review of the matter.”