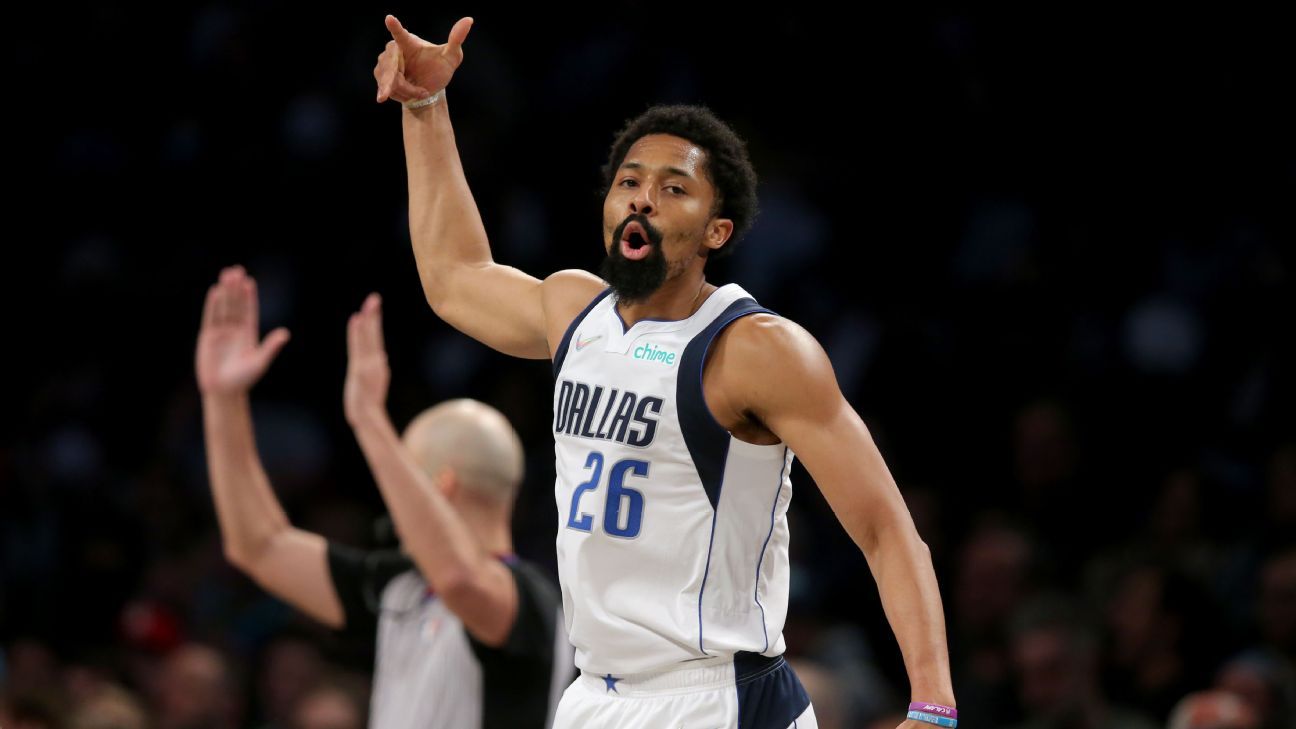 Dallas Mavericks’ guard Spencer Dinwiddie hit a buzzer-beater to secure his team’s 113-111 win over the Brooklyn Nets on Wednesday night.

Dinwiddie also hit a clutch-bucket on Sunday to help the Mavs beat the Boston Celtics.

“I give trust to my guys,” Mavericks’ star Luka Doncic – who had 37 points, nine rebounds, and nine assists – said after the game.

“He’s just balling out and helping our team,” Doncic said in regards to Dinwiddie.

Dinwiddie and veteran sharpshooter Davis Bertans (who hasn’t been shooting sharp lately) were acquired at the trade deadline in exchange for Kristaps Porzingis.

Many pundits questioned how Dinwiddie, a career 32% three-point shooter, would help Doncic space the floor.

Those questions have been answered, at least for the time being.

The Mavs have won eight of their past nine games.

Related Article:  Why DeMar DeRozan Is More Likely for Lakers Than Zach Lavine, per NBA Insiders
-->