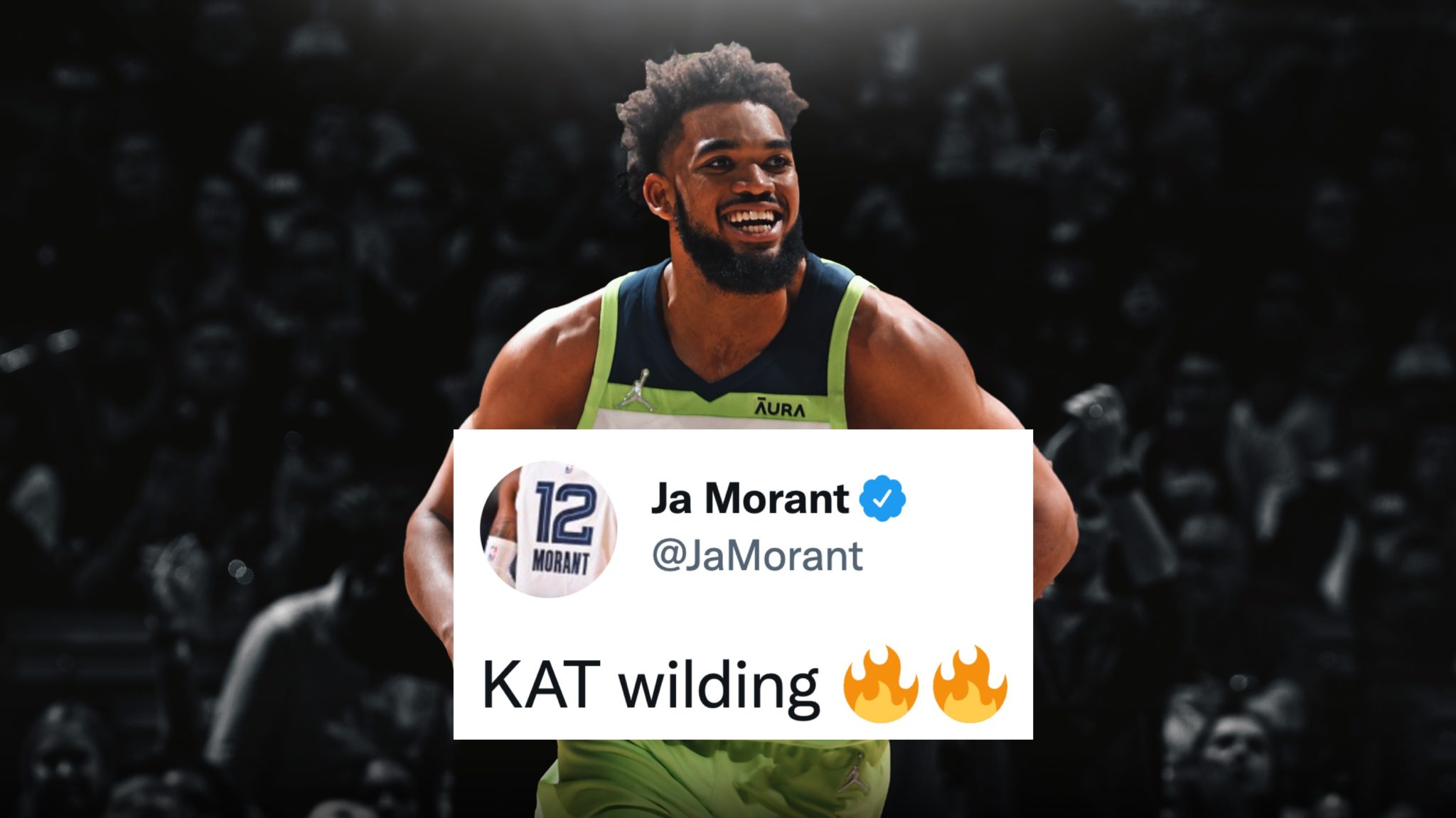 Karl-Anthony Towns erupted for career-high 60 points on Monday night against the Spurs, also grabbing 17 rebounds and shooting 6-9 from deep in the process.

Here are the best reactions from around NBA Twitter:

Karl-Anthony Towns was set up in a spot coming out of the All Star break where he AND the Wolves had to go nuts the rest of the way in order for him to be in the All NBA conversation.

The Wolves are 9-2 since the break and KAT just dropped a 60-piece.

The Minnesota Timberwolves are going to make the playoffs and be a hard out for any team they play against! That Pat Bev leadership got Towns playing like an MVP candidate! Already got a 50 piece and counting. Don’t mind me tho and Carry on…

Since Wilt Chamberlain retired, only 3 centers have scored 60 points in a game, per @Stathead:

If Karl-Anthony Towns does NOT make one of the three All-NBA teams this season, we riot.

I HATE that the Timberwolves sat KAT for the whole fourth. Dude had a legit shot at 70 and it wasn’t even a blowout. HATE.

Zach Collins when he’s asked in the postgame interview how he gave up 60 to KAT pic.twitter.com/vztIu85iAK

KAT just had scored 32 points in a single quarter.