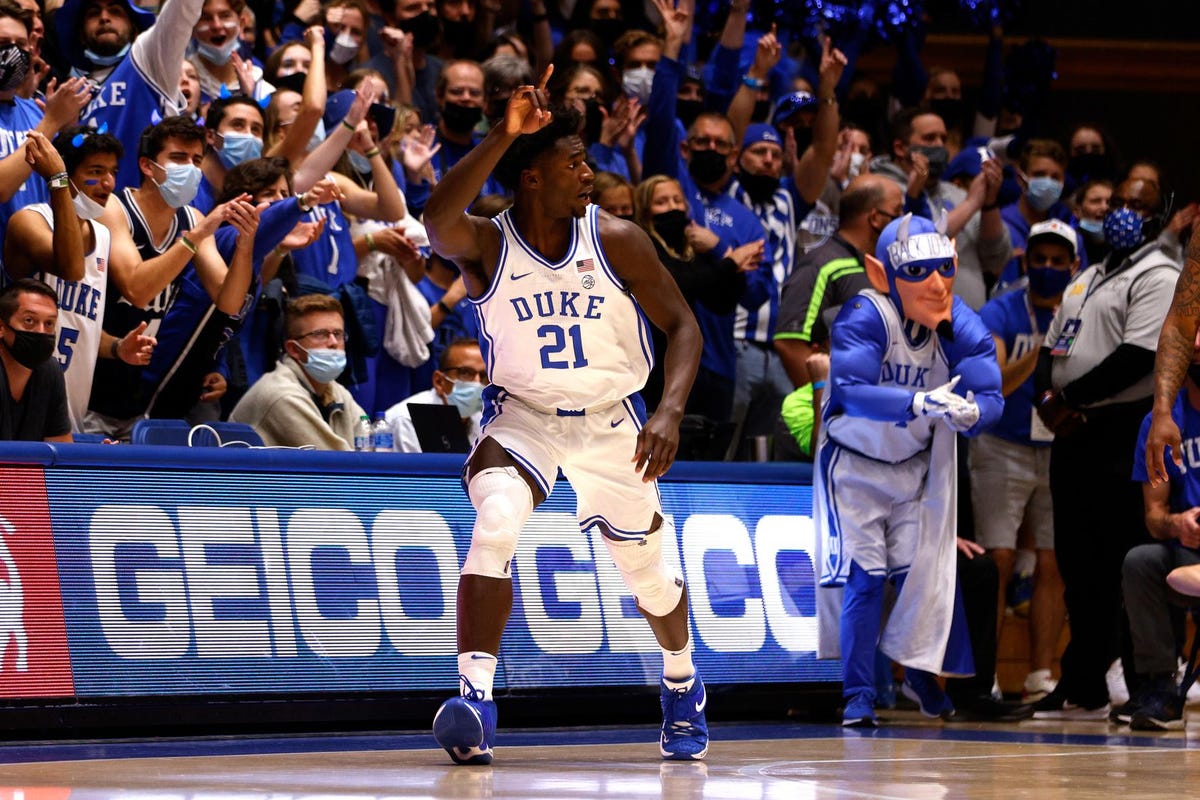 The NCAA Men’s Basketball Tournament is just a few days away – which means NBA scouts will have their hands full evaluating players under the bright lights.

However, there are a lot of players who could see their draft-stock fluctuate based on their performance.

Here are a few:

Oh, and he’s one of the youngest players in his class at 18 years old.

Scouts are no doubt intrigued by Griffin’s size and shooting-efficiency – but questions remain over whether he could maintain his efficiency at a higher usage rate.

Like Griffin, Duren is one of the youngest players in his class at 18 years old.

Scouts liken Duren to traditional big-men such as Andre Drummond and Nerlens Noel – but they’re also hopeful his game will translate to the current NBA a la Bam Adebayo.

Duren suffered a shoulder injury in the AAC tournament, throwing his status for March Madness into doubt.

Still, few players could rise or fall as much as Duren depending on how they play (or if they play) in the NCAA Tournament.

Unlike Griffin and Duren, Washington Jr. is older at 20 years old.

Scouts like Washington Jr.’s ability to do a little bit of everything.

Washington Jr. reminds me a lot of former UNC’ guard Coby White – not for his style of play, but rather his draft-stock movement.

White was ultimately selected seventh overall; Washington Jr. would surely love to get picked within the top-10.