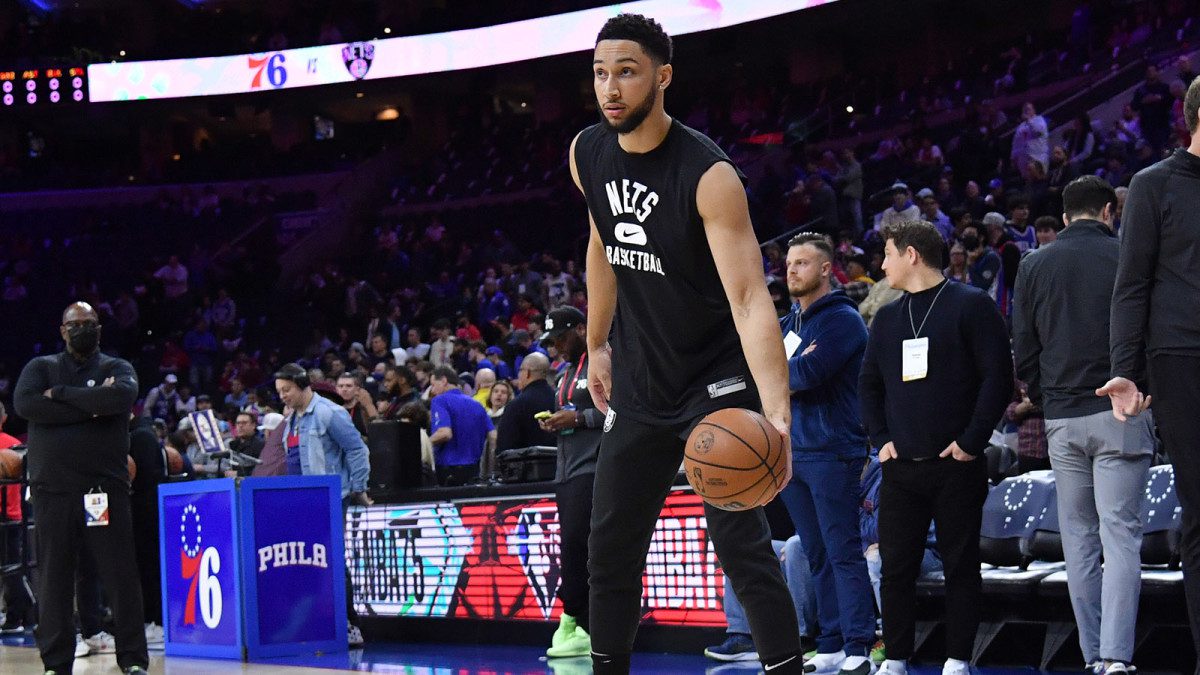 The Brooklyn Nets dominated the Philadelphia 76ers 129-100 in Ben Simmons’ return to Philadelphia.

“I think playing for Ben and the night meaning something to Ben and not only Ben [Simmons], but [An]’Dre [Drummond], and Seth [Curry],” Nets’ guard Kyrie Irving said, via ESPN.

Simmons, Drummond, and Curry were traded to the Nets in a deal centered around 10x all-star James Harden.

“When you get traded in this league, it’s not easy to deal with. And you pick up your stuff that you’ve made a home out of; you’re in one city and then you have to transfer to another city, it’s not always easy, so we’ve tried to welcome him in with open arms.”

The Philly faithful certainly let Simmons hear it – but it wasn’t enough to slow down Irving, Simmons, Drummond, Curry, and the rest of the Nets.

Curry had 24 points and five steals.

There’s no doubt about it: Brooklyn made a statement on Thursday night.