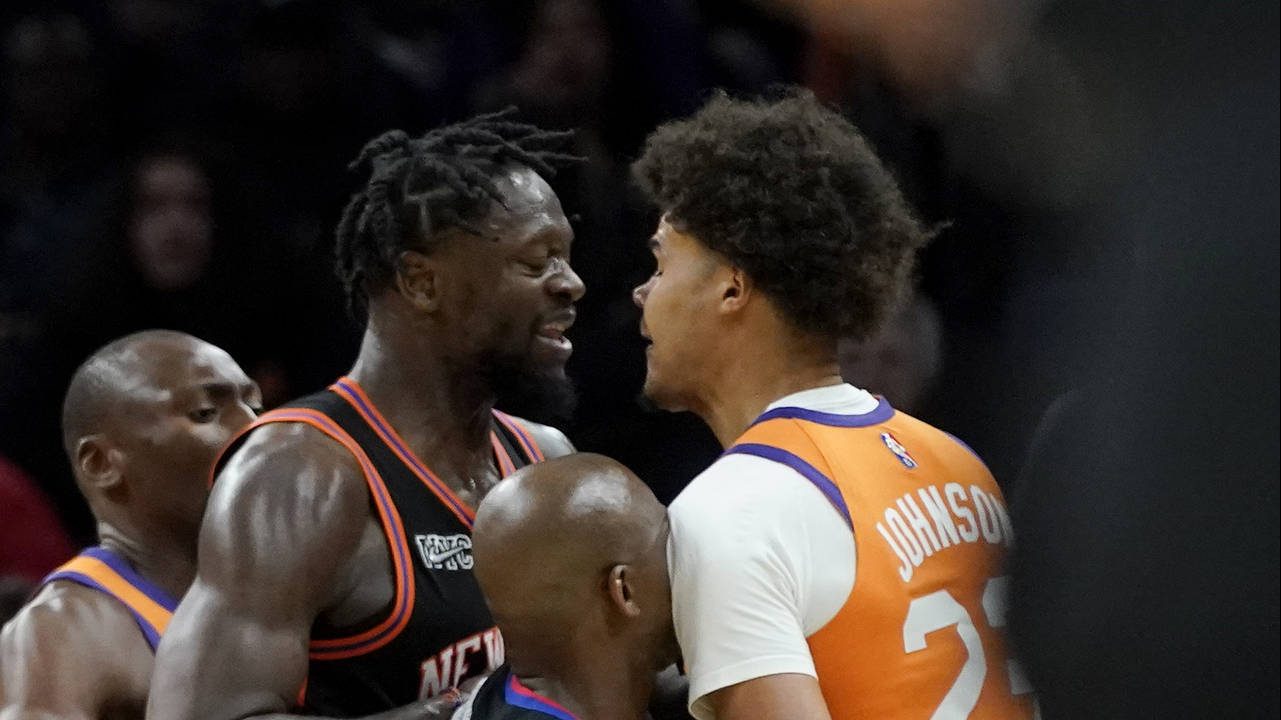 New York Knicks forward Julius Randle has been fined $50,000 for shoving Phoenix Suns forward Cam Johnson and an official during an altercation towards the end of the third quarter of Suns 115-114 victory Friday night.

The league announced it’s fine for Randle on Sunday.

Randle pushed his way past an official standing in between him and Johnson to get to the Suns forward. Randle was assessed two technical fouls and ejected.

Johnson scored 21 points in the fourth quarter, including the game-winning three-pointer to beat the buzzer.

He finished with a career-high 38 points while hitting 12 threes for the game.

The Suns are currently 51-13 and hold the best record in the NBA with a little over a month left in the season.

For Julius Randle and the struggling Knicks, it was their seventh straight loss and 17th in 20 games as they’ve fallen to 12th place in the East with a 25-38 record.