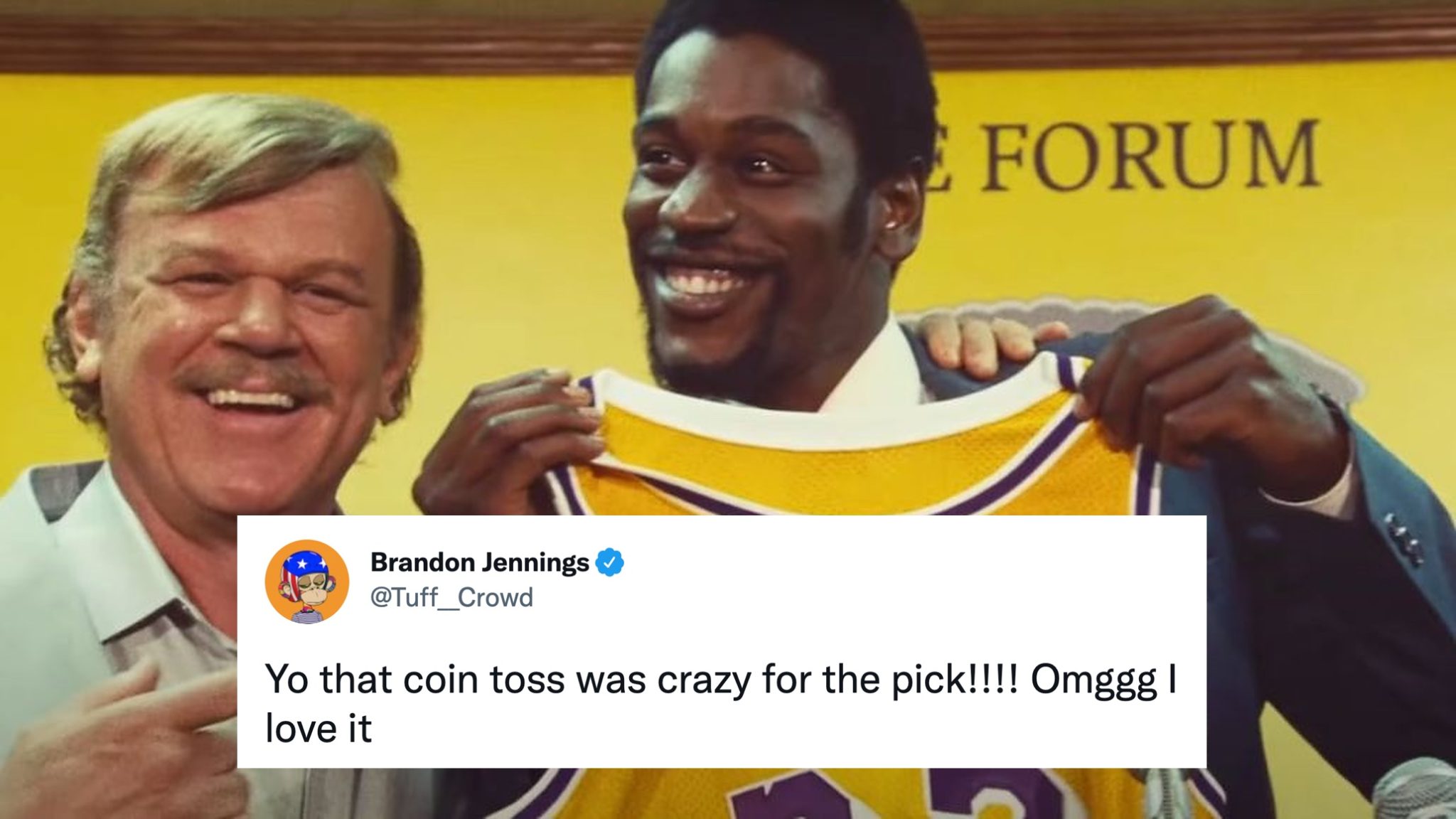 Winning Time, HBO’s much talked about show documenting the rise of the Lakers dynasty, is finally here with the first episode dropping on Sunday night.

Here are the best reactions to Episode 1 from around the Twittersphere:

Winning Time: The Rise of the Lakers Dynasty

Yo that coin toss was crazy for the pick!!!! Omggg I love it

When I saw how they had Jerry West going crazy on #WinningTime pic.twitter.com/8hxjQ9EUq9

When the guy called Magic Johnson “Boy” during that flavorless lunch #Winningtime pic.twitter.com/MBOVhaw6Yg

Can someone explain to me how Michigan is the country and why Norm Nixon, a man from Georgia, would mock a country accent??? #WinningTime pic.twitter.com/a7tnIDmlme

Made him as weird as he reportedly is. pic.twitter.com/aKkxtqFy3t

I get why the old heads were mad at #WinningTime … Kareem cussing out kids, Jerry West mad at EVERYBODY, it’s comedy bruh 😂

Norm Nixon when the lovely ladies in the salon told him that Magic Johnson was taking his spot. #WinningTime
pic.twitter.com/DgRA2cX1Z8