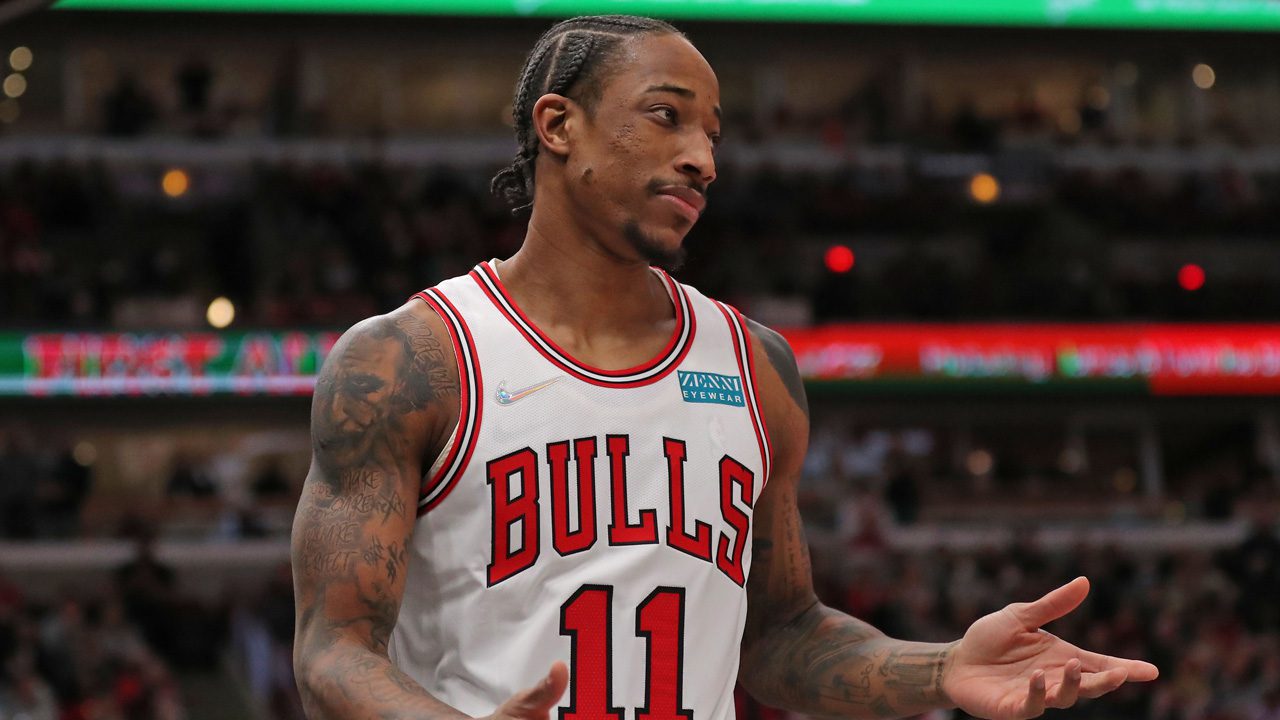 The Chicago Bulls beat the Atlanta Hawks 112-108 Thursday night on the back of DeMar DeRozan’s 37-point performance.

With the performance, DeRozan joined Wilt Chamberlain, Elgin Baylor, Michael Jordan, Kobe Bryant, LeBron James, and James Harden on a list of the only players in NBA history to score 35+ in eight straight games.

Bogdan Bogdanovic led all Hawks scorers with 27 on 11-24 shooting.

But the Bulls wouldn’t have been in the game without DeRozan; who Thompson called “MVP” after the game.

There’s no doubt about it: DeRozan is a legitimate contender for MVP – especially if the Bulls hold on to the top spot in the Eastern Conference.