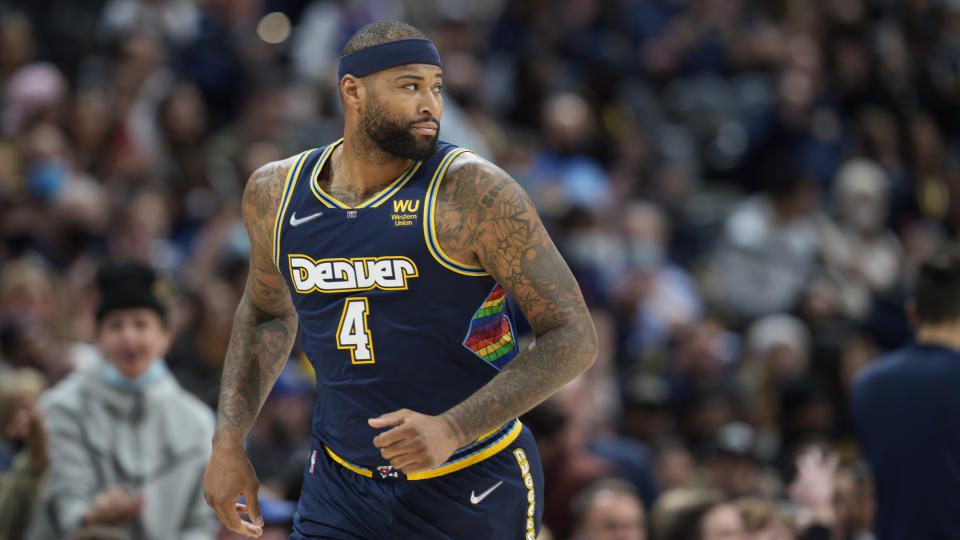 DeMarcus Cousins will finish the year in a Nuggets uniform.

Denver is planning to sign Cousins to a contract through the end of the season in the coming days, The Athletic’s Shams Charania reported on Tuesday afternoon.

Cousins’ second 10-day contract with the organization had expired over the All-Star break.

Sources: The Denver Nuggets are planning to sign center DeMarcus Cousins to a rest-of-season contract in the coming days. Cousins’ final 10-day expired over the weekend. He’s averaged 6.1 points and 6.3 rebounds with Denver, where he’s reunited with Michael Malone.

Cousins averaged 6.1 points and 6.3 rebounds in eight games with the Nuggets this season.

Denver is Boogie’s fourth team in two years since he returned from an ACL injury in 2019.

The 31-year-old was with the Milwaukee Bucks, who he joined in November.

He averaged 9.1 points and 5.8 rebounds in 17 games with the defending champions, though they released him last month.

The former No. 5 overall pick has played for seven teams throughout his 11-year career.

He signed a deal with the Los Angeles Lakers in 2019, though he tore his ACL during a preseason workout and then missed the entire season.

Since the injury, he hasn’t played more than 25 games with a single team.

The Nuggets currently hold a 33-25 record and won five of their last six, heading into the All-Star break.

They sit in sixth place in the Western Conference, 1.5 games behind the Dallas Mavericks and 15 games out of first place.

With the prospect of Jamal Murray coming back in April, the Nuggets will be a team that no top seed wants to face in the postseason.

Nuggets forward Michael Porter Jr. also has a slight chance of returning to action this Spring.