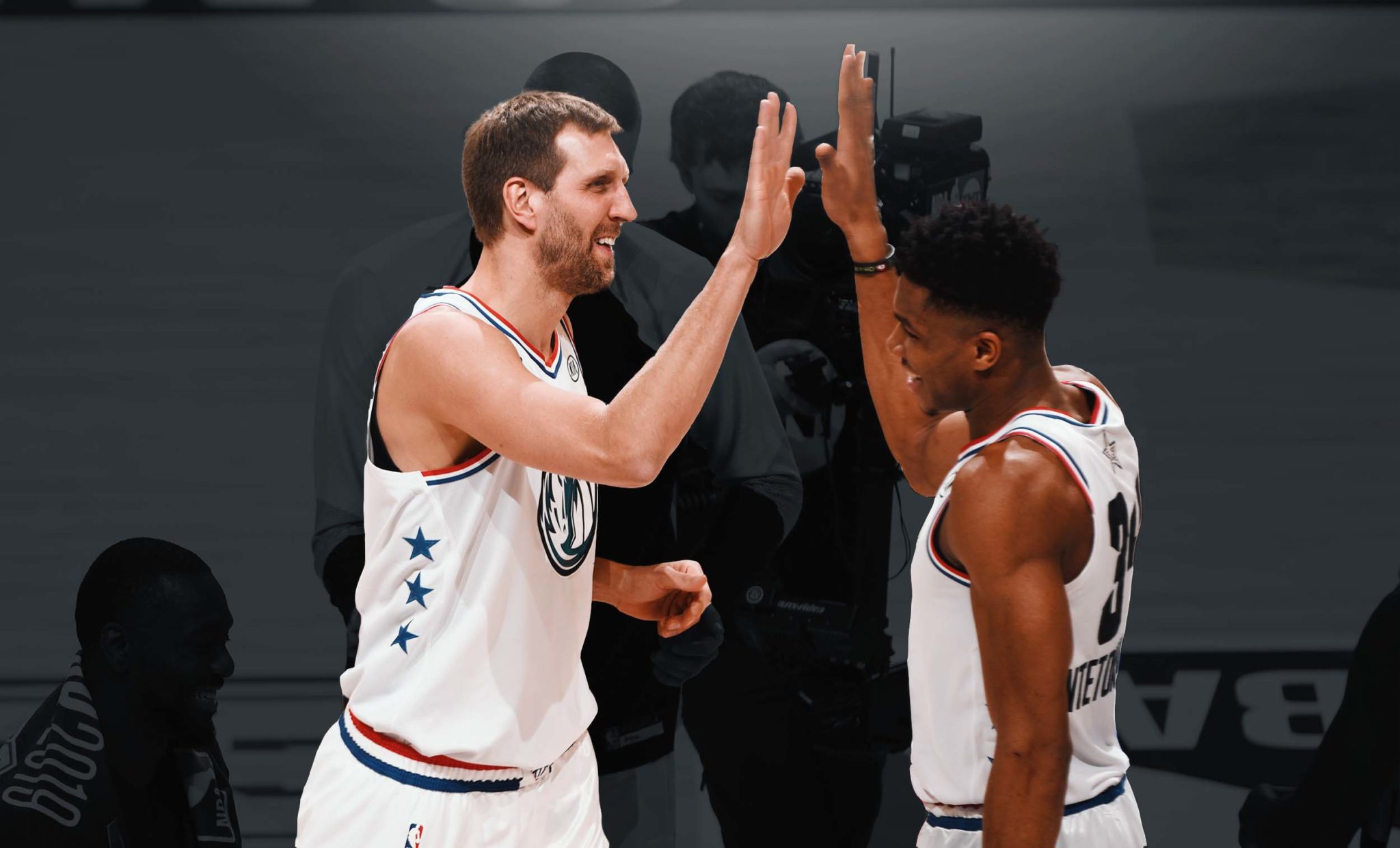 Giannis Antetokounmpo was like a kid in a candy shop (his default setting at the best of times) while rubbing shoulders with the all-time greats during All-Star Weekend.

Despite the presence of Michael Jordan, Magic Johnson and a host of other legends in town for the NBA’s 75th anniversary celebrations, it was Dirk Nowitzki who Antetokounmpo was most excited to spend time with, as he explained on Sunday.

“There were only two Europeans on this (75th Anniversary) team right? That’s insane,” he said. “Sitting next to Michael Jordan, that’s great. LeBron, Carmelo, just unreal. But having the opportunity to sit next to Dirk, who opened the path for us… That’s an even more incredible feeling for me.

“I watched him play when I was a kid… When he was winning the championship for the Dallas Mavericks. He was one of us. He came from Europe.”

While it’s often said Nowitzki changed the game for big men, it cannot be overstated what he means to international players who are following in his footsteps. It wasn’t all that long ago, relatively speaking, when it was much less common to see European players in the NBA, and those who did make the league were often viewed as “soft”.

Now, the top three MVP candidates are all international players: Joel Embiid, Nikola Jokic and Giannis. Luka Doncic also has MVP awards in his future. And with the international movement well underway in the NBA, the Greek Freak is looking forward to his fellow European players being officially recognised among the all-time greats.