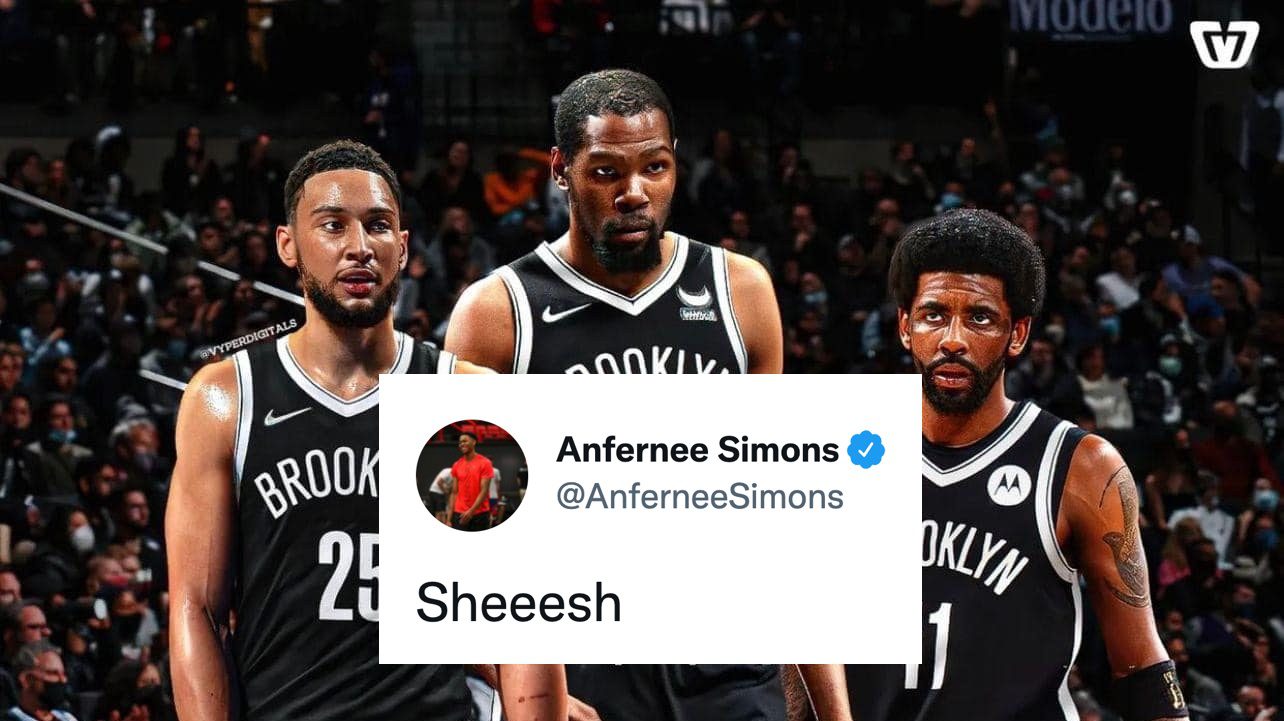 James Harden is a Sixer, Ben Simmons is a Net, and the NBA (as always) is the craziest league in sports.

Here’s how NBA players, and the rest of NBA Twitter, reacted to a wild trade deadline:

Philly is going to be waiting for the return of Simmons!!

Helluva game if KD is back then. pic.twitter.com/O4wx4QWCwB

Philly Back! I’m happy for my city

I survived the day this year y’all 😤😂 pic.twitter.com/NAV64tszfp

.@JoelEmbiid when he heard Ben Simmons got traded. pic.twitter.com/DHmwVuCzLn

Ben Simmons is going to be the fourth or fifth option on his new team, too. Enjoy.

BEN SIMMONS HAS BEEN TRADED TO THE NETS

Joel Embiid as soon as Ben Simmons got traded pic.twitter.com/zORW2k8Rna

Ben Simmons is my least favorite athlete of all time. I couldn't be more happy to both be rid of him, add James Harden, and find out who Paul Millsap is.