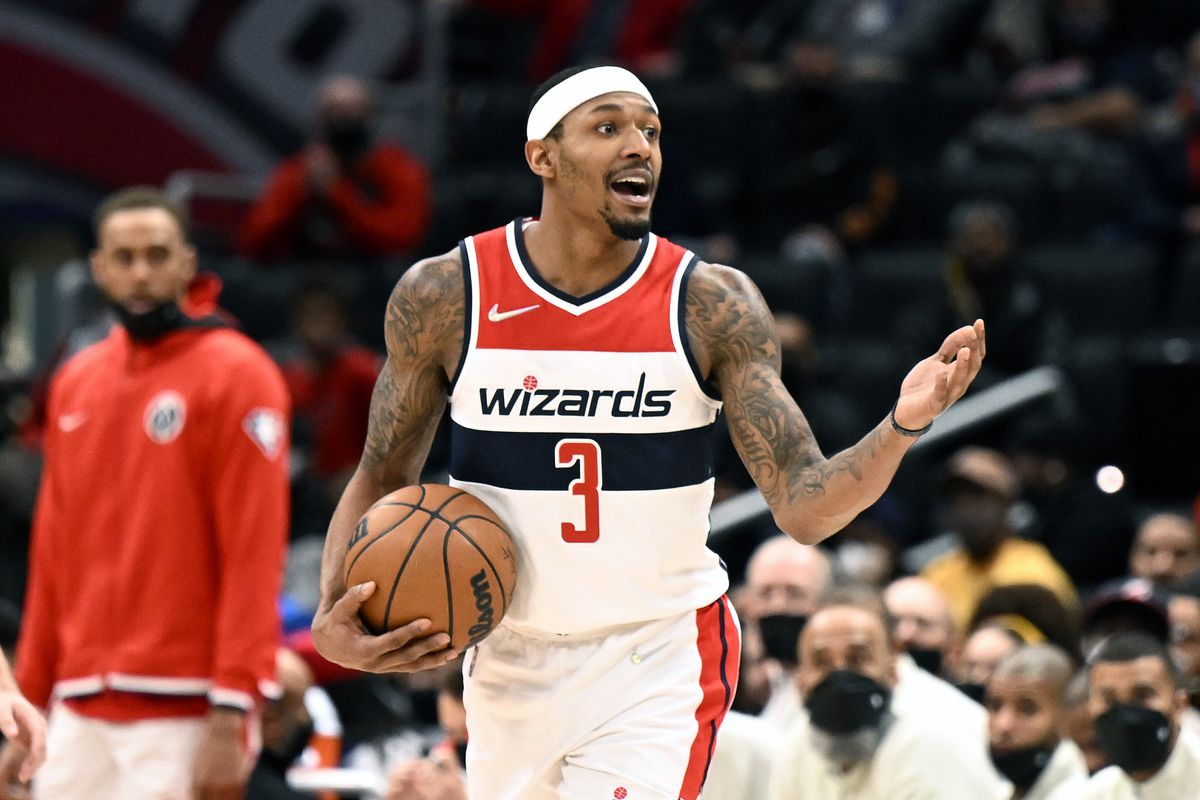 Washington Wizards’ star Bradley Beal has been ruled out with a sprained left wrist just a week-and-change ahead of the February 10th trade deadline.

Pundits have long speculated that the Wizards would trade Beal before he sings a supermax extension as if he did, it could diminish his value to other teams.

Of course, most teams would love to have Beal – who posts career averages of 22.1 points, 4.1 rebounds, and 4.2 assists – just not particularly on a supermax contract.

The Charlotte Hornets recently ran into a similar situation with guard Kemba Walker.

Ultimately, Charlotte decided to not offer Walker a supermax, and instead trade him via sign-and-trade to the Boston Celtics.

The Wizards could do something similar this offseason.

Washington started hot this season but have since cooled down.

Currently, the Wizards sit in 11th place in the Eastern Conference with a 23-26 record.