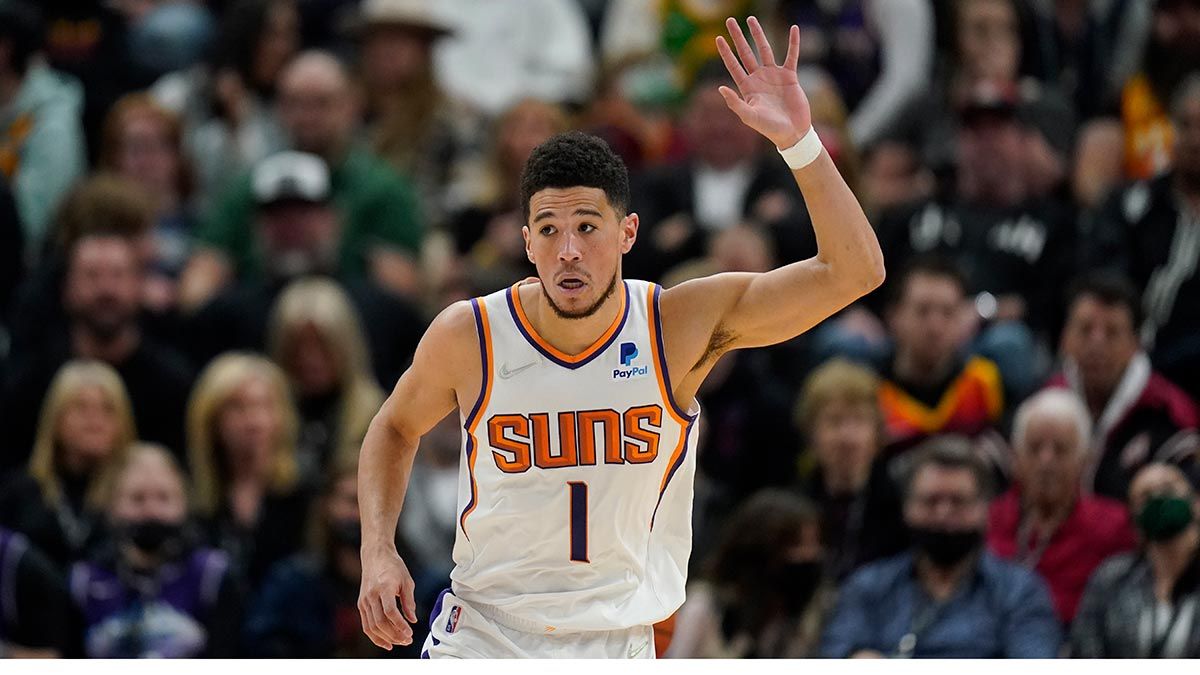 Phoenix Suns All-Star guard Devin Booker was denied the opportunity to be a starter in the 2022 NBA All-Star Game, and his head coach quickly came to his defense.

“I kind of laugh at the voting numbers when I see it at the bottom of the ticker, and so many guys are getting so many more votes than him,” Williams said.

“It’s laughable. When you look at what he’s done, not just of late, but all season long and the wins we have, he should be a starter on the All-Star team, and tonight was one of those games where I think he proved that point.”

Devin Booker appreciated the support but said it’s all good.

“I appreciate it, but I’m not worried about that anymore,” said Booker after scoring a game-high 43 points in Phoenix’s 105-97 win Wednesday night at Utah. “I’m in a different phase of my career.”

Stephen Curry (Warriors) and Ja Morant (Grizzlies) were voted in the starting backcourt while LeBron James (Lakers), Nikola Jokic (Nuggets) and Andrew Wiggins (Warriors) made it as the frontcourt starters for the conference.

Booker was fifth in the voting’s third return for Western Conference backcourt behind Curry (Warriors), Morant (Grizzlies), Luka Dončić (Mavericks), and Klay Thompson, who has played just seven games this season after missing the last two seasons with multiple injuries.

Monty Williams on where Devin Booker is in fan All-Star voting.

Said he should be starting in #NBAAllStar game. pic.twitter.com/miXIPfN7vp

The fans make up 50% of the All-Star starter vote. Current NBA players account for 25% while the media make up the remaining 25% vote for starters.

The Suns have a team goal of having the best record in the Western Conference so Williams and the coaching staff can make the All-Star game.

The Suns currently have the NBA’s best record at 38-9 as they’re on an eight-game win streak.

“We’re going to keep handling business and doing what we have to do. Let the politics and the media popularity contest figure out itself.”

Booker has never made it as a starter or a reserve and missed last season’s All-Star game due to a knee injury.