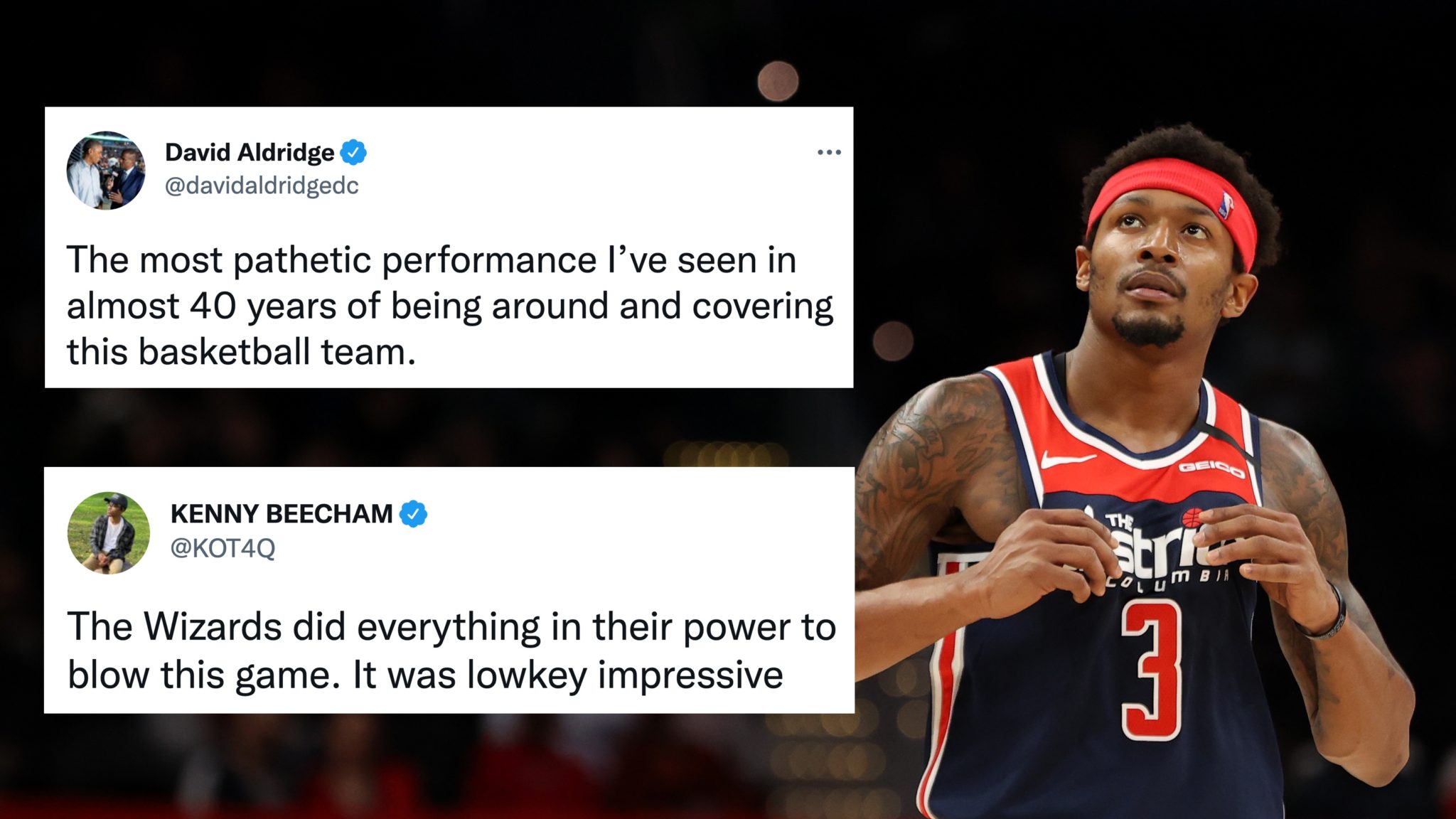 The Clippers have completed the second-biggest comeback of all-time, capped off by a Luke Kennard game-winning four-point play at the death as LA prevailed 116-115 over the Wizards in Washington.

The Clippers just completed one of the most insane comebacks you will ever see, down 35 (!!!!) points. Luke Kennard gets it done at the death. pic.twitter.com/74BnEwofR4

Naturally, the internet lost its mind over the wild scenes in DC, with some choice words for the Wizards too. Here are the best reactions NBA Twitter had to offer:

The Wizards did everything in their power to blow this game. It was lowkey impressive https://t.co/QERF6amAAF

The Wizards blew a 35 point lead against the Clippers G league team….. pic.twitter.com/D06AwPZF0U

Wizards fans seeing their team blow a 35 point lead to the Clippers pic.twitter.com/9ngsWTCYHm

That Wizards loss, blowing a 35-point lead to lose a 4th straight game 2.5 weeks before the trade deadline is the kind of loss that can change your whole plan for the deadline.

all 12 @LAClippers fans in their living rooms right now pic.twitter.com/qNpNcXAVXb

The most pathetic performance I’ve seen in almost 40 years of being around and covering this basketball team.

Nic Batum has his hands on his head like Grant Hill after Christian Laettner buzzer beater… the Clippers come back from the dead, down 35, and steal one in DC 116-115. Clippers have erased 24-plus point deficits to beat the Nuggets, Sixers and Wizards this season. INSANE