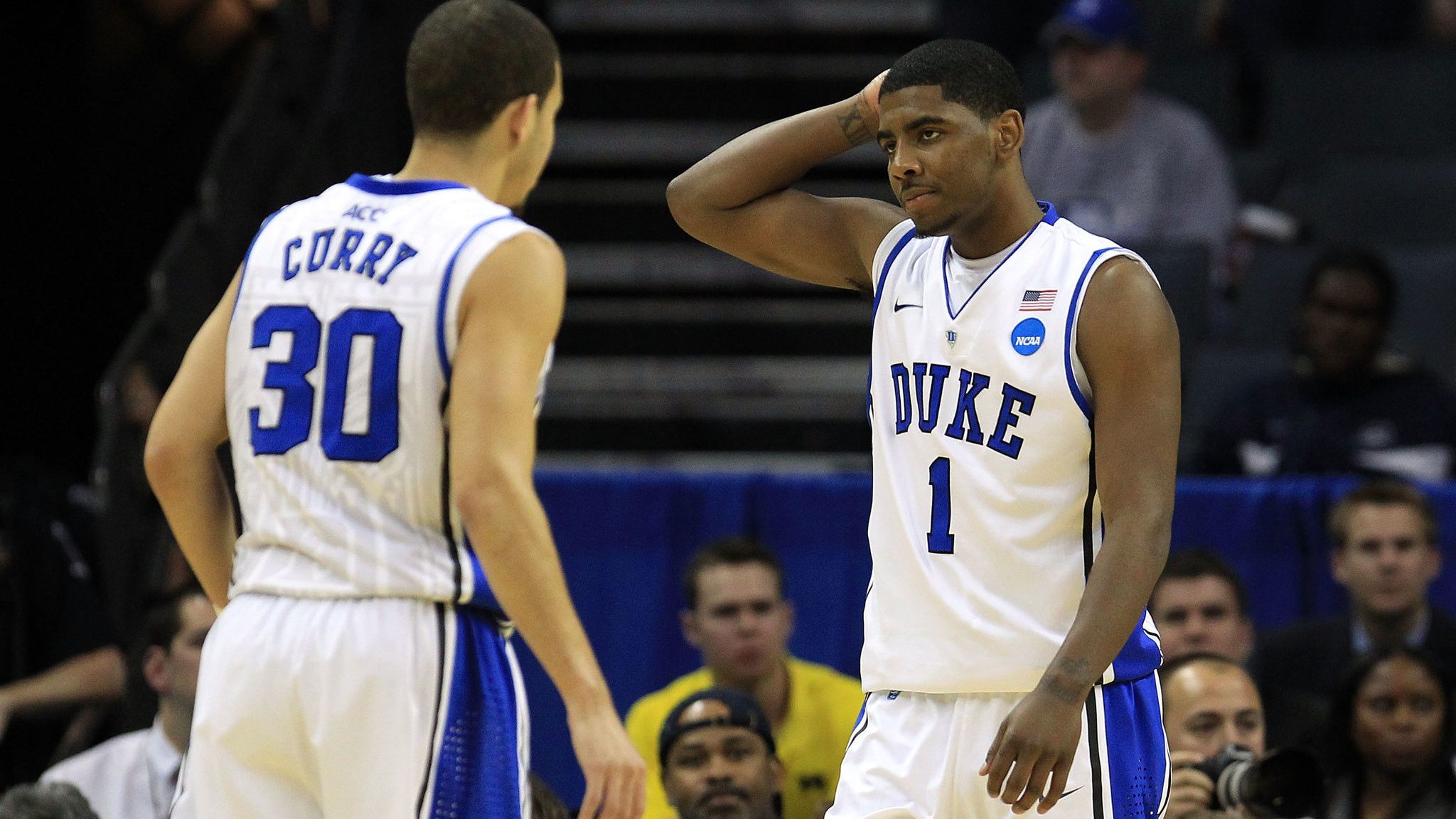 It’s easy to forget that Kyrie Irving and Seth Curry played together in college, but the pair were indeed teammates on a Duke squad that also featured Miles and Mason Plumlee.

Speaking to Stephen Jackson and Matt Barnes on All The Smoke recently, Curry said Irving left quite an impression on him the moment their preseason began.

“He was a monster from day one,” Curry said. “From the first pickup game, I was like, ‘Yeah, he’s gonna be the number one pick’ [laughs].

“He was on a different level from everyone else, and we had a squad, but he took over from the jump. He got hurt and we still won the ACC championship that year, so that was the kind of talent we had.”

Curry also spoke about what it was like to play for the legendary Mike Krzyzewski, who is currently in his final season at Duke after coaching the team since 1980.

“He’s gonna push you, every year he’s bringing in blue chip five star recruits,” Curry said. “He’s gonna coach everyone the same, push them to their limits. You’ve got a standard you’ve gotta live up to when you put on that Duke jersey…

“If you earn his trust, that says a lot, and fortunately I was able to do that while I was there. I think back on stuff… lessons he taught us at practice and games, that I still live by to this day.”

Curry went on to play three seasons for Duke in total before going undrafted and fighting his way into the NBA via the G-League. He is averaging a career-high 16.3 points per game for the 76ers this season.