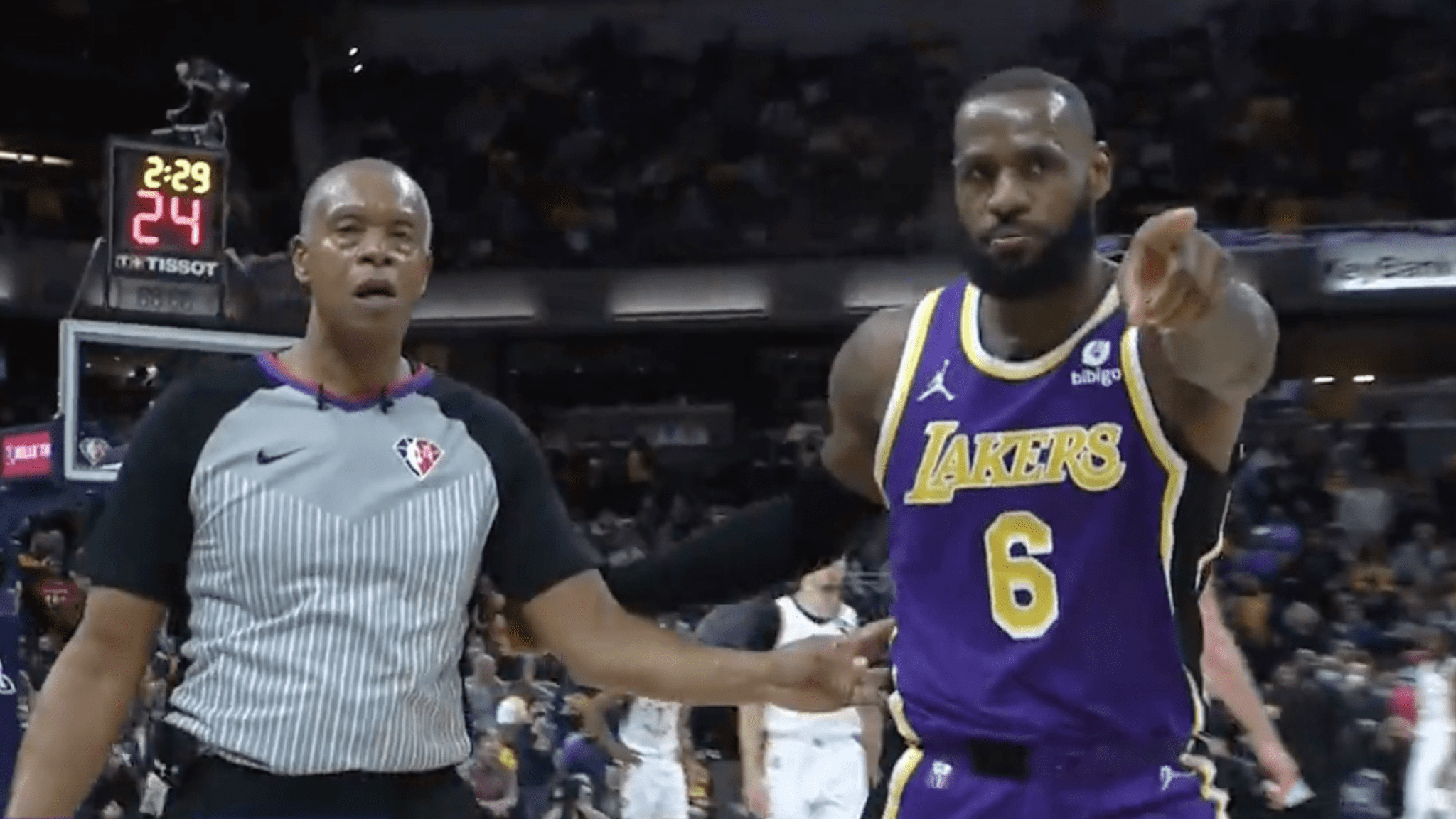 LeBron James has addressed his altercation with two courtside Pacers fans in Indianapolis on Wednesday night.

The fans said some things that infuriated James, who pointed them out to the officials before security escorted them from the arena. One of the fans sarcastically pretended to cry while being led towards the tunnel.

LeBron unhappy with some fans courtside in Indiana pic.twitter.com/1Ud3B69G1E

James said after the game he had been on the receiving end of “obscene gestures and words”.

“There’s a difference between booing and moments where it goes outside the line,” he told reporters. “It shouldn’t be tolerated.”

LeBron had the last laugh, however, and not just because he was successful in getting the fans removed from the building. He erupted for 17 points in the fourth quarter and overtime to seal a 124-116 overtime win for the Lakers, finishing with 39 points, five rebounds and six assists.

James even emphasised his performance with a celebration that drew some attention.

LEBRON WILD FOR THIS CELEBRATION. 👑😂 pic.twitter.com/7Mz4dla95G

“I play the game with a lot of joy, a lot of passion,” James said when asked about his celebration. “It was just a byproduct of it, there were a lot of Laker fans here and I was just trying to make plays for them.”