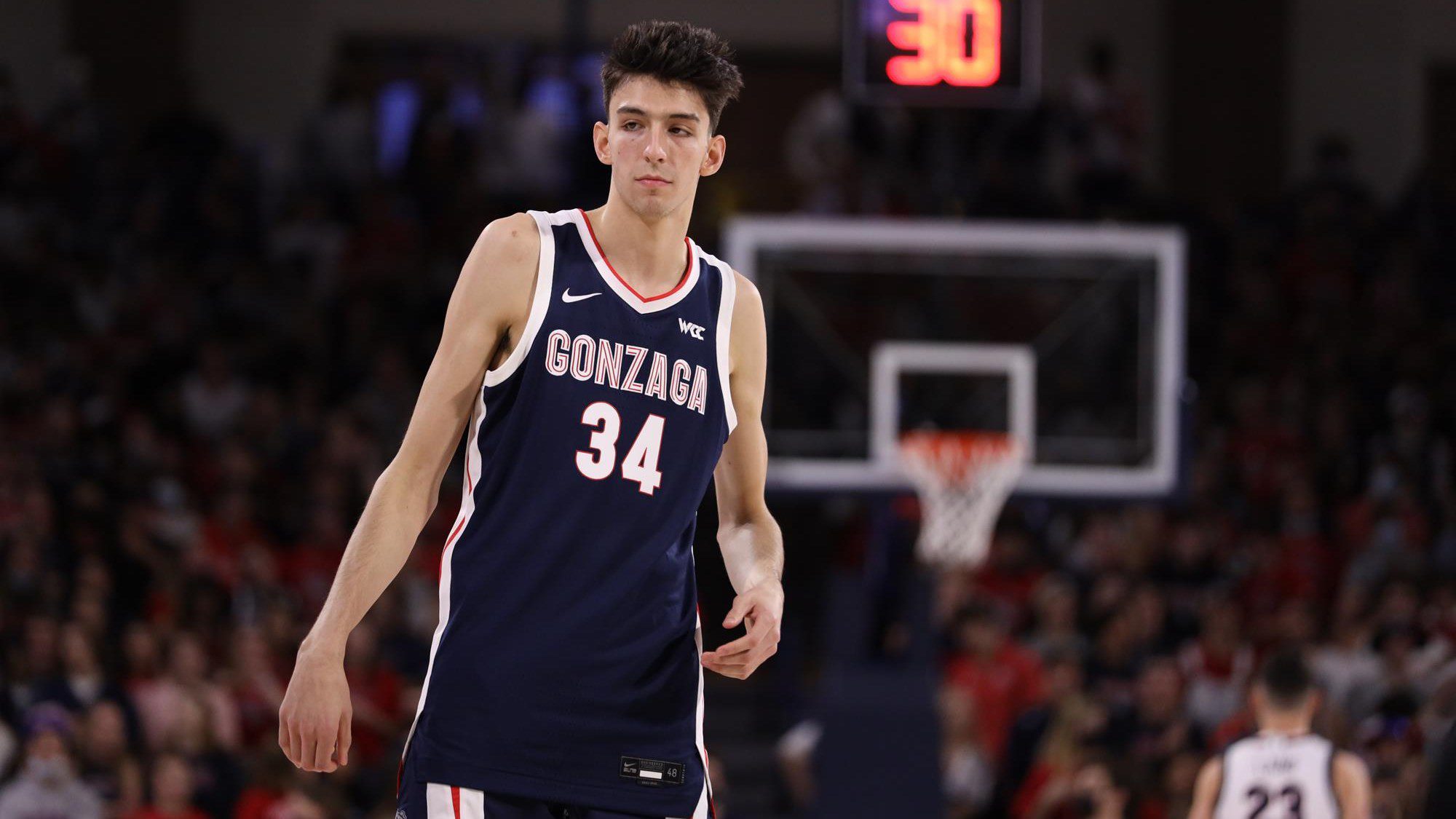 Gonzaga’ freshman Chet Holmgren – the consensus number one recruit in his class – solidified his top prospect status with a huge performance against UCLA on Tuesday night.

Holmgren scored 15 points on 6-8 shooting from the field and 2-4 shooting from deep to go along with six rebounds and four blocks.

Holmgren, 19, has drawn considerable comparisons to Brooklyn Nets’ superstar Kevin Durant; both players are long, lanky seven-footers who can knock down threes and impact games on the defensive end.

Obviously, Holmgren has a long way to go to match Durant – but his player profile surely fits the bill.

Jaime Jaquez Jr. led UCLA scorers with 19 points on an inefficient 7-22 from the field.

But there’s no doubt about it: all eyes were on Holmgren to see if he could deliver against elite competition; and he certainly did.