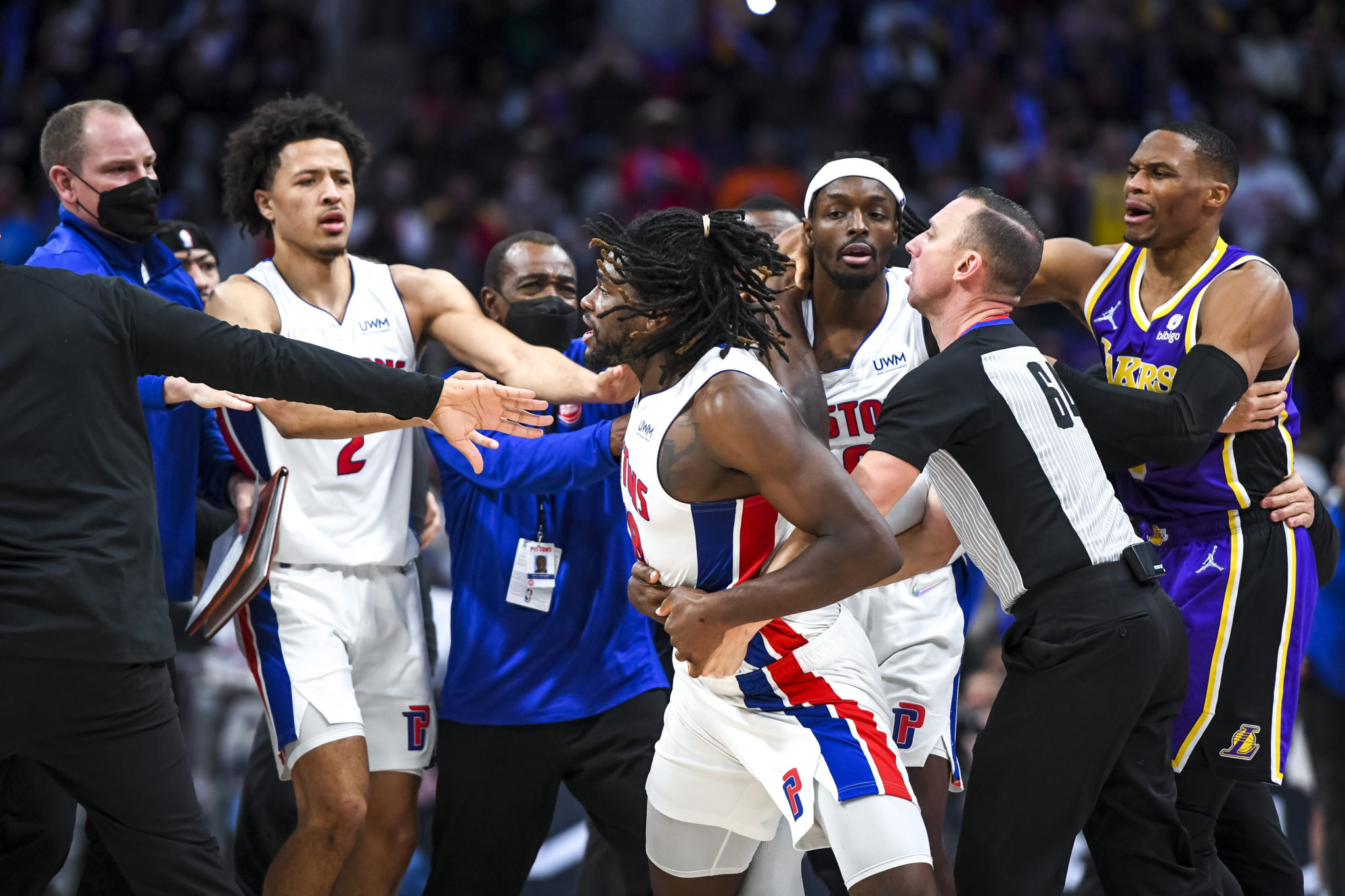 James’ blow drew blood and enraged Stewart, who attempted to charge at his Lakers opponent as other players got involved.  Detroit’s PA announcer repeatedly urged fans to stay off the court, undoubtedly with the Malice at the Palace front of mind.

The Lakers and Pistons had to be separated multiple times after this play between LeBron and Isaiah Stewart. pic.twitter.com/im0o7fXeoI

Addressing the incident after the game, Anthony Davis said James never intended to hurt anyone.

“Everyone in the league knows Bron isn’t dirty… it wasn’t on purpose,” Davis said. “We weren’t going to allow him to charge our brother like that.”

Carmelo Anthony said the incident did at least light a fire under the Lakers after a sluggish and disjointed start to the game.

“We could have easily let the game slip away but we needed to come together at that moment,” Anthony said on Spectrum Sportsnet. “… We needed something like that to spark our fire.”

Meanwhile, Pistons coach Dwane Casey claimed Stewart did not deserve to be punished by the league.

“He shouldn’t be facing anything,” Casey said. “Not getting off the court in time (is a small thing)…I don’t see any ramifications from the league on that.”

James and Stewart did not speak to the media. The Lakers and Pistons face each other again on November 28.