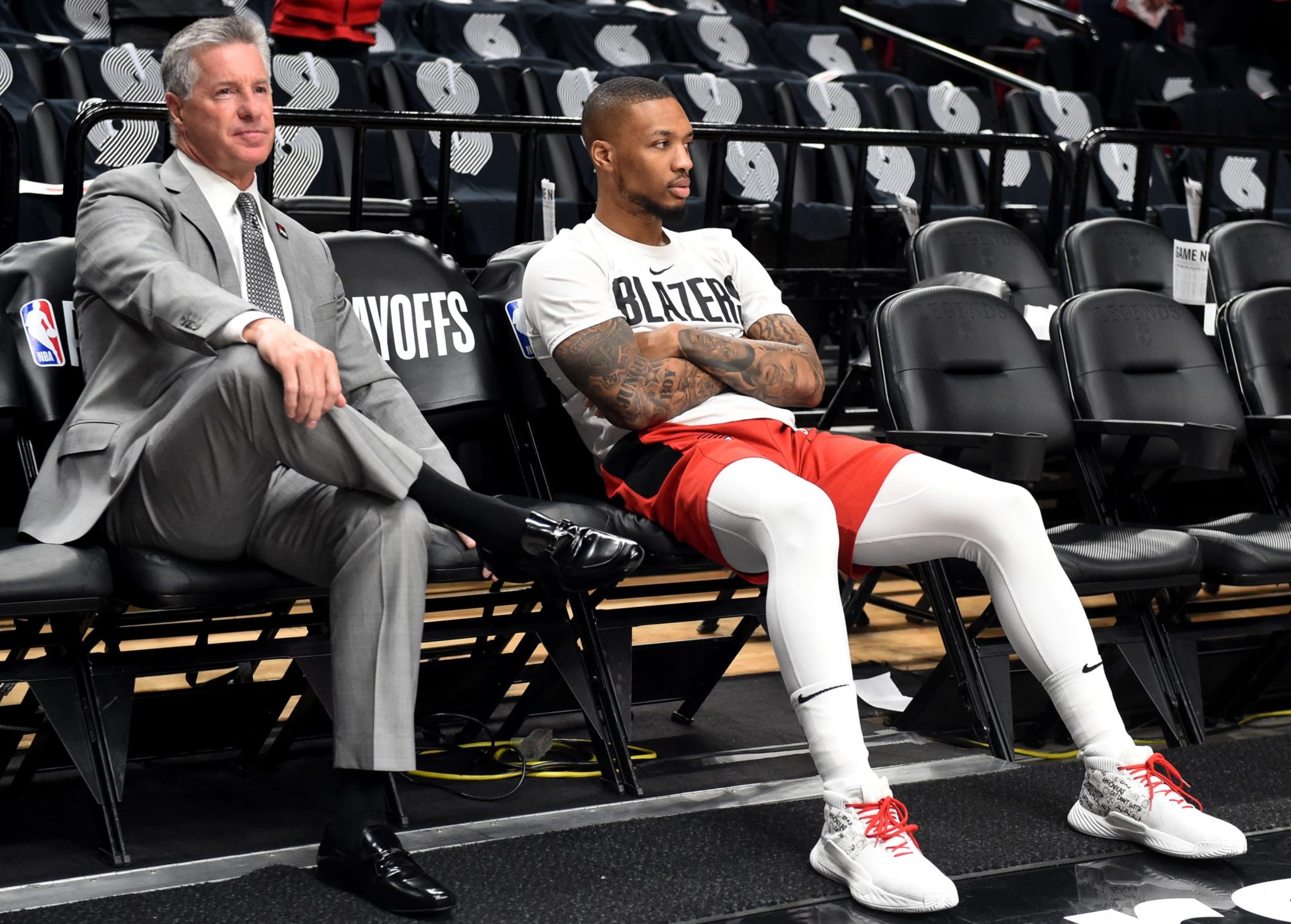 Several Trail Blazers players were contacted for interviews for the investigation into claims against Neil Olshey, Portland’s president of basketball operations and general manager.

Olshey has been accused of maintaining a hostile and toxic work environment.

The investigation, handled by O’Melveny & Myers, has centered on former and current Portland Trail Blazers’ staffers, but now the firm will ask players about their experiences working with Olshey, according to sources.

The investigation became public last week, but Olshey was at the practice facility every day this past week among employees who issued complaints against him.

Many believed a ruling on Olshey’s future would be announced, and on Friday morning, that belief was heightened when staffers received an email with the subject line, “Blazers Business Operations Update,” sources said.

However, the update was to inform staffers that Chris McGowan, the president of business operations and CEO of the team since 2012, was resigning from his position.

During his 10-year tenure, there was never an official complaint filed to human resources against Olshey until recently, sources said.

The investigation into the Trail Blazers GM is expected to be wrapped up in a few weeks.

He is alleged to subject staff to tirades laced with profanity, including towards former head coach Terry Stotts while Olshey sat courtside during home games.

Those incidents routinely caught the attention of Blazers players around the bench.

In October of 2017, late owner Paul Allen banned Olshey from watching the game inside the arena bowl after Olshey flipped off someone from the Los Angeles Clippers after Blake Griffin nailed a game-winning 3-pointer, sources said.

The incident was caught on live television.

Olshey, who was hired five months prior to McGowan, publicly set boundaries during the former president of business operations introductory press conference.

“Chris has his responsibilities at the Rose Garden, and I have mine at the practice facility [is] important to me,” Olshey said at the time while sharing the news conference table with McGowan. “Knowing someone that appreciates basketball operations but doesn’t think they have input into basketball-related decisions, just like I appreciate the job they do and support them any way I can, but I don’t come down to the Rose Garden to tell them how to put together season-ticket packages.”

McGowan was furious with Olshey’s comments, leading to an exchange between the two executives, sources said.

McGowan informed the Trail Blazers ownership group of his decision to step down on Nov. 1, prior to the independent investigation being launched into Olshey.