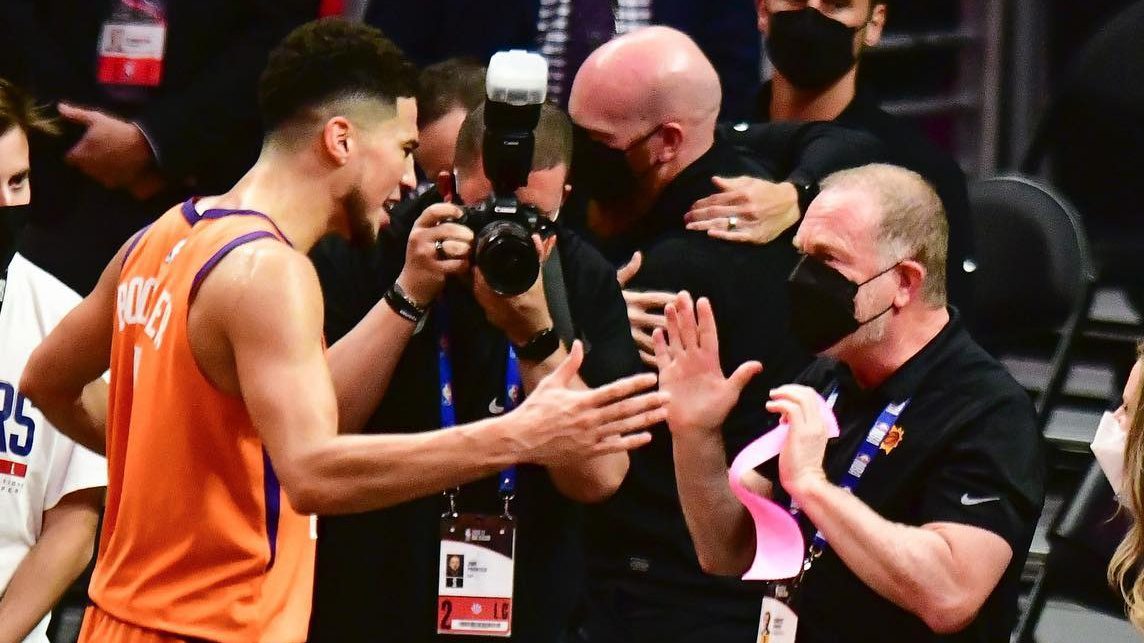 It follows last week’s bombshell ESPN report which quoted a series of anonymous sources who had worked for the Suns, alleging Robert Sarver was guilty of racist and misogynistic behaviour within the organisation.

Three former employees received messages from Penny, according to ESPN’s Baxter Holmes. The ex-employees said they believed the messages to be an attempt at intimidation.

The NBA launched an investigation into Sarver following the initial report on his alleged racist and misogynistic behaviour, which included the use of the N-word on multiple occasions.

His wife Penny confirmed she sent the messages, but said calling her actions intimidating “is as silly as it is wrong and outrageous.”

“Over the weekend, I decided on my own to reach out to a few people to try to set the record straight and to share how disappointed and hurt I am by the lies that are circulating about my husband and the Suns organization,” Penny told ESPN’s Baxter Holmes. “I shared the betrayal that I felt and I touched on some of the pain that we are going through as a family.”

The three former employees all received similar messages. “This is Penny Sarver,” one message began, according to ESPN. “I know a lot of bridges were burned between you and Robert and you are very bitter. I want to remind you that real lives are at stake here.”

“Please put your hatred aside and realize the hurt you are causing by spreading lies and fabrications. Is your time in the spotlight that important? If something happens to one of my children, I will hold you and Earl Watson personally responsible. Think about your own child for a second and imagine the tables turned.”

One employee who received a message from Penny claimed they didn’t “know how to interpret it other than as a threat.” Another said they felt “even more emboldened to speak to investigators.”

“You are such a liar,” another message said. “In your trying to destroy my husband with [your] lies — you have destroyed my family and children.”

Sarver has historically been accused of being a cheap owner, but this is the first time accusations of this nature and magnitude have been publicly levelled against him.