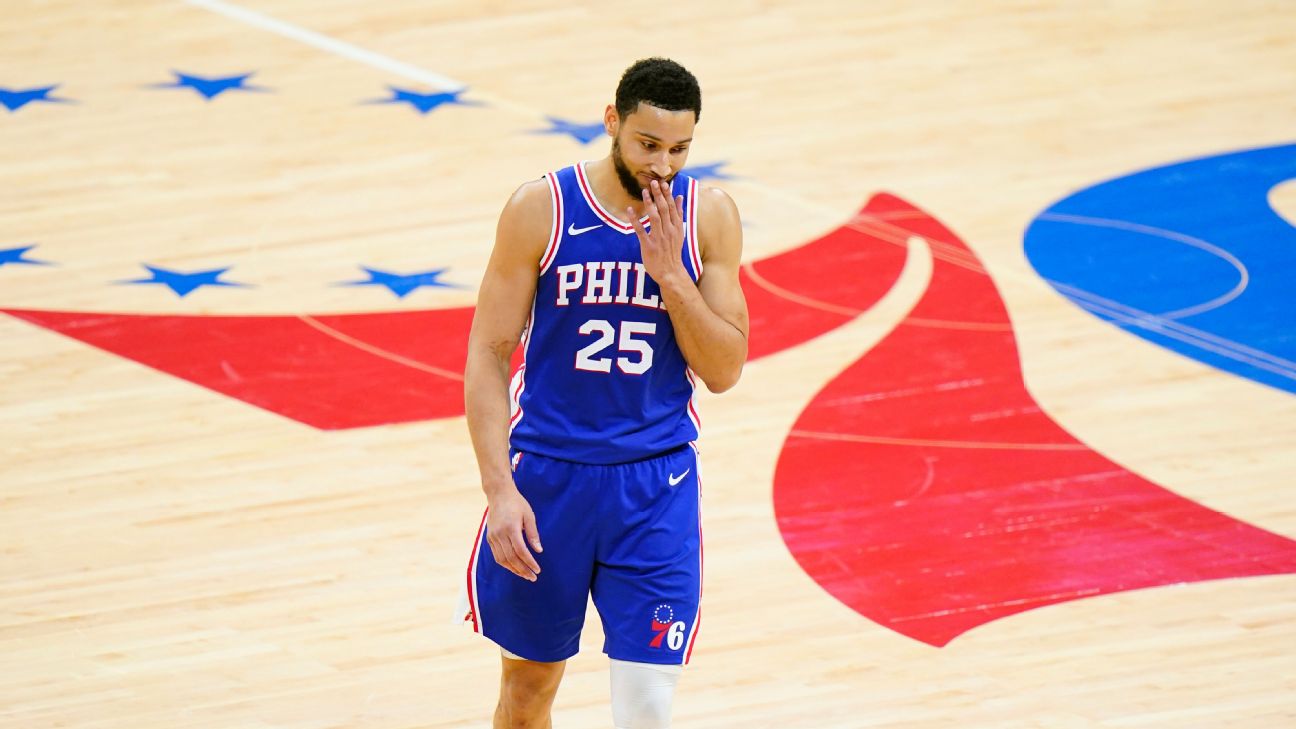 The Boston Celtics are interested in trading for 3x all-star Ben Simmons, per a report from Shams Charania of The Athletic and Stadium.

Simmons has yet to play this season for the Philadelphia 76ers due to a lack of “mental readiness.”

76ers’ President of Basketball Operations Daryl Morey has reportedly balked at trade offers not including all-stars; which may have caused speculation that the ailing Celtics would part with all-star Jaylen Brown.

However, many pundits were quick to point out that Brown is regarded near-unanimously as more of an asset than Simmons.

The Celtics and the 76ers wouldn’t likely be able to match salary with other players due to recently signed restrictions prohibiting them from being traded after signing extensions after a specific date.

As of now, it seems like more than a long shot Simmons could end up with the C’s – but stranger things have happened.